For many people, summertime means heading to the lake just as soon as the weather hits the upper 80s. It turns out, that’s Little Big Town’s version of summertime bliss, too, as evidenced by their 2012 track, “Pontoon.”

The song, originally released as the lead single from their fifth studio album, Tornado, earned the band their first No. 1 single on the Billboard Hot Country charts and remained at the top spot for over a week. “Pontoon” also clinched LBT several awards, including a Grammy for Best Country Group Performance.

Throughout the foot-tapping country track, Little Big Town paints the perfect summer day, complete with soaking in rays, floating, and taking an easy-breezy ride on a pontoon. Let’s dive into the lyrics behind the track.

Songwriters Luke Laird, Natalie Hemby, and Barry Dean reportedly came up with the title after a publisher asked about a track the trio wrote for Miranda Lambert called “Fine Tune.” The publisher seemed to only get the gist of the title correct, calling it “Pontoon” instead. Laird and Hemby liked the sound of the new title and decided to make the flubbed song name a reality soon after.

“It was started in a writing room at Universal Music, but we didn’t get very far—first verse, a few lines of chorus, but the music was clear,” Dean told American Songwriter in 2020 regarding the origins of “Pontoon.”

“It was months later before the three of us got back together because our calendars were crazy,” he continued. “We met at Luke’s office and it was right around the time Natalie was going to have her baby. We got together for a few hours, finished the chorus first, then wrote the second verse and bridge. They were both fun days.”

Looking Into the Lyrics

Swapping speed for an easy-cruising ride, the song fully leads into the comfort-first mentality of a pontoon boat. Unlike its Ski boat counterpart, pontoons are made for a gentle romp around the lake, perfect for enjoying a drink and relaxing with friends. Little Big Town sets that same scene with the opening lines.

Back this hitch up into the water / Untie all the cables and rope / Step onto the astroturf / Get yourself a koozie / Let’s go / Who said anything about skiing? / Floating is all I want to do / You can climb the ladder / Just don’t rock the boat while I barbeque

By the time the chorus hits, the listeners are headed straight toward carefree elation. Across the instant ear-worm refrain, they move into a “slow-motion” party, making waves and catching rays.

On the pontoon / Making waves and catching rays up on the roof / Jumping out the back, don’t act like you don’t want to / Party in slow motion / Out here in the open

The accompanying video is exactly what you’d expect it to be. The four-piece heads out to the harbor, with coolers and instruments in tow, ready to live out the day they sing about in the song. Their pontoon is a double-decker cruiser named “Boondocks”—a reference to another classic LBT song of the same name.

As the video croons on, the party grows bigger without ever losing that gentle breeze. Check it out below. 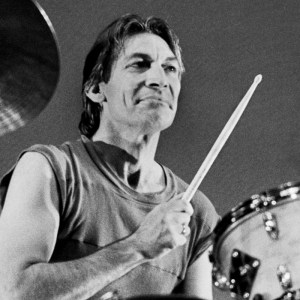 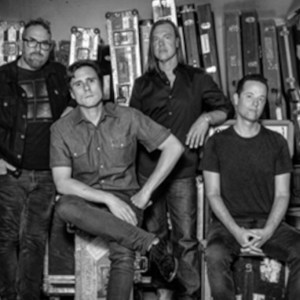