Last weekend, the Pitchfork Festival again graced Chicago and Union Park with its presence. Now in its 5th year, Pitchfork has gained a reputation as that other Chicago festival of note — the less corporate, less main-stream, and therefore more hip festival to Perry Farrell’s Lollapalooza that hits Grant Park in August. Unlike other larger festivals who work to assemble a breadth of big-name artists with a sprinkling of up-and-comers, the Pitchfork Fest (like it’s online magazine) concentrates more on displaying the depth of their contemporary with it-ness by assembling a conglomeration of the sharpest acts currently teetering on that ever-fickle cutting-edge. What results is, in my view, a somewhat motley crew of bands and artists, few of whom you are likely to hear on the radio and even fewer that care to be there at all.

This year the headlining act was the recently reunited 90s-era band Pavement. Yes, that same Pavement that 20 years ago would have been so perfect for Pitchfork’s unique (and I use that term loosely) contemporary market, but had the disadvantage of existing when bands flying under the popular radar relied on the tenuous word-of-mouth buzz created by informed record store employees and their underground ‘zines. Pitchfork has basically brought that underground ‘zine market to the masses and with it hundreds of bands not all that unlike Pavement. Oh, for joy!

There is a paradox lurking here. A paradox that I think operates as a bit of a metaphor for the culture surrounding the Pitchfork fest and much of the music on display there. In 1992, Stephen Malkmus of Pavement released a song called “Frontwards” with a chorus where he laments, ironically, the fact that he has “so much style that it’s wasted.” Pavement — a band too alternative for 90s Alternative — knew even then something weird was a brewing in popular culture. It’s like they foretold with spot-on accuracy the legacy that they would leave.

The old ‘zines promoting bands like Pavement offered something different — something we used to accurately call “counter-culture.” But something strange happens when the “counter” becomes the dominant, indeed, when it becomes incredibly fashionable. Something even stranger occurs in the frantic rush to be in fashion – to be that next big thing.

This paradox between the rise of alternative culture and the speed and demands of the fashionable seems to be where Pitchfork as both a publication and a festival operates. And by creating a business model that responds and revels in that phenomena, Pitchfork has stumbled on genius: the bands they endorse, like clothes in a department store, are constantly changing in that cold rush to stay unique and all the while Pitchfork promotes some, pans (many) others, and then employs their favorites to play their festival. Voila: modern capitalism at its finest.

But the residue of the model (and we surely can’t blame this phenomenon on Pitchfork alone) is that ever-growing community that we lovingly, with tongue in cheek, call hipsters. Those with so much style that it’s wasted. Those who have cake and eat it too, who love everything but own nothing. The hipster culture is counterculture with an exponent and the Pitchfork festival is the premier market for the hipster — so fashionable are its attendees that it’s possible for them to move from the softest folk music to hard-core gansta rap, to pop-princess glam without batting an eye. And this is the diversity that Pitchfork offers. They love it all, and will surely love something else next year. And Pitchfork will continue to thrive on the fast fashion of its proponents.

I offer these thoughts as someone not-completely removed from that culture, but as a concerned sometimes-member of it. My own experience has taught me to be wary of the fashionable, to shop at thrift stores, to not believe the radio or the hype, and to be wary of large groups of people who dress the same, like the same kind of music, and read the same books. This philosophy is the central irony of hipster culture. We have been being prepped by bands like Pavement and provoked by Pitchfork to, at once, become who we are but then to avoid people like whom we eventually become. Implosion is inevitable.

Not surprisingly, then, I found myself at the Pitchfork fest and by way of review, I offer my top five performances:

Swedish-born folkie Kristian Matsson operates under the moniker The Tallest Man on Earth and while an odd name choice for a singer/songwriter, after seeing him play, I can’t help but agree. The Tallest Man On Earth sings with a nasal, early-career, Tom Waits-y grit and he plays the guitar with a quiet ferocity that implies long hours of study. Though Matsson was jetlagged and visibly worn (“at my weakest” he admitted) during his set early on the first day, I couldn’t help wonder if I was going to hear anything more special for the rest of my time in Union park. Matsson prowled and staggered around the stage, sometimes sitting for a spell, all without missing a note of his carefully picked or strummed guitar melodies. I was moved by the of his precision of his playing and singing in the face of his fatigue and enchanted by the poetry of his lyrics. Truth be told, I don’t know that I did see anything better all weekend.

L.A.’s Local Natives came close. I’ve been listening to their record Gorilla Manor for months and like it more and more each time. That rarely happens. Having caught just moments of their set at Bonnaroo last month, I was anxious to see them again. I’ll admit that Local Natives have nearly everything that I want in a band and that I then judge all other bands by: catchy melodies and hooks, three-part and four-part harmonies, great guitar and piano playing. So much of Pitchfork seems to be about post-rock, or biting eclecticism, or just plain too-cool-for-school weird stuff. Call me old fashioned, but I still love being able to sing along. I wasn’t alone. The smaller Balance stage was packed, even with the incredibly popular Beach House playing over on the main stage (which, as good as Teen Dream is, if you’ve heard the record, you’ve heard them live – there isn’t much of a difference). Local Natives drew one of the largest crowds I saw all weekend.

I first came across Annie Clark of St. Vincent covering the Beatles’ “Dig A Pony” at a summer festival last year. I was blown away and I’ve not stopped listening. The first thing you notice about Annie Clark is her incredible guitar skills. All right, I lied. The first thing you notice about Annie Clark is that she is gorgeous, but wow, can she play that guitar. Her style pushes a few of those weird buttons but I’m all for weird if it is tied to great songwriting, which is exactly what St. Vincent is about. Her band cuts through the weird by making it interesting: subtle violins and woodwinds juxtaposed with noisy guitar effects and razor-sharp beats. If that’s not enough, Annie’s voice and poise should do the rest for you. She played songs from both of her releases (Marry Me and Actor) but in ready-for-festival versions that were different from club iterations I heard earlier in the year. If you haven’t seen her play or heard her records yet, correct that. Soon.

Titus Andronicus came out of nowhere to become another favorite of mine at the fest this year. Their Saturday set came at the hottest hour of the hottest day of the festival, and though the band must have been roasting up on stage, they powered through their set with smiles and stage dives. I’ve been listening to their new record The Monitor and was a bit daunted by the album’s songs, most of which clock in at over seven minutes long. But they bring it in their live show: tons of energy, growly vocals, American flags, and some really fine playing. There was a great moment when lead man Patrick Stickles saw himself on the large projection screen across the field, was startled, and then said that it was a “metaphor for our postmodern condition.” The postmodern crowd went wild.

Finally, Broken Social Scene cracks my top five if only because I have been a fan for years and not as yet had the chance to see them perform live. They didn’t disappoint. Having three guitarists seems like it might be bit overzealous, but the ways in which the band shares lead responsibilities, passes riffs (and instruments!) back and forth makes for sonic, who’s-doing-what captivation that is difficult to match. Throw in a three-piece horn section and occasional vocals from the beautiful Lisa Lobsinger and there were sometimes 14 people on the stage at once! They played some of my favorites from their 2005 eponymous record as well as several from their new album Forgiveness Rock Record. I was impressed by their ability to power through some sound problems without seeming upset or letting it effect their performance—a problem that killed several other performances over the weekend. BSS will definitely be a band I see again – and as often as I can after that as well.

A few to keep an eye on:

The weekend offered up a few surprises, some more pleasant than others. Bear in Heaven, a three-piece from Brooklyn, played a shady set on the Balance Stage. They surprised me with a great set of pseudo-electronic tunes where all the music was created on the spot, a courtesy that the over-hyped Sleigh Bells didn’t bother with. A few other bands, Berkeley’s WHY? and another Brooklyn band called Real Estate, impressed me by their shear tenacity to be unabashedly traditional in the face of so much hip eclecticism (I’m thinking of you Wolf Parade). WHY? dishes out amazing lyrics to boot: “I curse the last six months I’ve been hiding behind a mustache”. It seems that even hipster bands are growing weary of their ironic mustaches.

One other unexpected surprise came when I accidentally caught an off-bill band that was hired, I guess, to provide fill between comedy acts on Friday. The ultra-talented three-piece was The Modern Sounds and hails from Chicago. Playing stuff that ranged from straight ahead jazz to what could only be described as western swing, they doo-wopped, sambaed, and cha cha-ed for the gathering crowd without a shred a cynicism. Such musical honestly was like a breath of fresh air. The lead guy, Joel Paterson, was playing these Chet Atkins lines and I forgot for a moment that was at an indie festival. It was fantastic.

There was plenty more: Hip Hop and Dance and whatever Major Lazer is. Panda Bear and Modest Mouse (meh). Comedy from SNL writers and Daily Show contributors. Artists hawked their wares in what they called “Flatstock 26” – a massive conglomeration of some of the best and brightest poster artists. Labels like Sub Pop and Polyvinyl and several local and national used record stores had booths and sold the kids vinyl by sleeveful. They even had a program whereby folks who wanted to pitch in a bit could buy concert swag with recyclable trash that other folks left sitting around. I bought a shirt, poster, and guitar strap for the price of a few hundred beer cups. Not a bad deal.

At the end of the fest, sunburned and sore, I couldn’t help but admit that whatever it is that Pitchfork does, they did it to me. I had a great time. What can I say? Pavement was right and when they played “Frontwards” on Sunday night, we all sang along: “I’ve got style. Miles and miles. So much style that it’s wasting.” 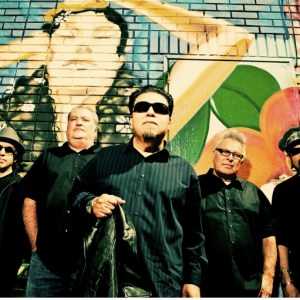