The organizations will work together to identify key opportunities to drive and influence change in the music industry and will be dedicated to building power for Black music creators and professionals. This work will span several strategies, including the creation of a Black music advisory group, a membership campaign focusing on the Black music community to drive new voting members to the Academy, an industry-wide diversity and inclusion summit and partnership in advocacy and legislative efforts.

Additionally, Color of Change will provide advisory support on the development and implementation of the Academy’s previously announced industry Inclusion Rider and Toolkit, which will be introduced later in 2020.

“Music plays a profound role in shaping our culture, and Black music has been the cornerstone in the development of the world’s dynamic soundscape,” said Valeisha Butterfield Jones, Chief Diversity & Inclusion Officer for the Recording Academy.

“The Recording Academy has entered a new chapter of transformative change, and we are honored to partner with Color of Change as we work together to set new standards to elevate Black music creators and build a more diverse and equitable industry.”

“Music has the power to reach new people and fuel social progress,” said Rashad Robinson, President of Color Of Change. “We look forward to building a long-term partnership with the Recording Academy and hope the work between our two membership-based non-profits will advance quickly accelerating changes in the industry.”

Progress and future announcements regarding the Recording Academy’s Diversity & Inclusion efforts can be found here.

About the Recording Academy:

The Recording Academy represents the voices of performers, songwriters, producers, engineers and all music professionals. Dedicated to ensuring the recording arts remain a thriving part of our shared cultural heritage, the Academy honors music’s history while investing in its future through the GRAMMY Museum®, advocates on behalf of music creators, supports music people in times of need through MusiCares® and celebrates artistic excellence through the GRAMMY Awards® — music’s only peer-recognized accolade and highest achievement. As the world’s leading society of music professionals, we work year-round to foster a more inspiring world for creators.

About Color of Change:

Color of Change is the nation’s largest online racial justice organization that helps people respond effectively to injustice in the world around us. With millions of members taking action every month, Color Of Change is moving decision-makers in corporations and government to create a more human and less hostile world for Black people in America. 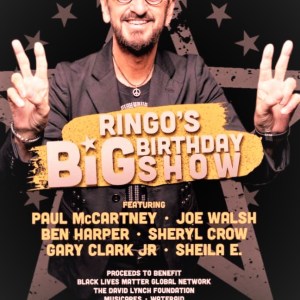