Honky-tonkers made for the modern day, The Shootouts, are known for their unique blend of honky-tonk, Americana and traditional country. Mixing equal parts old school country with western swing while peppering in some Bakersfield sound, The Shootouts effectively straddle the line between being a uniquely sounding outfit yet feeling as comfortable as an old friend from the first moment you hear them.

After releasing their widely acclaimed debut album Quick Draw in 2019, the band charted on Americana radio and were nominated for Best Honky-Tonk Group at the Ameripolitan Music Awards. On the road they shared the stage with luminaries Marty Stuart, Jim Lauderdale, the Nitty Gritty Dirt Band, Radney Foster, Sheryl Crow, and many more.

The plan from there was to head into the studio in March of 2020 to continue riding the momentum Quick Draw had given them. Little did they know a tornado would rip down the East Nashville street where their studio was located or that a worldwide pandemic would follow in its wake. Nevertheless, they persisted and what emerged was everything Quick Draw promised and more.

In tapping the legendary Chuck Mead (BR549) to produce their new project, The Shootouts found their musical match as evidenced in their brand new single “Everything I Know,” which American Songwriter is proud to premiere right here.

“’Everything I Know’ was written as a nod to the artists and bands that we loved from the ‘90s country radio heyday—something that maybe Dwight Yoakam, Patty Loveless, The Mavericks or Marty Stuart might have done,” Ryan Humbert (lead vocals, guitar) says proudly. “Outside of the obvious nod to that period of country music, I think there’s some classic California rock in there too. Maybe a little Jackson Browne, Tom Petty, Jeff Lynne or Linda Ronstadt mixed in for good measure.

“The song carries a simple message that is relatable to so many people,” adds Humbert. “We all carry learned traits from past relationships with us—the good and the bad. It’s what we do with them moving forward that can make or break the next heart.”

A runner of a song, Humbert isn’t wrong as “Everything I Know” is incredibly reminiscent of something you’d find on a record straight out of Bakersfield. In fact, between the pedal steel and Humbert’s vocals keeping in step with the march along drums, the only thing missing is Yoakam’s loosey goosey, left-leg sway. Still, as reminiscent as it may be, there’s no mistaking this isn’t repurposed Dwight, this is uniquely a Shootouts, sawdust floor, 21st century honky-tonk song.

“Between the band’s galloping arrangement and Chuck in the producer’s seat, I think we nailed it,” says Humbert. “It’s a great ‘driving’ tune.”

The album that “Everything I Know” calls home, Bullseye, is slated for an April 30 release. 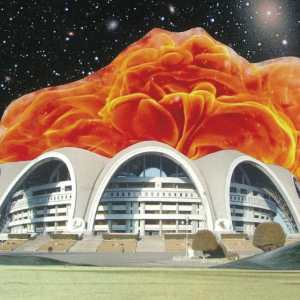