“Silence is important,” June explains. “At the end of the record, there’s the song ‘Home Inside,’ and then there’s what I call a silence second. It’s 30 exact seconds of silence before the bird songs begin. I think all the songs that I’ve ever written have come from that place.”

Living in Brooklyn, June is used to hearing the cacophony of a city in motion. This mixture of urban sights and sounds inspired the wiggling synth notes interrupting her vocal reverie in “You and I.” June also spent part of 2020 quarantining at the family homestead, a large expanse of land in rural Humboldt, Tennessee, where they recorded the backyard bird symphony she heard each day.

“Attention to sound is just part of being mindful,” June says. But this album’s sonic mosaic and cosmic references further the evolutionary leap she has made throughout her career. She began with a Hill-Country-Blues-meets-Appalachian-folk take in her 2013 Concord Records debut, Pushin’ Against A Stone. By 2017, she explored more complex arrangements in The Order of Time.

“I’ve been in this realm for a while,” she says. “It’s just that I concentrated it all in one record.”

“This realm” is that plane of existence some people reach when they’ve learned how to connect mind, body and spirit, allowing them to tap into the universe at a frequency most of us don’t know exists. She found her way there through meditation, which she began exploring after moving to Memphis at age 18.

For several years, June cleaned houses to pay the rent. “As I’d dust, I would start with a mantra, and I would let that mantra move me around the room,” she recalls. “Then I’d pick up the vacuum cleaner and let the mantra move me to that. And I just let my day become a meditation.”

When music became her career, she learned to relieve the stress of touring with “walking meditation.” Now, as soon as the band arrives at a performance venue, she steps out.

“I just get in my zone. I follow my breath. I follow my affirmations and mantras, and I get myself ready for the performance that I’m about to do,” June says. When the pandemic halted live performances, she decided to embrace sitting meditation—sharing her practice online. June has posted several guided meditations, including a gratitude-themed Thanksgiving session and a session for dreamers in honor of Martin Luther King, Jr.

June also posts poetry, songs, inspirational insights and observations about anything from gardening to the meaning of moon cycles. (More musings will appear in her first book, Maps for the Modern World, coming April 6 from Andrews McMeel Publishing.)

Often recorded by a fire in her comfy-looking home or a serene outdoor spot on the property where she and her four siblings grew up, June’s videos radiate optimism and provide a momentary respite from what she calls “the insanity of humanity.” They also convey her deep appreciation for nature. She treasures four-leaf clovers and puts flowers everywhere she can, including her hair—a striking mass of curly dreadlocks she wears in gravity-defying twirls atop her head or tumbling loose around her high cheekbones.

June’s relaxed demeanor and easy smile are as infectious as her music, which also incorporates gospel, soul, pop, R&B, African and Native American inflections, and, yes, music of the spheres, as represented by the bowls and chimes. June’s vibrato-free singing, sometimes childlike and nasal, sometimes whispery and pure, still evokes both ancestral voices and modern-day sensibilities. However, she no longer calls her sound “organic moonshine roots music.” Now, she simply labels it “ethereal.”

“It’s really pulling from the source of where music comes from, which is, to me, nature and all that is around us,” June says. “That’s the original roots, right there…be it wind and the way it moves and the way it hits chimes, or birds or whatever. We’re just mimicking it all.”

Mimicry or not, the Moon and Stars preview she released in November, a triptych about impermanence titled “Stay/Stay Meditation/You and I,” made the New York Times’ 2020 best songs list. Rolling Stone predicted the album would be “a career-making statement.”

Which brings us back to prescriptions for dreamers. Hers is, “Don’t let anybody take yours away.”

“Blues music,” June explains, “was about surmounting obstacles to reach whatever beauty awaited on the other side.” Getting there, she says, requires “telling the story of what you wish to see.

“When you observe life from that beautiful place, then what you put out there is positivity,” she notes, adding, “We need more of that right now.” 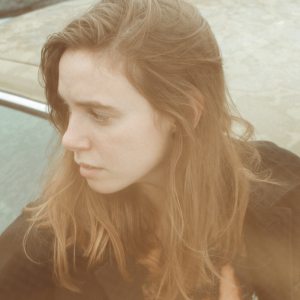 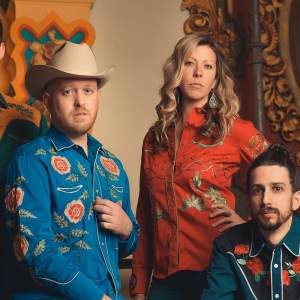