On Thursday night, The Sisterhood Band brought a Halloween costume romp to their hometown of Nashville. The show, which took place at 3rd & Lindsley, was a showcase of the duo’s catalog of original music (including a few brand new songs) and several fun classic covers.

The theme of the evening was “dress as your favorite legendary musician,” and the duo did just that. Ruby Stewart—daughter of Rod Stewart—went as David Bowie while Alyssa Bonagura—daughter of Michael Bonagura and Kathie Baillie of Baillie & the Boys—went as Shania Twain, and both iconic artists were paid homage to.

While Stewart and Bonagura were both pursuing solo careers when they met, they decided to start The Sisterhood Band in 2015 after Rod Stewart himself heard the duo singing Joni Mitchell songs together and recommended the idea. Since then, they’ve put out two EPs, debuted at the Grand Ole Opry and opened for Steven Tyler, Gary Clark Jr., Rod Stewart and more.

The show on Halloween night showed off the duo’s well-oiled performing skills. With Sam Hunter—who was also an opener on the bill—on guitar, The Sisterhood Band soared through some fan-favorite tunes, such as “Bullet” and “Get Up and Go.” Then the band went into a series of covers and brought out special guest Kree Harrison. The former American Idol contestant was dressed as Janis Joplin and delivered a soulful rendition of “Piece of My Heart.”

Both Stewart and Bonagura have fantastic voices, and to hear them deliver close harmonies over the PA was an exciting Halloween thrill—it’d be a thrill on a day that’s not Halloween too, but the added visual of Bowie and Twain singing together was really something special. With crowd participation and a palpable stage presence, it makes sense why The Sisterhood Band has been a popular choice for opener for so many big rock acts.

With a full-length album coming out in 2020, The Sisterhood Band certainly has more in store that’s worth keeping an eye on. 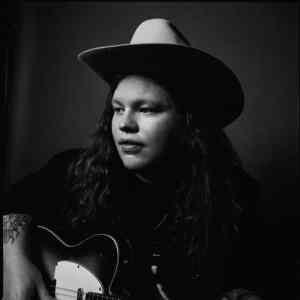 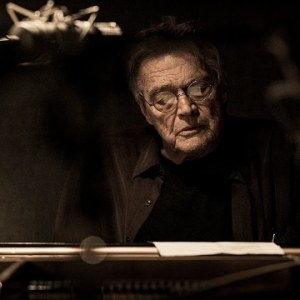