Held during the CMA Songwriters Luncheon at Marathon Music Works, the Triple Play Awards honored those musicians who penned three chart-topping country hits in 2012. For newcomers like Paslay, who topped the charts with Jake Owens’ “Barefoot Blue Jean Night,” Eli Young Band’s “Even If It Breaks Your Heart” (originally performed by the song’s other co-writer, Will Hoge), and Love and Theft’s and “Angel Eyes,” it was a chance to be recognized as one of the best writers in Nashville. While caterers walked around with plates of comfort food and audience members (nearly all of them songwriters) made plans for co-writing sessions later that week, the winners were called to the stage, recognized for their contributions to country music and asked to give a short speech.

Lady Antebellum’s Dave Haywood and Charles Kelley couldn’t make the ceremony, nor could fellow Triple Play winner Eric Church. Country stars Dierks Bentley and Brantley Gilbert were in attendance, though, as were behind-the-scenes hitmakers like Josh Kear (co-writer of Lady Antebellum’s “Dancin’ Away With My Heart,” Luke Bryan’s “Drunk On You,” and Carrie Underwood’s “Blown Away”) and Neil Thrasher (who wrapped up his acceptance speech by pointing to a group of record execs and declaring, “To BMG — thanks for not signing me”).

Not all of the songs were new. Paslay and Will Hoge came up with “Even If It Breaks You Heart” during a co-writing session in April 2009, and Thrasher wrote “Flyover States” nearly a decade ago, while Jason Aldean — who eventually took the song to number one — was still an unknown artist.

“The song has been around for a long time,” Thrasher told American Songwriter backstage. “It’s been pitched to everybody. It’s even been cut before, but it didn’t make the final album for that particular artist. It’s one of those songs you keep pitching and pitching, though, because you know it’s got a home somewhere. Fortunately for us, Aldean felt the same way about it. He cut it, put it out, and it finally did what we thought it would do: go to number one.”

Toward the end of the luncheon, CMA chairman Troy Tomlinson announced a $250,000 donation to the Nashville Songwriters Hall of Fame, which will be constructed inside the town’s new Music City Center. 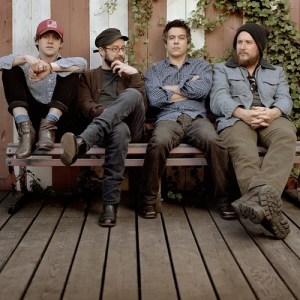 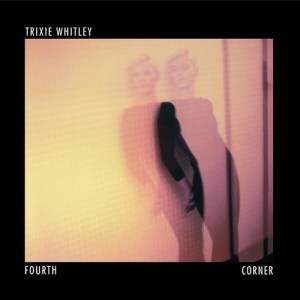