When Emmylou Harris’ “Where Will I Be” came on the radio a few years ago, a flood of memories rushed back to Thea Raknes. The Norwegian singer, who goes by the moniker Thea & The Wild, started thinking back to listening to Harris with her mother as a child.

“It gave me all sorts of memories from my childhood, and it was really emotional,” Raknes tells American Songwriter, of hearing “Where Will I Be” again and returning to Harris’ music—specifically that song—listening to it in the shower, when she was pregnant and as a musical mechanism to calm down. Captivated by the production of the track, off Harris’ 1995 album Wrecking Ball, and its slow marching drums and emotional vocals, Raknes kept returning to the song as a reference point while she was writing her third album, Deadheading (Fysisk Format).

Produced with partner Cato “Salsa” Thomassen of the alt-rock band Madrugada, and written entirely by Raknes, Deadheading moves through all her life changes like a nostalgic Memoriam of past days, facing compounding regrets and worries, along with her own rebirth and newfound freedom to explore her music differently.

The notion of deadheading—a gardening term referencing the removal of dead flower heads from plants to make room for new blossoms—and leaving something behind to begin anew resonated with Raknes, who relocated to the Hurum peninsula of southern Norway in 2017 to raise her two children. Removed from her family and friends in her hometown of Oslo, Raknes began to deadhead her own life.

“I missed my friends and my family, and they all live centrally in Oslo,” says Raknes. “I’m always wondering about what was the right choice, but you have to let something go to grow something new. You have to chop it off because then the new blossoms will come. Leave the old behind.”

She added, “I’m sort of telling myself what I should be doing in a lot of these songs.”

Throughout Deadheading, Raknes bares her fears and doubts, mental ups and downs, and some of the lighter moments in between. Full of her most vulnerable renderings, Deadheading goes back and forth from the internalized to interpersonal centering around relationships on the country-dipped “Poisoned Apple”—I knew I wasn’t easy / Oh, you picked a funny one—and moodier beats of an empowered “Little Sister,” opening with he’s not your king, and you’re no one’s pebble, while more premature perceptions of love funnel through the tender “The Moment.”

“It’s written from the point of view of when the relationship has stopped being a romantic one,” says Raknes of the latter track. “The moment we had, we lost it and it’s not coming back. That hasn’t happened yet, but I’m always worrying.”

Raknes addresses her mood swings and finding the right space during more despondent times in the hopeful pulses of “Misery Mountain”—the title pulled from a porcelain mug a neighbor gifted the artist from the tallest peak on Bjørnøya (Bear) Island in Norway. She links the remote locale (also called Misery Mountain), to where she’ll reset her bad moods. I’ve been saying things that I wish I could take back / And I’ve been doing things that I wish I could undo, she sings, reassured that things will be better once she comes down from her misery mountain.

“I had this idea of taking a step back when I have my sad days and I feel like everything’s just shit, and going up misery mountain and leaving everyone alone and not sending emails or calling people and not telling anyone,” says Raknes of the song. “Somebody gave me that advice once upon a time. When you’re in that depressed state don’t do too much. Don’t make plans. Don’t send too many emails. Just leave it and then come back when you feel like yourself again, so that’s what ‘Misery Mountain’ is about. But that’s not so easy, because I’d sit around, alone, being depressed—and that’s not smart.”

Moving from the more uptempo guitar throbbing “Stay Here My Heart,” more concerns resurface with questioned actions on the post-punk drum-and-synth glaze of “How Could We” and the bounce around negative thoughts —Oh when my days are like nights, I am the enemy / The same wave bringing me in / Is pulling me back out—on the more ambling indie-pop of “Rip Tide.”

Stuck between all her adult responsibilities and reminisces of earlier days, Raknes contemplates being a kid again on the steadier beating “Take Me Back.”

“That’s a clear longing to just be a child again because when I’m strolling my kid around in the pram, they’re just so safe and warm and have no responsibility and no worries,” shares Raknes of the song. “And I think, ‘wouldn’t that be nice to be like a kid again,’ and I’m nostalgic about that. Suddenly I have all these new parts to play in my life, because I’m a mother now, and I own a house. We’re all supposed to be responsible, but at the same time, we’re all just like a child inside in a way.”

Deadheading marks a period of new growth for Raknes, in song and songwriting, from the 2018 release, Ikaros, and her debut, Strangers and Lovers, which earned the artist a Spellemann (Norwegian Grammy) nomination in the Indie category.

There’s solace in motherhood for Raknes, but songwriting is a more abstract affair for the artist, which requires some measure of escape. Sometimes songs need greater distance which led Rakness to take a brief pilgrimage to the nearby Faroe Islands to write. Tending to her home garden of fruits, vegetables, and a collection of crested chickens who provide the family with fresh eggs, is where lyrics and melodies can often arrive as well.

“It’s so personal because all of the emotions are in it,” shares Raknes of her solitary songwriting. “If you’re working in the garden, you’re planting seeds, and it’s more hands-on and doesn’t require so much of the emotions you go through—the insecurities or questioning ‘Should I be doing this,’ or ‘Does anyone want to listen to this.” The garden is just happy and kind.”

Though writing Deadheading was a cathartic process for Raknes, the songs were ones that were necessary to cut in order for her own growth.

“I felt a bit more relaxed making the songs and that they were more honest as well,” says Raknes. “I’ve always been writing lyrics like symbols or metaphors, and I have a feeling they weren’t always as clear, whereas now, I think the lyrics are easier to understand. They’re more honest, naked, and a bit more scary.” 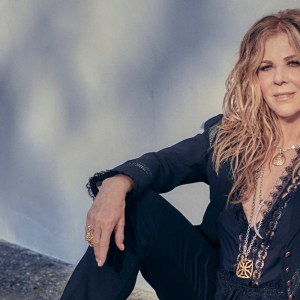 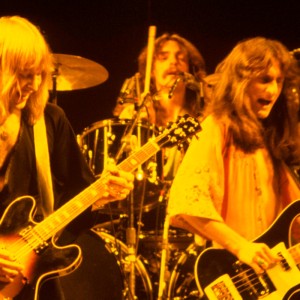