2020 found the loose thread in America’s fabric and gave it a hard tug. For many, the unraveling nightmare of the past nine months has proven difficult to navigate, and the light at the end of the tunnel feels dim. Steven Fiore, on the other hand, believes “change is coming,” and when asked what writing songs this year felt like, the 34-year-old singer-songwriter gently replied, “therapeutic and more liberating than ever.”

American Songwriter is proud to premiere Fiore’s surprise new record, This Is Where We Are Now – a condensed response to the current state of humanity and its inevitable need to move forward. “We’ve hit a boiling point,” Fiore states in an interview with American Songwriter. “What we are seeing right now is the struggle to give up the fight, but the power of understanding is going to take over at some point.”

The North Carolina-native spent the past five years writing and touring under the moniker, Young Mister, a childhood nickname gifted to him by his grandfather. “I began playing guitar when I was a kid because, you know, that’s just what you do,” Fiore laughs. After eight years polishing his craft writing songs for other artists with Universal Music Publishing Group, Fiore decided it was time to focus on making music of his own. It wasn’t long before the aspiring artist garnered national attention with his 2016 self-titled debut album, Young Mister, featuring numerous hit singles including, “Everything Has Its Place” and “Anybody Out There.” In 2019, the freshman release was succeeded by Fiore’s widely celebrated sophomore album, Sudden Swoon – both of which have paved the way for his newest offering, This Is Where We Are Now.

In featuring Young Mister’s early 2020 single release, “Familiar Colors,” American Songwriter concluded that there is “not a skip-worthy song in Fiore’s catalogue,” and This Is Where We Are Now is no exception.  Recorded in his historic loft-turned-studio skate shop, Reunion Tour, the album hinges on luscious acoustics, dad-rock electrics, and Fiore’s laid-back tenor – the Young Mister sonic signature.

This Is Where We Are Now, an album he refers to as “an audible snapshot of a world-changing year,” is Fiore’s most culturally relevant songwriting to date. “When I’m writing, I’m in my zone, and I can hash everything out the way it actually is or actually feels,” Fiore explains. While the eight-track journey centers on hot button lyrical motifs such as political polarization (“Both Sides”), racial injustice (“It Takes a Fire”), religion (“Invisible Man”), and COVID-19 (“My Phone”), the heartbeat of the record is hope. “Even when I’m writing about something negative, I always feel a bit of hope or resolution at the end. It’s like I’m always walking around with a Muppet movie playing in my head.”

“When the world stops ending, I’ll be with my friends doin’ all the things we used to do. When the world stops ending, I’ll be with you,” Fiore gently sings in the record’s final couplet. This Is Where We Are Now is the quintessential reminder of what truly matters in life. A reminder that “we shouldn’t waste any time worrying about meaningless things. All we can do is deal with the fact that we are all here together and just try to be as good to each other as we can.”

Stream the full record exclusively below and peek inside Young Mister’s This Is Where We Are Now with American Songwriter as Steven Fiore goes track-by-track through the music and lyrics of the record.

Monostereo Vinyl · Young Mister “This Is Where We Are Now”

The World Makes Sense Again
This was the first song I completed for the album. It’s truly autobiographical. As a creative, bleeding heart liberal who’s always struggled with taking the high road, this year has been rough. Through all of the internet arguments and the depression—from struggling to understand people’s inabilities to set aside political agendas to care about public safety and matters of social justice—my wife was the grounding voice of reason. She’s always been that for me. A hug from her, a cocktail on the porch, a long talk, and often a short cry, and everything feels reasonable again.

Run Away with Me
It’s a song about wanting to get away from the chaos, which I, unfortunately, have a feeling will be relevant for a while.

Invisible Man
Having been raised as a Christian, I’ve seen both sides. I’ve frequently made mention of God or Jesus in songs, and fans haven’t been shy with their questions about my faith. This was my answer. Someone told me the song “feels like the link between Christianity and true spiritualism,” and I really like that a lot.

Sleepy Town
I live in a small town with a population around 1,600. Like many small towns, we have limited options for places to go out, and I’m okay with that, but Covid-19 took our only good bar. For me, it shined a light on the other things that may be lacking. A town that birthed the legendary Nina Simone and once hosted parties attended by icons like F. Scott Fitzgerald is now close to half-empty on the strip. I’d like to find a way to get that spark back, or light a new one, because our little town is a real charmer.

This Is Where We Are Now
I believe what we’re seeing now is the struggle to accept a new way of existence, one that is based on compassion and empathy. This song is a call to action to those that are fighting against the long-needed wake-up call that has arrived.

It Takes A Fire
When George Floyd died, for a brief moment, we were all united (or at least most of us) in the idea the that an innocent man died at the hands of a corrupt cop. Then, the protests turned to riots. While I don’t support the notion that violence solves violence, I understand where anger and rage come from, and I feel deeply for the Black community for all they have had to endure. We’ve seen it throughout history. True change often only comes after a riot. Sometimes something has to be burning down right in front of you for you to see it for what it is.

Both Sides
I wanted to write a song representing a conversation from two people on opposite sides of the political divide that wasn’t skewed either way. Each verse and chorus is made up of actual quotes from conversations I’ve taken part in.

My Phone
I started writing this song in Barcelona last year a tour of the most beautiful music hall I’ve ever seen. A young woman in our group spent most of the tour ignoring the guide and the history and architecture of the space to take selfies. I had forgotten about the song, but when the pandemic hit, my phone addiction went from bad to worse. It made me realize that you never know what people are going through and why they might be seeking attention/validation. Just like that, the song turned from a snarky attack on Gen Z to an honest and hopeful look at the times and how I’m dealing with the isolation. 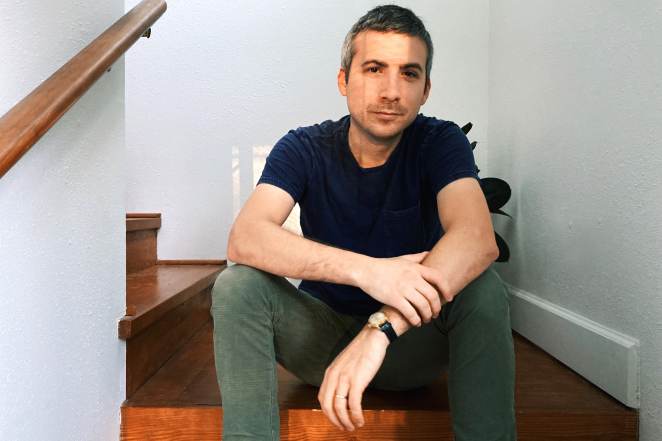 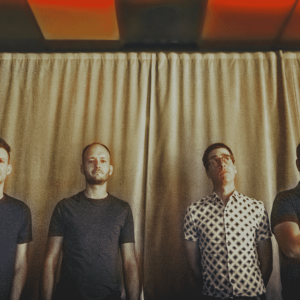 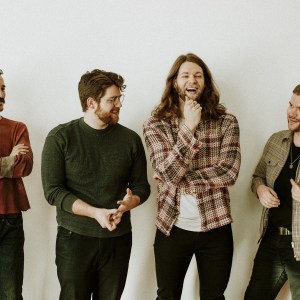