Straight out of Austin, where it doesn’t make it if it isn’t real, come Gentlemen Rogues. Setting up shop somewhere in the middle of The Replacements and The Old 97’s, Gaslight Anthem and Teenage Fan club, the Gentlemen Rogues are aggressive, guitar-driven rock brought to you through Rickenbacker guitars and a boatload of sass.

Let’s cut to the chase. Collectively Danny Dunlap (vocals/guitar), John Christoffel (guitar), David Hawkins (bass) and Josh Power (drums) kick out rock and roll the way it was meant to be fashioned, with fuzzy guitars, bottom end bass, a drummer and a badass singer. Catchy, amplified, melodic, the Rogues are the kind of real that rock and roll was meant to be.

Finally following up on their 2018 release Fatal Music, the guys are unleashing a new single with “Do the Resurrection!” via Denver, CO indie label Snappy Little Numbers. Better yet, the song is being pressed on a 7” half & half colored vinyl.

“’Do the Resurrection!’ was an exercise in minimalism,” explains Dunlap. “As much as I love bands who make complicated and interesting pop music like XTC, I also love the simplicity and power of the Ramones. As a songwriter, I feel like I’m always internally struggling with that dichotomy. Always trying to find that balance. With ‘Do the Resurrection!,’ I consciously set out to write a ‘simple’ song, one that doesn’t have a lot of chords, follows a fairly straightforward song structure, and isn’t very lengthy in its run time. It’s always an added bonus if the song also ends up with some hooks, and ‘Do the Resurrection!’ is definitely a catchy song.

“I mostly succeeded in my original goal of keeping the song simple but ‘Do the Resurrection!’ inevitably became more…complicated. I managed to keep the verses and choruses to three chords, but I can’t help but throw in at least one little twist and turn into a song. I really like when something unexpected happens in a song, and never repeats. I managed to squeeze in one of those little moments into the final chorus and also ended up having a dueling guitar solo, that gives White Reaper a run for their money.

“In the end, ‘Do the Resurrection!’ is a fuzzed-out blast of power-pop that playfully tackles love and loss, life and death, dying and undying devotion, rinsing and repeating.”

The upside to releasing a single via vinyl is there are two sides to the vinyl. The bonus B-side coming alongside for the ride is entitled “Bloody Rudderless (In Ursa Major),” a cover song consisting of 70% “Rudderless” by The Lemonheads, 25% of Superdrag’s “Destination Ursa Major” and 5% “When You Sleep” by My Bloody Valentine. Make sense? Please, allow Dunlap to explain.

“’Rudderless’ is my favorite Lemonheads song of all time, and I’d always wanted to do a cover of it. We eventually learned it and began playing it at band practice, mostly for fun. As much as I love the song, I’ve never been crazy about the song’s bridge. I just always found it to be a bit boring. I decided to write a new instrumental bridge for it that kinda sounded like something off of Bowie’s Ziggy Stardust album. It was cool, but over time we naturally ‘retired’ the cover.

“One day I had the realization that ‘Rudderless,’ ‘Destination Ursa Major,’ and ‘When You Sleep’ all had a chord progression in common. I started messing around with laying the drone guitar bends, from the Superdrag song, on top of the Lemonheads song’s chorus. It sounded really cool, and that spearheaded the idea into what the song eventually became. I replaced the ‘Rudderless’ bridge with a section from the Superdrag song, which miraculously managed to still feel like a bridge. By sheer coincidence, and from what I lyrically understand about the two songs, they both tackle the topic of substance abuse/addiction. From that perspective, the idea to merge these two songs turned out to be a bit lyrically serendipitous, as well. The melody line from My Bloody Valentine’s ‘When You Sleep’ makes appearance at the end, because why not?

“Could this be a 90s indie-rockers dream come true? At the very least, we think it’s a unique idea and hard to argue that it’s not pretty badass.”

Pretty badass indeed.
Pre-orders for the 7” vinyl launch on November 13th while the single will officially become available December 4th. 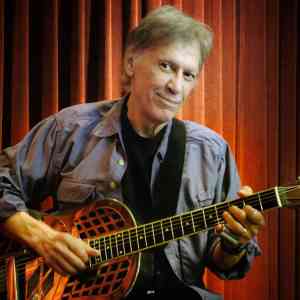 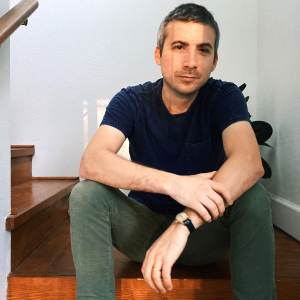