Way back when the Americana Music Association still expected to host AmericanaFest 2020, it slated the 19th annual Americana Music Honors & Awards for Wednesday, Sept. 16, at Nashville’s historic Ryman Auditorium. When the Academy of Country Music announced its awards ceremony would take place at the so-called Mother Church of Country Music on the same night, it seemed as if a showdown was brewing.

As it turned out, no fight was necessary. The ACM Awards taped Ryman portions in advance, then last week, the Americana awards, for which tickets never went on sale, officially canceled. But the organization’s new Americana Music Association Foundation did kick off its maiden event, “Thriving Roots: A Virtual Community Music Conference,” as planned on Wednesday.

Day one of the three-day conference was filled with live-streamed panel discussions, live and prerecorded interviews and music segments, and even a virtual trade show and goody bag.

Country/Americana artists Tanya Tucker, Lee Ann Womack and Brandy Clark spoke about those genres and the treatment of women within them on a panel moderated by journalist Marissa Moss with Tracy Gershon, cofounder of Change the Conversation, an advocacy group for women in country music working to fight gender inequality. Artists Kamara Thomas and the Rev. Osagyefo Sekou, and Lilli Lewis, manager and A&R rep for Louisiana Red Hot Records, joined moderator Marcus K. Dowling, a freelance journalist, on a panel titled “Beyond Representation: Community Leadership for Black Equity in Americana.” And Fayetteville Roots Festival founders Bernice and Bryan Hembree, who also perform together as Smokey & the Mirror, explored the Cate Brothers’ history with the twin hometown music legends, who played with Levon Helm and the Band.

And Linda Ronstadt made a rare appearance with producer/director James Keach and artist Eugene Rodriguez, founder of Mexican-American music and dance troupe Los Cenzontles (the Mockingbirds) following a screening of Linda and the Mockingbirds, Keach’s documentary of her 2019 trip to her grandfather’s hometown of Sonora, Mexico, with Los Cenzontles and Jackson Browne. Los Angeles Times music writer Randy Lewis, also on the trip, served as moderator.

While these virtual gatherings couldn’t possibly replace the immediacy — or the schmooze-factor — of a live conference’s panels and performances, there was a degree of interaction in the form of chatroom comments from viewers and often, participants. In live situations such as the “Ladies, Your Roots are Showing” panel, moderators sometimes posed viewers’ questions to panelists. That also couldn’t replace the ability to ask unscreened questions in an actual session, but even without that access, viewers clearly enjoyed absorbing the insights, observations and stories related by the speakers on their screens.

In that session, Tucker, who experienced a career revival with the 2019 release of her Brandi Carlile- and Shooter Jennings-coproduced album, While I’m Livin’, said she always thought country could be a bigger genre than it was when she first hit big. Americana, she said, opens its arms to artists who no longer fit country’s still-rigid genre definitions.

“This is definitely a great outlet for artists like me who have been around for 50 years and still have something new to say, and sing,” added Tucker, who earned her first Grammys, for Best Country Song and Best Country Album, with this release — her first of all-new material in 17 years. But it’s not just a sanctuary for artists no longer considered mainstream country. Moss named several younger women in the top 10 of the current Americana singles chart — Kathleen Edwards, Sarah Jarosz, Courtney Marie Andrews, and at No. 1, Margo Price — then jabbed that none will be heard on country radio “in a million years.”

But being labeled Americana as opposed to country doesn’t bother Clark, who will release “Same Devil,” the first of two new singles also produced by Carlile, on Sept. 25 (the second, “Like Mine,” follows on Oct. 2). “Just because it’s not called country and maybe it falls into Americana doesn’t mean it’s not country. And more importantly, it doesn’t mean it’s not great,” she noted. “I think, get in where you can fit in the best you can.”

As the day progressed, finding community emerged as a theme of sorts. On the Black equity in Americana panel, Lilli Lewis mentioned being handed a list of artists to study as examples of what R&B vocals should sound like. All were white. When she mentioned artists such as Aretha Franklin — aka the queen of soul — she was told they needed to adhere to the current industry standard: those white artists.

“They still pose the standard as having a white face, yet the roots of this music, it’s not a white space,” Lewis said. “That misrepresentation and misunderstanding becomes assumptions, limiting who gets to have a career and what it might look like.

“ … Historically speaking, it’s been the music that’s carried us through,” Lewis added. It helped Blacks survive chain gangs, slavery, working in the mines. And once you escaped, she said, “You’d find a place to be in a community and make music together. … Community, healing, sustainability … all of the things that make humanity worth saving is discovered through the music, and that’s precisely what’s being shaved off when we make these presumptions about what this music is supposed to be permitted to say.”

By reclaiming those values and building art, community and business around her own value set, she explained, “I’ll become the new standard.”

Later, she noted that Black Americans “have been subject to every tier of indecency and dehumanization known to mankind, and we are still here” — and no longer willing to perpetuate any societal structure that requires subjugation of one class by another. “We are a formidable people, and what needs to happen is an acknowledgement of that,” she asserted. “What needs to happen to save this whole situation is an embracing of that.”

Though Keach said he tried not to make Linda and the Mockingbirds political, he felt compelled to show the humanity and heritage, heritage “and the pride and the dignity with which all these people carry themselves.”

“I hope a lot of people who have some sort of preconceived prejudice about this situation at the border, and Mexican heritage, I hope they watch the film and they go ‘Wait a second, these are wonderful, beautiful people, and they have families just like us, and they’re celebrating life with music, which is something we all need to do more of’” Keach said. “I mean, at the end of the day, the movie is a celebration. It’s a musical celebration of Mexican heritage and of humanity. … When audiences see this, it’s gonna change their perspective.”

While some commenters criticized the fact that all the participants on a panel titled “Indie Labels in the Time of Consolidation: Surviving or Thriving?” were white and male, chatroom comments were mostly appreciative, or downright effusive. Of Browne and Staples’ session, Julia Postel wrote, “This dialogue is so beautiful! Makes me feel ‘present’ to hear them and see them — miss live music so very much!”

Of the Ronstadt film, singer-songwriter Fran Lucci praised, “What a beautiful film and an important one. Thank you so much for sharing it with us. I can’t wait for the rest of the world to see that ‘we are all the same people.’”

The conference continues today and Friday; today’s schedule includes performances by Sheryl Crow, Ray Wylie Hubbard, Kathleen Edwards, the Lumineers, Shakey Graves and the Lone Bellow, among others; a conversation with Sarah Jarosz, Chris Thile and John Leventhal; another between Yola and foundation board member Brandi Carlile; Mary Gauthier and Jaimee Harris in a session titled “Accessing the Universal in Your Songs: Mercy Now”; an artist development case study featuring the Black Pumas; and focuses on North Carolina muicians and the Fayetteville Roots festival. 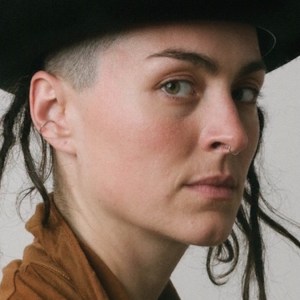 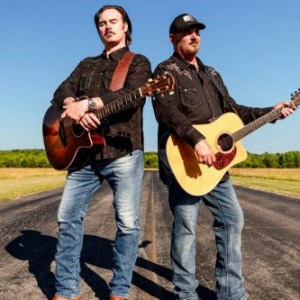