When Tokio Hotel debuted with Schrei in 2005, singer Bill Kaulitz and twin brother, guitarist Tom were 15, while bassist Georg Listing and drummer Gustav Schäfer barely hit the 18 mark. It seems like a lifetime ago since those early teen years, and a non-stop ride of touring and concocting their own blend of alt-rock turned more sonic-pop as the years moved on. When the German rockers had to cut their Latin American tour short earlier this year due to the pandemic, they started reflecting on the past 15 years, revisiting old videos, photos, tour schedules, and memories, and decided to commemorate their history by reimagining the song that started it all for them, “Monsoon.”

Marking a new era of Tokio Hotel, “Monsoon 2020,” and an updated German version, “Durch den Monsun 2020,” is just the beginning of a new chapter, and the flood of reflections, for the band. Currently writing his autobiography, Bill has been digging even deeper back into the band’s nearly 20-year career.

“You start looking back and remembering things and revisiting parts of your life you thought you’d never visit again,” says Bill. “It’s also going back in time with the band and going through old photo albums and old hard drives. It feels like a different life sometimes, because when you’re 15 years old, you’re a different person, and it’s like you’re looking back on someone else’s life.”

What feels like a lifetime ago, also felt like yesterday as the brothers started listening back to their earliest version of “Monsoon.”

“When I hear the very first version of ‘Monsoon,’ I recorded it when I was 12 or 13, and I just loved how innocent we were,” shares Bill. “We had no idea about songwriting and never thought that it would become such a big hit. It was just another song we were working on in the studio, but looking back on that it’s a bit nostalgic and gets you sentimental. We were such babies.”

Typically, the Kaulitz brothers don’t get lost in nostalgia or look back when it comes to Tokio Hotel. It’s always about the next song and the next move, but there was something about “Monsoon” that made everything more intentional when marking the band’s 15-year milestone.

“This time it was special, because we planned this,” says Tom. “We were like, ‘okay, it’s been 15 years. We have to look back, look at old photos, maybe put out a new documentary or do something with the old footage we have,’ and that’s what we did.”

Monsoon does symbolize change. In retrospect, “Monsoon” was the starting point for Tokio Hotel, and “Monsoon 2020” is the band’s turning point. In breaking down the song’s lyrics and meaning today, the Kaulitz brothers found that the song still remains relevant in its message, now more than ever.

“It felt like a sign because there’s such a positive vibe in the end,” says Bill, reciting the lyrics Together we’ll be running somewhere new. “I think that’s what we all want right now. We want to belong together. We’re in it together, and we want to run towards something better.”

To accompany the new version of the song, the band released a video documenting the making of “Monsoon 2020,” featuring the brothers’ reflections and looking at the world, and music, now. “When we had the idea to rerecord ‘Monsoon,’ we looked at the lyrics and said, ‘how would we write it today?’ What would happen if someone handed us these lyrics and said, ‘make a song out of it?’” says Bill. “We were rediscovering the track, so we rewrote the whole melody, changed the chords, and the whole vibe of the song. The only thing we kept were the lyrics and the original tempo.”

Originally, Tokio Hotel considered recording a more stripped back, acoustic version of “Monsoon,” instead of something more synth-fused, and had to rethink other grand plans around their 15th celebration once pandemic hit.

“At first, we wanted to do something special and something people haven’t seen before, maybe with a big orchestra,” says Tom. “We wanted to book a theater somewhere in Europe and make it a big celebration, invite other artists, play some old songs, and then Covid happened, and we had to come up with something different. So we went into the studio and were like ‘let’s not remaster or remix ‘Monsoon,’ because that’s boring. Let’s rewrite this thing but keep the nostalgia, keep the meaning, and take it into 2020.’”

Reflecting on how the band created music when they were younger, from Schrei through Zimmer 483 and their first English-language release, Scream, in 2007, they were naturally up against a learning curve in their teens, but always jumped right in with whatever they came up with at the time.

“We were always the kind of band that wanted to be out there and perform,” says Tom. “What we did back in the day is I grabbed my guitar and we made a song out of the first three guitar chords I was able to play.”

Looking back, there was something charming about their naivete—and it worked.

“I think the original ‘Monsoon’ version has a magic to it, because we didn’t have experience,” says Tom. “We just did it from a natural feel and open mind. At the time, we didn’t even know how a song was structured. We would have songs with one verse and record or change the key to a completely different song.”

Now, with six albums in and more production experience behind them, everything is more structured and planned, but they’ve reached a point where there’s more freedom to experiment with their sound.

“You always want to outdo yourself,” says Bill. “There’s always this voice that says ‘this record needs to be better than the last one,’ and sometimes we’re our own biggest competition in a way. We shouldn’t be too hard of ourselves, but then again it’s all creative work and sometimes it just doesn’t come together.”

The past 15 years have been an exercise in freedom—beginning with Bill and Tom’s move to Los Angeles, while Georg and Gustav still reside in Germany. “We felt so isolated from the world, and we didn’t have much culture and didn’t go anywhere,” says Bill of their younger years in Germany. “We would just be in our little bubble. Life was just no fun, and we were so uninspired. We needed to be a part of the world, and see things, and listen to things.”

Tom says they eventually reached a state where they wanted to write music again, and Dream Machine, was a big turning point, following he band’s break from their major label, and a shift in sound reflecting what Tokio Hotel wanted to explore sonically at that point in their career.

“Out of frustration, we needed to do this ourself,” says Bill. “There was no writer and no producer, so we needed to be more hands on with the music. It needed to come from an honest place.”

Looking back, the first album was also one of their more authentic, because they were doing it by themselves, and the music they were releasing was something they loved, reveals Tom.

“Dream Machine is forever going to be one of the most important records for us as a band, because we were just so free and open,” says Bill. “We just want to go back to the core of Tokio Hotel, just the four of us making music for the sake of making music, and to have fun with it, so we started to do that.”

Bill adds, “We locked the doors and the windows and didn’t let anyone else in. It was just us, and that was so important for us as musicians. Now, we are finally able to open the door again and test the waters with creative minds.”

The difference now comes down to selectiveness in collaborations, says Tom. “We only want to work with people that could be our friends,” he says. “I want to hang out, drink and have fun with this person if I’m making music with them.”

Tokio Hotel only want to make music they enjoy—and that they would actually listen to. “I don’t want to record a song thinking ‘oh, that could work for radio,’” says Bill. “I want to take a risk and I want to love it. For us, the biggest test is asking ‘would we listen to this?’ Some artists record songs because it’s going to be a hit song, but can they listen to it in their own car?”

Acknowledging their hardcore fans who may still want the band to sound like their Schrei and Scream days, Tom says it’s all part of the evolution. “We want to make music that we personally love and that we want to do,” says Tom. “That means change. That means risk.”

Still taking risks, Tokio Hotel released new singles “Melancholic Paradise,” “When It Rains It Pours,” and “Chateau” in 2019, and following the sweep of “Monsoon 2020” will release more new songs leading up to their seventh album in 2021.

“We already have some amazing songs, but the process is always the same,” says Bill. “You’re doing something that you love it, but then in the last couple of weeks you write something even better and rearrange things. But looking back on the albums, that’s really what we always did, so we’re going to embrace this time in Germany and go in the studio with some cool people that we like.”

Back in Berlin, where they’ve rented a studio for several months, the band has been in all-day sessions writing, recording, and shooting some off-site videos.

“We just have a different approach, because we never saw Tokio Hotel from a business perspective or something that we do as a job,” says Tom. “Tokio Hotel is who we are. We never had this line where this is me in private, and this is me in Tokio Hotel. It’s just us. It’s Tom and Bill and Gustav and Georg. We are Tokio Hotel, and we always want to make music that we love.” 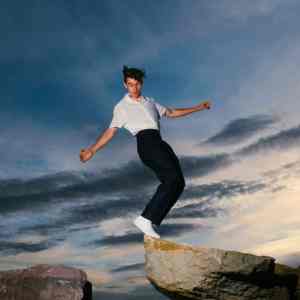 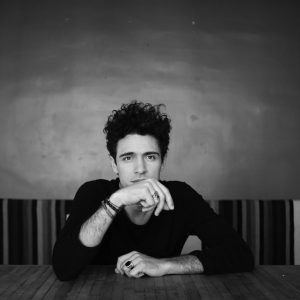