Stats’ sophomore album, Powys 1999—out today via Memphis Industries—plays like a rave soundtrack for both the end of the night and the end of the world. But for frontman Ed Seed, it’s also an ambivalent homecoming record, named after the county in Wales where he grew up and where the London band recorded the album.

“Me and the producer, Tom [Andrews], we took the band up there on a train,” Seed recently told me over the phone, recalling a pre-COVID trip to Powys. “It’s in the middle of nowhere on the side of a mountain. I knew I wanted to make a record about back home. I was thinking about people like my mom and dad who went to live there in the ‘70s and ‘80s—lots of people were there already, trying to live in a slightly alternative way, a way outside the mainstream.”

We caught up with Seed last week about Powys 1999, Prince, and partying until dawn. Check out the full interview and listen to Stats’ new record below.

Vinyl or CD
Buy from Amazon

American Songwriter: Where are you right now?
Ed Seed: I’m at home in London—I’ve just been working on a fun job where I have to make a power ballad.

When and where did your vision for Powys 1999 start to take shape?
The studio is a residential studio in Wales, very near where I come from, which is a county called Powys on the Welsh border with England. It’s about 200 or 250 miles from London. Me and the producer, Tom [Andrews], we took the band up there on a train. It’s in the middle of nowhere on the side of a mountain. I knew I wanted to make a record about back home. I was thinking about people like my mom and dad who went to live there in the ‘70s and ‘80s—lots of people were there already, trying to live in a slightly alternative way, a way outside the mainstream. That’s what it was like when I grew up. There were lots of people trying to live in communities and communes in a… different way.

I’ve been thinking about that more and more, particularly because I’ve just had a son of my own. And I was thinking about what was unusual or what seems unusual in retrospect about where I came from and how I grew up. I felt quite inspired by these people trying to live in an unusual way or a way that was not conventional like ‘Get a job, get a house, get a mortgage, do this, do that.’ And I felt increasingly like we’re stuck for ideas about how to live in a new way. I wanted to think about all of those people. The first thing was to just take the band there. Our producer Tom, he’d been working at this studio. It was so close, like 30 miles from where I come from. And it looks just like it. So I thought, “Take them there, let them soak it up, let them see and feel it, it will be October, it will be windy and rainy and dark and cold, and sometimes it will be sunny and bright and beautiful but you’ll get a lot of weather, you’ll feel it.” And we’ve all been playing together for such a long time—we all understand each other musically.

For me it’s just getting everybody in the room. It’s like the opposite of COVID. You’ve got to all be physically in the room together, touching and breathing the same space, and then you play. I had lots and lots of words written—I write lyrics on my phone, and I’ll have a huge document of things, but I won’t make songs out of them until the band has come up with music. The way that we do that is just by jamming. We start, pick a tempo, John the drummer gets a click, but everybody else is just playing to him. Everybody’s in the same room, there’s a load of instruments, they’re all set up, all the band can play whatever they want, and we just play for anywhere from five to 40 minutes. Then I go back in and I listen to those jams and I pick out the loops and I put them together and then I write to that. That was pretty much how we did a lot of this record.

There were some songs—like “Travel With Me Through This Ghost World”—where that lyric existed written as a complete thing, but it didn’t sound like that. That wasn’t the music, necessarily. The only song that was kind of written was “Kiss Me Like It’s Over.” That one I had the lyrics and I had the chords, not anything else. I just wanted to have something where the harmony didn’t move at all, but then the bass would move, and the bassline moving would define how you felt about the chords. Once I got that looped together, we all played to it. And I was like, “This is the door, this is the gateway.”

It’s funny that “Kiss Me Like It’s Over” is the only song you sketched out in advance. I was going to ask about that song in particular.
Oh really, how did that strike you as different?

Well, you explicitly mention an apocalypse. But it’s also just so intense—it feels like an inflection point in the album.
Yeah, it is the heart of [the album]. That’s why it’s in the middle. There was a while when I put it first, like it was going to open the album, but it was too intense. It needed to go in the middle. There were a few things going on there. Yes, there is the apocalypse… There were some people who, when I was growing up—being up in the mountains and being up in the hills very isolated—some people were quite paranoid, they were like survivalists, people who were running away from a changing world, often for pretty negative reasons. There were apocalyptic people there. But there were lots of people into New Age stuff who would occasionally get into more conspiracy theories. Of course now that stuff has taken over the world.

But I was also thinking about [the fact that] there were lots of people who would have raves in the hills. You set up in the forest or in a shed on a mountain, and just get a sound system and go because no one’s gonna stop you, ‘cause you’re in the middle of nowhere. No one cares. I was too young for most of this stuff, so I kind of missed out on it. So [this album] is sort of my dream about what some of that was like. There were lots of ravers and lots of travelers. In the late ‘80s, in Britain, a lot of people went between acid house stuff and the free festival circuit. This was when going to festivals wasn’t a mainstream thing to do yet.

I was thinking about that time where you’re at a rave or a party and you’ve taken stuff and you’re outside and the sun is coming up and the dawn is coming and the end of the party feels like the end of the world. You can feel it draining away from you. You’re grasping for someone, you’re reaching for contact, you’re reaching for some shred of humanity. You feel wretched and abject. It feels so close, terrifyingly close—the end of the world. It feels like a super apocalyptic time, and this was before COVID—this song was written over September, October last year. But it felt like such a dangerous time. And I kind of wanted to wrap together that feeling and the specific feeling of a party coming to an end. There’s wild feedback in the background and the degenerating synth sound. Tom was playing this loop through a big speaker, just playing it at an incredible volume, shredding the speaker.

You said that you were in the studio with your band. Was that the same band you perform with?
Not everybody could come the whole time. Some people play in the studio, some people perform live. But it’s anywhere from five to eight people who are loosely in Stats. There was a full crew for the first two or three days, then people had to go back to London for work and things. Nicole, who’s on the cover of the record and who sings all the duets with me, she plays the piano and synths and cello and stuff. She and John, the drummer, stayed for the most time. There were songs like “Innocence” and “Travel With Me Through This Ghost World” and “If Only” that the three of us put together with Tom the producer, later.

That’s not really how we’ve ever done things before, ‘cause I’ve never brought songs to the studio and then said, ‘Oh, this is how this goes.” [The songs] grew from particular sounds. The piano at the top of “Innocence”—that’s [inspired by] a Prince song, off Piano and a Microphone, from 1983. The track is called “Why the Butterflies.” He’s just slamming away on the low octive, so I just did that for five minutes. And then we built the song on top, and I had that lyric from a while ago, bits of it, from another song. Then me and Nicole start singing it like “Oh shit, this is a country song. Okay, great, well here we are in the country.”

Have you had any chances to perform live recently?
No, not for ages. The last time I played I just did an acoustic go supporting a friend’s band in a venue down the road from me called The Lexington. And I did play some of these songs, ‘cause we’d recorded the album by that point. I played “Innocence” and a few others. But no, these songs have never been played live. Because we were improvising, we’ve never played them. We didn’t even play them once! Until we’ve done that, I won’t feel like they live.

Which tracks are you most excited to play in front of an audience?
I think “Come With Me” is going to be so exciting to do. And “Naturalise Me” as well. We’ll make those really big—they’ll go on for ages. It’ll be a different kind of show cause we’ll probably build it from sequences—machines operating the notes and humans operating the sounds, rather than previously when it’s been humans operating the notes and machines providing the sounds. That’ll be fun. It’s a whole new way of thinking about it. We’ll do that to all the old songs. It’ll become more of a dance show, i think.

Is there anything else you want to share about what making this album entailed or what it means to you?
It’s where I come from, and it’s where I’m at now. It’s both things at once for me. It’s looking back at Wales and where I come from in the mountains and what an amazing and unusual place it is and what kind of unusual and interesting people live there, but also looking to the future and trying to find a way to be now that is not defined and confined by finance and tech and the imperatives of a particular, very material urban / suburban life—trying to pick a way through that. It’s not nostalgic, it’s [an effort] to find something new, to find something different. That’s what I would like to communicate to people.

Powys 1999 is out November 13 via Memphis Industries. 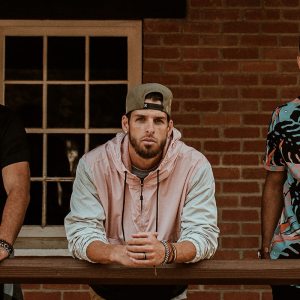 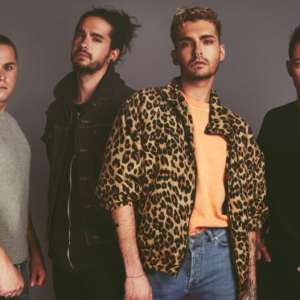