From inflated chests and bullfrog throats with some kind of blind confidence and an unswayable conviction, everyone has sung those lines with all of their drunken might. “Piano Man” is a heavy-hearted, tear-in-your-eye, proud-to-simply-be bittersweet experience. It’s a song that connects you with the rest of humanity and, especially, with the Piano Man himself.

Take away the jangling theatrics, the barroom’s sleazy appeal, the cautionary tale of barflies and bartenders, and Billy Joel is revealed – forlorn, yet cheerful; upbeat, but cynical; washed up and made new. It’s the same Joel in every one of his songs. You just have to listen for him.

“Piano Man” aside, spend time with Billy Joel in these 10 songs.

A song addressing the changing trends of a shifting decade, the 1980 hit “It’s Still Rock and Roll to Me” finds the piano man lashing out at the times.

Yes, the ever-changing landscape in music bothered Joel, but the critics bothered him more. While the emergence of new wave struck a nerve, it was the critics and their constant characterization of the artist as adult contemporary, a purveyor of middle-of-the-road pop, that prompted him to write the tune.

“What bothers me is the untruths, the lies, the slander, and libel,” he once told Rolling Stone (sourced by Ultimate Classic Rock). “Bad reviews don’t bother me. But a lot of these critics are looking for art. … An artist is a guy with a beret who sits in a park and paints pictures, and he starves in a garret somewhere.”

In “Movin’ Out (Anthony’s Song),” the piano man shares his aggravation toward the lower-middle-class New Yorkers who are disillusioned by the “finer things” in life, willing to work their life away to say they’ve “made it.”

To those trading Chevys for Cadillacs and houses in Hackensack, New Jersey, Joel sings It seems such a waste of time / If that’s what it’s all about / Mama if that’s movin’ up / Then I’m movin’ out.

A rapid-firing stream of consciousness, “We Didn’t Start the Fire” lists off chronologically 40 years worth of culture-shifting events—118 references in total—from the time of Joel’s birth in 1949 to the time the song was released in 1989.

According to Long Island’s alt-weekly, The Island Ear, the idea for the song was sparked in a recording studio where a 21-year-old was saying how it was a terrible time to be 21. “Yeah, I remember when I was 21,” Joel, who had just turned 40, said in response. “I thought it was an awful time and we had Vietnam, and drug problems, and civil rights problems, and everything seemed to be awful.”

The person retorted, saying, “Yeah, yeah, yeah, but it’s different for you. You were a kid in the fifties and everybody knows that nothing happened in the fifties.” Joel then cited the Korean War, and the Suez Canal Crisis, among other events that shook that decade, and the framework for “We Didn’t Start the Fire” was assembled.

A doo-wop ditty punctuated by hand claps, finger snaps, and a cappella flourishes, “The Longest Time” is a hokey, greasy, must-sing-along good time.

The only instruments played during the recording of the song were a bass guitar and a snare drum delicately hit with brushes. Instead of featuring a group of vocalists, Joel sang each part on the record himself.

The piano-driven “Vienna” was inspired by Vienna in a way. The idea for the song came when Joel visited his estranged father in Europe. Vienna became a metaphor for old age and, in turn, a song about life.

“They don’t throw old people away like we tend to do here in the States,” he explained in an interview. “They allow for people who are aged to have a useful place in the scheme of things and I thought that’s a good metaphor for someone my age to consider you don’t have to squeeze your whole life into your 20s and 30s trying to make it, trying to achieve that American dream, getting in the rat race and killing yourself. You have a whole life to live. I kind of used ‘Vienna’ as a metaphor, there is a reason for being old, a purpose.”

I don’t need you to worry for me ’cause I’m alright / I don’t want you to tell me it’s time to come home / I don’t care what you say anymore, this is my life / Go ahead with your own life, leave me alone, plays the chorus to the infectiously upbeat “My Life.”

“My Life” is a song about independence and doing what you want despite everyone else’s opinion. Keep it to yourself it’s my life, Joel sings as the song fades.

The uncanny Frankie Valli-inflected, “Uptown Girl” is sung from the perspective of a working-class “downtown man” in an attempt to woo his well-to-do love interest.

The song ended up becoming a tune tied to his soon-to-be wife, Christie Brinkley, the “uptown girl” in the music video, below.

In the live performance, below, Joel introduces “Only the Good Die Young” as a song with “something to offend everyone.” With references to corrupting Catholic girls with premarital sex, the song was definitely controversial when it was released in 1978.

You Catholic girls start much too late / But sooner or later it comes down to fate / I might as well be the one, the song opens. Some considered the song a stance against Catholicism, however, Joel once told Performing Songwriter magazine: “The point of the song wasn’t so much anti-Catholic as pro-lust. The minute they banned it, the album started shooting up the charts.”

A love song written for and about Joel’s then-wife, Elizabeth Weber, “She’s Always a Woman” is a powerful profession against mellow acoustics, a stark contrast to the tough-as-nails woman depicted in the tune. 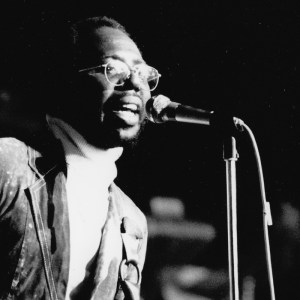 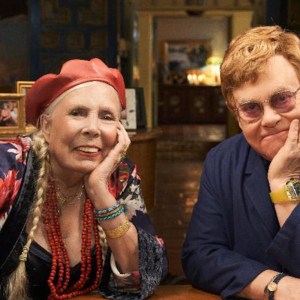