It’s safe to say that Lenny Kravitz is a rock god. With a diverse voice that tells a story, Kravitz proves through his songs that universal love is still rock and roll. He set the record as the most-winning artist in the category of Best Male Rock Vocal Performance at the Grammy Awards. He also has the most consecutive wins in one category by a male artist, having won four years in a row from 1999 – 2002. Below, we explore the top 10 songs by Lenny Kravitz.

Kravitz makes peace and love cool again on “Let Love Rule.” Here, he scales back a bit on his usual hard rock sound and takes a softer approach with a pure message of universal love as he sings love transcends all space and time…we can’t do it alone. A common theme throughout much of Kravitz’s work is having empathy and love for one another, which shines through in full force on “Let Love Rule.”

We got to let love rule

Fans may be surprised to know that the track was written by Kravitz with Guns N’ Roses guitarist Slash. Out of this vodka-filled writing session came one of Kravitz’s best songs. In between the guitar slashing and hardcore riffs are lyrics inspired by Kravitz’s mother, The Jeffersons actress Roxie Roker, and the wisdom she tried to impart to her son who admittedly was too distracted and on the move to heed her advice. He proves this in lyrics like, My mama said / That your life is a gift / And my mama said / There’s much weight you will lift … But I’m always on the run.

But I’m always on the run

In a catalog of countless hits, “Believe” stands out among the rest. Don’t let Kravtiz’s smooth voice distract you from the pure message of believing in oneself, adding a nice cinematic touch with the presence of violins. He delivers an inspirational message where he professes being free is a state of mind and the simple truth of we just want to be loved. Your spirit will feel uplifted by song’s end.

Perhaps his most recognizable song, Kravitz drops the rock star image for just a moment to let in vulnerability. Written and produced solely by Kravitz, the soulful song was born from struggles he and then-wife Lisa Bonet were facing in their marriage, processing his emotion as he sings How many times did we give up / But we always worked things out / And all my doubts and fear kept me wondering, yeah / If I’d always, always be in love. Simply put, the song is a gem.

An enticing electric guitar solo opens the track that immediately grabs your ear. On a song filled with heavy guitar and Kravitz’s dope voice and attitude – what more could you need? The title track of his 1993 album became a No. 1 hit on the Billboard Mainstream Rock Airplay chart and has led to multiple covers by artists ranging from Metallica to Adam Lambert to Mel B of the Spice Girls, demonstrating the song’s power to connect across musical genres.

Are you gonna go my way?

Kravitz’s version of the classic Guess Who song is on brand for the singer: edgy and cool. He honors the Guess Who’s original while adding his own flavor to it between his crisp voice and guitar tricks. Kravitz’s voice soars alongside his smoldering electric guitar, intertwining a pop and R&B flair alongside his hard rock sound, making for a standout track in his expansive catalogue.

Now woman, stay away
American woman, listen what I say

Like many of his other songs, Kravitz continues to deliver a dose of honesty through his music on “Black and White America.” Here, he strips away the heavy guitar riffs and replaces them with a funny guitar and jazzy electronic sounds, offering yet another important message. Referencing Martin Luther King, Jr. and his parents’ interracial marriage in 1963, Kravitz doesn’t sugarcoat how they were in danger when going out in public together. Despite the tension of the past, he looks ahead to the future with hope, believing that we’ve finally found our common ground.

There is no division, don’t you understand
The future looks as though it has come around
And maybe we have finally found our common ground
We’re the children of our father
If you’re looking back don’t bother
We’re black and white America

Like “Let Love Rule,” Kravitz calls on people to love one another. The lyrics are as relevant today as they were when he released the song in 1991, asserting that the government is in the “devil’s hands” and is a “lie” and “scam.” Kravitz trades his hard rock sound for a piano and a saxophone for good measure while still getting his point across.

What the fuck are we saying?
Do we feel what we dream about?
We’ve got to keep on praying
And one day we’ll see the light

Kravitz offers a dose of realism in “Rock and Roll is Dead.” Here, he calls out the dangerous habits of the music industry culture, like excessive cocaine use and those who are “living for an image” rather than furthering their careers through talent. When Kravitz sings, he’s worth listening to, and “Rock and Roll is Dead” is no different. But let’s be real – rock and roll is never dead with Kravitz around.

Runnin’ round with diamond rings
And coke spoons that are overflowin’
Rock and roll is dead
But all the money in the world
Can’t buy you from the place you’re going to
Ooo-oooh, yeah

Rock and roll is dead

Deviating from his hard rock sound, Kravitz calls on an electronic melody that’s disco-esque, adding something different to his catalog. Still, he carries a message into “Black Velveteen” about society’s obsession with technology and its impact on human relationships that he recognized back when he wrote the song in 1999. Kravitz channeled his perspective into song, the result being an edgy, pop-rock tune with lyrics Black velveteen / Simple and clean / Oh what a bad machine, making for a memorable track. 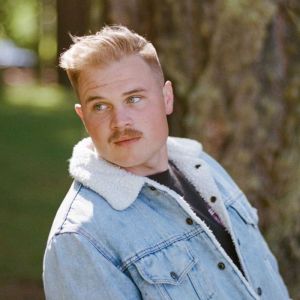 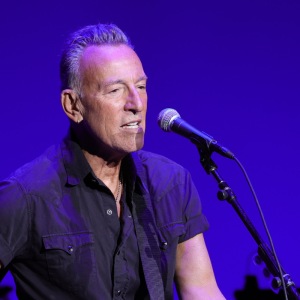