Since making his debut in 1993, Snoop Dogg has maintained an undeniable place in the legacy of hip-hop music. He grabbed people’s attention with his debut single “Who Am I? (What’s My Name?),” which proved him to be a risk-taker unafraid to speak his mind through song.

He’s gone through many name changes over the years, including Snoop Doggy Dogg and Snoop Lion, but no matter what you call him, Snoop has been dropping fire tracks for nearly 30 years, solidifying himself as one of the greatest rappers of all time. Here are 10 of his best songs:

We’d be remiss not to include Snoop’s signature hit on this list of top 10 songs. “Drop It Like It’s Hot” has become synonymous with Snoop Dogg, and for good reason. With a distinguishable beat created by The Neptunes that reaches through the speakers and grabs your attention, the song became an undeniable hit upon its release in 2004. Snoop owns every autobiographical lyric whether he’s a “real boss” or affirming “I cut so much you thought I was a DJ.”

Snoop Dogg came out of the gates strong with his debut single, “Who Am I” in 1993. Between proclaiming I ain’t holding nothin’ back and the introduction of the now-famous bow wow wow yippie-yo-yippie-yay hook, he delivers the lyrics with ease and is the epitome of cool. Plus, you can’t help but want to sing along with the ladies in the chorus chanting “Snoop Doggy Dogg.”

“Who Am I” solidified Snoop as top dog in the hip-hop world, whether on the streets of his hometown of Long Beach, California, or as a rapper on the radio. In the near 30 years since its release, the track still stands as one of the best efforts in Snoop’s catalogue and has become a hip-hop classic – an impressive achievement for an artist’s first single.

So I ain’t holdin nothin’ back
And motherfucker I got five on the 20 sack
It’s like that and as a matter of fact (ra-ta-tat-tat)
‘Cause I never hesitate to put a ni*** on his back
Yeah, so peep out the manuscript
You see that it’s a must, we drop gangsta shit
What’s my motherfuckin’ name?

In a career as expansive as Snoop’s, it’s hard to pick a signature hit, but it’s safe to say that “Gin and Juice” is one of them. Snoop creates a rowdy good time with the NSFW lyrics, creating an imaginary world where he throws the ultimate house party while his mother is away. As the song’s sole writer, you can’t help but respect the rapper for acknowledging his own greatness with lyrics like, with so much drama in the L-B-C/It’s kind of hard bein’ Snoop D-O-double-G/But I, somehow, some way/Keep comin’ up with funky ass shit like every single day. “Gin” topped both the Billboard Hot Rap Songs and Hot Dance Singles Sales charts in 1994, and it remains a hip-hop classic to this day.

Rollin’ down the street, smokin’ indo
Sippin’ on gin and juice, laid back
With my mind on my money
And my money on my mind

The song and corresponding film has dark origins, as they were inspired by the real-life murder case when the singer was charged with first-degree murder in 1993 for the death of Philip Woldermariam, a member of a rival gang that was shot and killed by Snoop’s body guard, McKinley Lee. Snoop was acquitted of the murder in 1996. Despite its grim backstory, “Murder Was the Case” is a mind-bending hip-hop track anchored by haunting lyrics that chronicle Snoop’s perspective of what it would be like to get shot and lay dying in the street. The track features haunting lyrics that take the listener inside his head as he hears a mysterious voice that promises him “eternal life” if he were to surrender his dangerous lifestyle. “Murder Was the Case” is equal parts edgy and poetic, easily making for one of Snoop’s best songs.

My mind starts trippin, a tear drops my eye
My body temperature falls
I’m shakin and they breakin tryin to save the Dogg
Pumpin on my chest and I’m screamin
I stop breathin, damn I see demons

“Beautiful” offers everything you’d want in a mid-2000s hip-hop song. Snoop shows off his impressive rap skills and sounds as cool as ever with an ear-catching beat, created by The Neptunes (the brainchild of Pharrell and Chad Hugo), that you can’t help but groove to. Pharrell also lends his voice in the form of falsetto background vocals that elevate the song alongside Snoop’s swagger, making for the ideal hip-hop collaboration. The song also translated across country borders, hitting the top 10 on the Billboard Hot 100 and charting as far as Australia, France and several other countries.

Speaking of classics, Snoop’s 2007 hit “Sensual Seduction” also falls into this category. Owning his self-described “freaky nature” with a memorable melody that begs you to hit the dance floor, Snoop’s ability to spit a rhyme with the best of them also shines through. The track crossed genre lines, becoming a top 10 hit on both the R&B and dance charts in 2008, and is the kind of song that translates naturally from the radio to a club banger. In fact, the song is partially inspired by Prince and his seductive ways.

“He’s the first one who told us and showed us what a ménage à trois was. We didn’t know!” Snoop shared in a 2016 interview following Prince’s death. “We would see him with two women and, man, the things he did. Sometimes he wouldn’t even make love to a woman. He would make love to their mind, without even touching their body. I take a little bit of him wherever I go. He showed us how to seduce a woman; make music that felt good to women and appealed to men as well.”

She might be with him but she’s thinkin’ ’bout me, me, me
We don’t go to the mall, we don’t go out to eat, eat, eat
All that we ever do is play in the sheets, sheets, sheets
Smoke us a cigarette then go back to sleep, sleep, sleep
‘Cause we done got a

“Young, Wild and Free” is an undeniable bop that finds Snoop tapping superstars Bruno Mars and Wiz Khalifa in 2011 for a carefree rap that celebrates the simple joys of life. Snoop takes a lighter tone here, maintaining his laissez-fare attitude toward drugs, alcohol and living the high life, maintaining a lifestyle where the party doesn’t stop. Mars and Khalifa add a welcomed presence, selling the free spirit in a perfect blend of mainstream pop and rap, making it a memorable addition to Snoop’s vast discography.

Snoop ventured into pop territory when he called on Justin Timberlake and Charlie Wilson for his 2005 single, “Signs,” and it paid off. The energetic horns and dance-friendly melody perfectly accent Snoop’s rap verses, with some background falsetto notes from Timberlake adding a lively flavor. Though a departure from his hard-hitting hip-hop tracks, the fresh sound works for Snoop, who still draws from his personal life in the lyrics with references to cannabis and the gang he was previously a part of, the Crips.

Getting back to the fun nature of fan-favorite hits like “Gin and Juice,” Snoop owns his status of “life of the party” with fellow rappers Too Short and Mistah F.A.B. Though it’s pretty chill in comparison to some of his other songs, Snoop and friends are still living the good life, as they’re flanked by women, adoring fans, pockets full of cash and famous admirers from “ballplayers” to “movie stars.” Like “Sensual Seduction,” “Life” is a standout from Snoop’s 2008 album, Ego Trippin.’

Though this isn’t a Snoop original, he does make this Willie Nelson song his own. People may be surprised to learn that the rapper has a long history with the country icon, the two collaborating multiple times over the years, beginning with “My Medicine” in 2008 and continuing with “Roll Me Up,” the single honoring their mutual love of marijuana that made it onto Nelson’s 2012 album, Heroes.

The lyrics are as much a comedic tribute to cannabis as they are a celebration of life, Snoop holding his own on the countrypolitan melody. The two superstars have smoked together on several occasions, and the rapper opened up about the experience. “When I smoked with Willie Nelson, that was like the greatest feeling in my life,” Snoop professes, recalling how one time, Nelson brought multiple smoking devices including a vape and blunt. “I’m like ‘this old motherfucker is going to try to outdo me – and he did.” 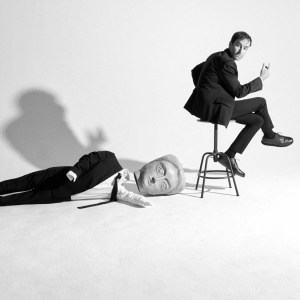 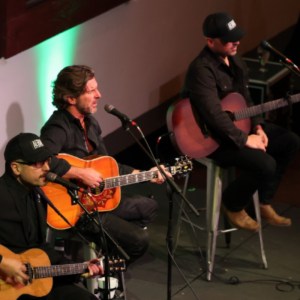