A Veterans Tribute: An Evening with Brett James & Friends raised an estimated $550,000 for the organization. The money will go toward Aerial Recovery’s work in international and domestic disaster response, putting an end to human trafficking, as well as benefitting their Heal the Heroes Initiative in which they provide veterans with the opportunities to translate their military skills into the humanitarian space.

“We repurpose military veterans primarily from the Special Forces community,” Aerial Recovery Co-Founder and CEO Britnie Turner said in a statement. “We take these operators and we respond to some of the most critical missions all over the world and provide life-saving aid to people in their greatest hour of need. Veterans and first responders are incredibly effective within the humanitarian space.”

“We prescribe purpose, not pills,” said another of the nonprofits’ co-founders, COO and retired Green Beret, Jeremy Locke. “We’re healing through the service of others.”

Since its inception, the organization has responded to numerous disasters, providing relief from hurricanes and tornadoes to volcanoes and earthquakes, as well as other natural and man-caused disasters around the world. Aside from the United States, Aerial Recovery has had a healing hand in countries including Haiti, Honduras, Afghanistan, the Bahamas, Tajikistan, Pakistan, Cuba, and Ukraine.

“I got lucky enough to go to one of [Aerial Recovery’s] planning meetings this summer, and I was all in,” James said. “Having the expertise of these Special Operations guys, going in, and doing what they do, working their magic, in a way that helps other people is mind-blowing, it’s such a cool concept. They have all this talent and expertise. I’ve been doing this a long time, I’ve done hundreds of benefits in Nashville, but this is the first time I bought a bunch of tickets and invited all my friends. I want everyone to know about Aerial Recovery.”

Get a glimpse as Aerial Recovery’s efforts in the video, below. 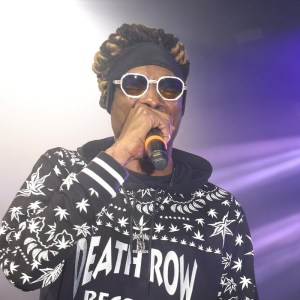 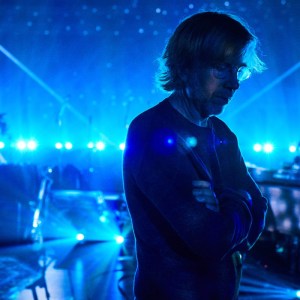