The ’80s wouldn’t have been the same without Eurythmics. Their synth-led morsels of pop perfection defined the sound of the era. Even just “Sweet Dreams (Are Made of This)” considered, their level of experimentation as a group was seldom seen in their peers.

Widening our gaze a bit to the rest of Eurythmics’ stellar catalog, they have no shortage of hits to revisit. That is exactly why we’ve compiled a list of their greatest efforts for your listening pleasure. Below are 10 of the best Eurythmics songs.

“17 Again” is one of Eurythmics’ more subdued tracks. In the lyrics, Lennox looks back over the duo’s career with the not-so-coded line Sweet dreams are made of anything / That gets you in the scene. Elsewhere she gives messages to their younger selves singing Times might break you, God forsake you
Leave you burned and bruised / Innocence will teach you / What it feels like to be used.

The video for “Who’s That Girl” makes this track one of the most memorable from Eurythmics. Alongside Lennox (who plays both a nightclub singer and a male audience member), Cheryl Baker, Jay Aston of Bucks Fizz, Kiki Dee, Marilyn, Hazel O’Connor, Kate Garner of Haysi Fantayzee, and the entirety of Bananarama feature in the visual.

“Thorn In My Side” features some of Lennox’s most searing vocals. Stewart once explained, “On ‘Thorn In My Side’ Annie was channeling her anger. It was icy cold yet burning with passion. She carried on and did the whole song in one single take.” See that fact for yourself, below.

“Love Is A Stranger” secured Eurythmics their first-ever hit. The lead-off single from their break-out album, Sweet Dreams (Are Made Of This), laid the groundwork for what would become the duo’s signature sound.

“It’s Alright (Baby’s Coming Back)” covers all the typical Eurythmics talking points. Acting as the duo’s final single from their 1985 album, Be Yourself Tonight, the track scored yet another hit in the UK for Eurythmics.

“Missionary Man” was inspired by Lennox’s short marriage to Radha Raman—a devout Hare Krishna. “Obviously, there is a personal meaning in [“Missionary Man”] for me, because of my past history,” she once explained. “But I also think that there are a great deal of people in the media, in the form of politicians or religious speakers or philosophical people, people who are generally trying to have some power over other people, who I just don’t trust.”

Taking a break from upbeat floor-fillers, “Here Comes The Rain Again” takes a turn toward melancholy. Stewart once described this song as “a dark beauty that sort of is like the rose that’s when it’s darkest unfolding and blood red just before the garden dies.” It’s really a matter of when, not if, this synth-heavy ballad ends up scoring a particularly high-tension moment in Stranger Things.

“Would I Lie To You” saw Eurythmics venture into a slightly diverting sound—one that Stewart described as a “Stax-type R&B.” It’s still enough of the classic Eurythmics sound that fans weren’t turned away, but explorative enough to excite.

“Sweet Dreams (Are Made Of This)” is a testament to the sense of exploration the Eurythmics never shied away from. One of their finest, and most well-known, efforts, “Sweet Dreams” has bolstered the duo’s legacy across decades. Lennox and Stewart wrote this song after having a huge fight. Lennox once told the New York Times, “I thought it was the end of the road and that was that. We were trying to write, and I was miserable. And he just went, well, ‘I’ll do this anyway.'” It was one hell of a last-ditch effort for the group.

1. “There Must Be An Angel (Playing With My Heart)”

“There Must Be An Angel (Playing With My Heart)” acted as Eurythmics’ only chart-topper in the U.K. The lush string section was arranged by Michael Kamen—the composter behind the Die Hard, Lethal Weapon, and Licence To Kill soundtracks. Elsewhere, Stevie Wonder delivers a trademark harmonica solo. Since Eurythmics released their stellar version, it’s been covered by a number of musicians including Brittany Murphy, Fantastic Plastic Machine, Leningrad Cowboys, Luciano Pavarotti, and Kylie Minogue. 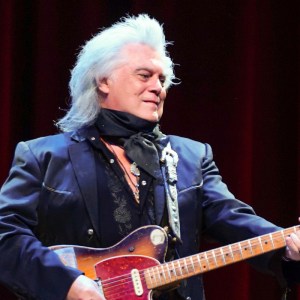