Tracks—premiering below—sees the Canadian indie folk duo of Sierra Lundy and Jon Middleton returning to their acoustic roots as they sing of love, loss, companionship, and adventure.

“The EP contains two songs we wrote back in 2017 as well as two that we wrote last year,” the duo tells American Songwriter. “We recorded it on Vancouver Island in Canada as a kind of acoustic companion piece to our previous release, In That Room, which came out in March. All four songs on the Tracks EP touch on personal stories, either of our own or from another’s perspective. We wanted it to be a similar sounding venture as our first 2017 release, which was a more stripped back, acoustic affair.”

Tracks is melodic folk music with a strong sense of place and an even stronger sense of atmosphere. Listening to the EP, I’m transported to the West Coast of British Columbia: “Smoke from the forest fires, filled up the air / While we jumped in the lake tired, in our underwear,” Lundy and Middleton sing in the title track, their voices rising and falling over soft guitar. “And then kept traveling on, upon trestles through the darkness / The full moon glowing orange, in the woods we found a spot to rest.”

Lundy and Middleton have cited Bob Dylan, Gillian Welch, Simon & Garfunkel, and Angus and Julia Stone as influences, but you can watch them cover songs by Gregory Alan Isakov, Caamp, and Lana Del Rey in one of their CRV Sessions (their Honda CRV / recording studio is apparently known as “Dad”).

We asked Ocie Elliott to tell us the story behind each song on Tracks ahead of its release tomorrow. Check out their responses and listen to the EP below.

Rainbow and Arrow
This song is about losing a lover, and that burning feeling of still loving them long after the parting. It’s about that underlying heartbreak that can settle in one’s stride when a deep love is lost.

Berry Bush
We wrote this after coming back from an overnight hike/camp into Strathcona Park on Vancouver Island. The song tells the story of the trip and the summer days surrounding it. It also reflects on the internal journey of going off into the wilderness and leaving the world behind.

Lone Rider
A fictional tale about an ordinary man who accidentally runs over a lone wanderer on a quiet road in the middle of the countryside: he decides to put the deceased man in the bush and leaves the scene, but in doing so becomes progressively tortured by guilt. As badly as he wants to let the truth out, he is unable to do so.

Tracks
This song tells the story of another trip we did with a few friends where we walked the abandoned railway tracks from downtown Victoria, BC to Jon’s hometown of Shawnigan Lake––a 28 mile journey which took us about two days to complete. The trip was inspired by the classic film, ‘Stand By Me.’

Tracks is out July 17 via Nettwerk. 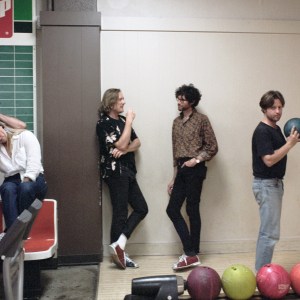 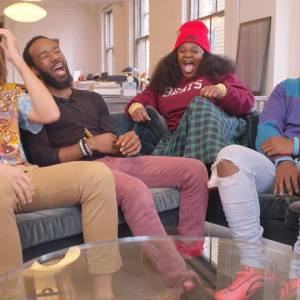