New Orleans standout group, Tank and the Bangas, famously won the NPR Tiny Desk Contest in 2017. The band, picked from some 6,000-plus applicants, celebrated the victory with a rousing and emotional performance at the media hub’s New York City offices. Ever since, Tank and the Bangas has been on a roll, both in the recording studio and on the road, which culminated with a 2020 Best New Artist Grammy nomination. But, says frontwoman, Tarriona “Tank” Ball, the group doesn’t much sweat the highs of the wins or the lows of the losses. Instead, Ball says, she’s confident that what comes for the group is what’s meant for the group, what’s necessary for both their creative sustenance and evolution.

“We were picked out of all those people,” Ball says. “So, it made me feel like whatever’s for us is really for us.”

But before Ball bore such Zen-like clarity, she had to find her first burst of self-confidence. As a young person, Ball came to music at 10-years-old in church. She started singing in the church’s choir but she never considered herself much of a vocalist. She always sang, she says, but she wasn’t sure if she sang very well, or as her sisters could. Instead, Ball thought she had talent for writing. Eventually, she found poetry and others who confirmed to her that, yes, she did in fact have talent. They pushed her to pursue her unique voice and combine it with her skill with language. She felt accepted. But it was when she began to meet her future bandmates in a New Orleans open mic that everything changed.

“It was really cool being in that space,” Ball says. “I met Joshua [Johnson] and Norman [Spence] and we started to jam out all the time. It had this really organic feel and we always took it with us everywhere. It was a feeling of freedom, that anything was possible.”

The connection Ball feels with her bandmates is profound. In fact, the musician says, she doesn’t believe she or the other members of Tank and the Bangas, which formed formally in 2011 and includes eight members, could flourish or even really function well in any other work environment.

“It’s almost like we’re truly meant to do this,” says Ball, who says she’s worked in a nursing home, as a receptionist and at IHOP prior to finding stardom as a performer. “Honestly, I don’t think they or me would be able to be great at anything but this.”

Finding your station in life, however, isn’t always easy and for anyone living in New Orleans in the 21st Century, despite the creative brilliance of the city, nothing is simple and nothing is settled ever for too long. Ball, who moved to Indianapolis for a year directly after the displacement from Hurricane Katrina, said it was only when she came back to her home city that she could really see the place as the gift it always was.

“It wasn’t until I went away from New Orleans that I began to discover how unique it was,” she says. “Today, I feel very creative in New Orleans. There’s so much to walk around and see. You can see the resilient side, as well as the sadness, love – all of it. It’s definitely a unique time to be here.”

To know and love one’s home is one thing. To know you are exactly where you’re supposed to be at any given time or in any given location is a whole ‘nother level. But that’s where Ball is. When performing with her band on stage, it doesn’t matter the day, time, city, weather, audience or anything else in the area, the artist says. Whatever’s happening, that’s what she’s meant to experience in that moment.

“I’m not supposed to be in L.A. when I’m in New York,” she says. “Or in New York when I’m in Paris. I always know where I am is exactly where I’m supposed to be. The universe has made impossible things happen. So, when I’m on stage, I know that place is for me. Even if it feels weird, there’s a lesson within each performance, if you pay attention to it.”

But, again, that doesn’t mean everything’s easy, or the ride is simply downhill.

“There are moments when you really have to push through,” Ball says

When Tank and the Bangas hit the stage, however, it’s always in peak form. The band, which is an amalgamation of spoken word, funk, hip-hop, R&B and rock, boasts a huge-yet-nimble sound, the result of many days that stacked up to many years of rehearsals, live shows and everything in between for one of the most lively, engaging and magnetic bands in one of the most lively, engaging and magnetic cities in the world. But, besides the hard work and organic creative chemistry, what’s their secret?

“We want to give a lot of different types of feelings on stage,” Ball says. “We want people to go through the basic human emotions. When people are on this rollercoaster, they’re going through true life transitions through the music.”

Recently, Tank and the Bangas released a heartfelt cover of the classic song, “What The World Needs Now.” The end of the video for the track includes Ball’s very young niece, Harmony, adding a bit of verse to the end. With her vocal line, the band erupts with joy. It’s a surprise moment that’s also somehow indicative of the mirth and inherent sense of appreciation that emanates from the members of Tank and the Bangas. It’s a testament to the band and to the power of song.

“That’s how powerful music is,” Ball says. “It can have you in tears or it can get you really hyped. It can bring back memories from when you’re a kid. These days, for me, it’s hard to function without music. I put it on when I’m brushing my teeth. It’s such a big part of getting me going.” 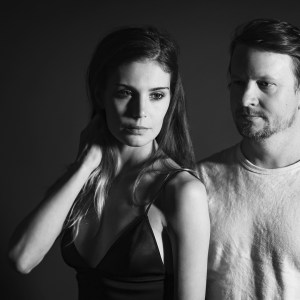 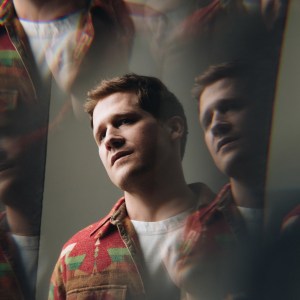