Born to parents who struggled with addiction, forced to live with grandparents at the age of four and losing a sister to brain cancer at a young age is a rough entrance ramp to life. Sadly, for Nathan Sheridan, that is his truth.

As many would do with a rough start like that, Nathan ran. He ran towards two things: his faith and the military. Enlisting into a 6-year contract with the National Guard at just 17 years old, Sheridan soon found himself deployed to Kuwait. While in the Middle East, Sheridan led his fellow soldiers in worship, which provided a foundation that continues to impact his ministry today. Yet as grounding as that experience was, he wasn’t sent over to be a spiritual leader. He was sent to be a soldier, and as many veterans will tell you, the military can change you. A soldier’s life is very different. When Sheridan returned home, he came back frustrated, emotionally unavailable and ill-prepared to transition back into civilian life.

As the cliché goes, you hurt the ones closest to you. His then-girlfriend, who is now his wife, bore the brunt of Sheridan’s unhappiness. Apologies are never easy, especially when you know you owe one, and Sheridan knew he owed her one. His new song “Troubled You” is that apology.

“‘Troubled You’ is an apology to my girlfriend, now wife, for letting my past creep into our lives and mess everything up, almost to the point of no return,” he admits. “I was in a weird spot. I had just gotten off deployment. I was having trouble transitioning back to daily life and to top it all I had never actually dealt with the issues surrounding my childhood. Unfortunately, it’s easy to let situations like that become part of you. Even more unfortunate was letting it become part of my relationship.”

Even though Sheridan originally thought he was in complete control of all aspects of his musical “I’m sorry,” it turns out that he’s not. This is 2020 after all, and if something can go wrong, it will. And it did. Tracking the song at a friend’s house with their home recording setup, one element was not in synch with the tracking rooms in Nashville:

“Guitars had to be re-recorded a million times. This is the year of the Cicada and they make their way into every recording. Pretty much all the music was recorded at someone’s house with little to no sound isolation, so those pesky little bugs had a field day. I bet if you listened close you can still hear some.”

Thankfully, his wife has a big heart and loved Sheridan through it all, even the cicadas. All jokes aside, not everyone is lucky enough to have a partner so understanding, and those are the people Sheridan hopes hear a valuable lesson in the song.

“I hope they realize that the past doesn’t have to be the present or the future. You don’t have to carry that baggage into your relationships, friendships, and marriages. Take care of yourself. Talk to a professional. Don’t let your significant other bear the brunt of your history.” 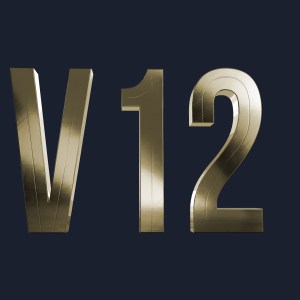