“Releasing an album during a global pandemic was really never the plan, but the plan never ends up being what happened anyway, right?” Reflecting on the re-release of her 2014 album, Vari-Colored Songs: A Tribute to Langston Hughes, with an accompanying mini documentary, in the middle of a quarantine, Leyla McCalla had her work cut out for her… so she started piecing it all together.

When Smithsonian Folkways approached McCalla about filming a performance of selects from the 15 tracks of Vari-Colored Songs, the singer-songwriter, cellist, and multi-instrumentalist immediately found the perfect backdrop—Tigermen’s Den, a small venue in New Orleans’ Bywater neighborhood—and started conceptualizing how she would revisit her lengthy ode to the novelist, jazz poet, and patron of Harlem’s Renaissance.

“I knew that I had been given the opportunity to create something that would not only commemorate the re-release of the album, but reconnect me with the motivations and inspiration that led to the creation of this album,” says McCalla, who also tapped bass player Pete Olynciw, who played in her band for more than two years, for the special performance. “I am proud of what we have created here, and this short film is a reflection of all of the love and community that has marked my career.”

With director Lily Keber (Buckjumping, Bayou Maharajah) on board, the documentary explores McCalla’s process of melding traditional Haitian folk songs with poems by Hughes, while showcasing various pioneers of Black art and culture.

“These songs speak to a lot of what we are grappling with as a society,” shares McCalla. “It feels right to be getting ready to re-release these songs.”

The fact that Langston Hughes’ work is relevant today also drew McCalla back to her previous release. “The lessons and wisdom of his words hit hard,” she says. “This year has forced us to look in the mirror and see the truth of ourselves and the world that we live in.”

Reflecting on the divisiveness and inequality percolating today, McCalla can’t help but cite the author—whom she first discovered as a teen after her father gave her a copy of the poet’s Selected Works—and his more poignant words, “All life is but the climbing of a hill.”

“I feel the struggle that we all share and it comforts me,” says McCalla. “When he writes ‘I wonder why it’s yes to me, but yes sir, sir to you,’ it makes me wonder about the inequality in our society and how we can strive to change the status quo. When he says ‘Love is a naked shadow on a gnarled and naked tree,’ we feel the tragedy of our white supremacist society.”

McCalla adds, “The nuances of Hughes’ poetry drew me into his work and inspired me to set his poems to music. When I started writing these songs, I had no idea that I was even a singer. And perhaps therein lies the lesson: some of these poems were written in the 1920s, but the truths laid bare continue to reveal to us who we are.” 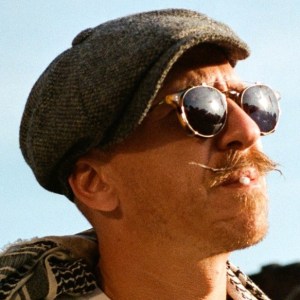 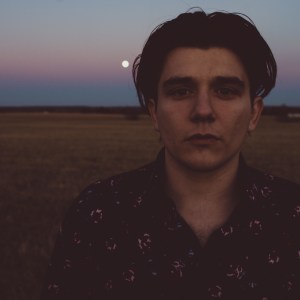