Trout Steak Revival set a mission to create passionate, handcrafted, and self-reliant music. With the release of ‘The Light We Bring’ there is a general sense of accomplishing that feat.

The fifth studio album for the Colorado-based string band is their most organic offering to date. The group made the choice to self-produce the album and cast intentional efforts to summon a camaraderie in the studio that reflected the practices on the road. Locked in as both the artists and producer, Trout Steak Revival relied on themselves to deliver an album that was genuine in both its creation and presentation.

Released on Jan. 31 (and available everywhere now, support on BandCamp) the album was met with critical fanfare as well as wide audience acceptance.

American Songwriter asked the group to do a song-by-song breakdown of the album and between Casey Houlihan, Will Koster, Travis McNamara, Steve Foltz, and Bevin Foley, the group delivered in a big way.

The writer of each song on the album broke it down!

Casey Houlihan:  This song was written by former band member and great friend Kirk Ranney. We had only played the song for a few months before Kirk ultimately left the band. After a six year hiatus, I decided to bring the song back into the fold and sing it myself. I sent Kirk a recording of us doing the song live, which he liked, with a few lyrical corrections. I love Kirk and this playing this song.  It’s nostalgic for me, somewhat of a throwback and a tip of the hat.

Arrows in the Dark

Will Koster: There are moments in life where we point our compass in a direction and start off on a path. You don’t know quite where you are headed, but you continue.  This is a story of our band. This is a story of reclaiming all of the love and nuggets of gold that we share creating art together.

Travis McNamara: I wrote this when I was trying to work through and understand some feelings I was having internally. I’ve been journaling a lot recently, and just getting some things out helps me make more sense of them. But it doesn’t happen until I write them down.

Koster: While on tour in Columbia, Missouri, the band was having breakfast at a café before driving to the next show.  A waitress at the café had entranced me with her presence of calm beauty. I kept gulping down my coffee in hopes for her to return to our table to refill my cup. As the band was about to leave the restaurant, I approached her and struck up a conversation.  She told me about how she was a drummer in a punk band and I asked for her number. I felt light as a feather as I jumped back into the band van and told them about my new friend Loretta. As we drove away, I immediately started writing this song. Loretta and I kept in touch and had a first date a few months later.  Two years after that, we are happily married and living together in Denver.

Bevin Foley: I started writing this song on the eve of the one-year anniversary of my father, John Foley’s passing.  I took a lot of comfort the first year without him thinking “a year ago we did this” thoughts. A year ago we celebrated the holidays, a year ago we went to that festival, a year ago he was still here.  I realized that I wouldn’t be able to think back as clearly and that with passing years my memories would start to fade and I was really anxious. I went to 24-hour fitness that night and walked on a treadmill and then started running on a treadmill (I don’t really run) and kept repeating to myself “it was only a moment, it was only a moment, only a moment, only a moment” and then I would stop and think, “but everything changed in that moment.”  It was one of those moments where there is a definite before and after. A moment that your thoughts can get stuck in and go over and over and over again. I went home and wrote most of the song that night and took the rest of the next year finishing it up, trying to find the perfect lines. Trying my best to hold onto a moment in time. For me this song is a safe space to hold and document that moment, the moment of my father’s passing, so that I can visit it and hopefully it will help preserve my memory over the passing years so that I don’t forget.  I hope that when this song goes out into the world that it can give comfort to anyone holding onto their own before and after moment.

How to Make Love Stay

Houlihan: Inspired by the Tom Robbins book, Still Life with Woodpecker, How to Make Love Stay is a question/idea I’ve pondered throughout my life.  Whether in my personal relationships of those around me, I often wonder about this. Tom Robbins is imaginative, creative and daring in his approach to addressing this question in a way that I can relate.

Foley: On July 7, 2017 the band was in Bellaire, MI at Shorts Brewery.  My Dad had been fighting cancer for 5 years and I had just gotten off the phone with my Mom that day with an update that he was back in the hospital.  This was the day that I realized that he wasn’t going to win that fight. I sat in the greenroom and just played my fiddle for the sake of playing. This is the song that came out.  Steve recorded it that day with his cell phone and the band put chords to it and arranged it while they were camping at Letchworth State Park that next weekend. We played the tune at my Dad’s funeral three months later.

Steve Foltz: I started writing the lyrics for “Home” while driving East from Reno, Nevada back home to Denver.  There are hundreds of miles of Highway 50 where the cattle can freely roam across the highway – they aren’t fenced in.  The sun was setting behind the horizon and the road continued so straight that it disappeared into itself. As I strained my eyes for black dots of cattle on the highway miles ahead, I began to think about how it felt to be on the road so much, exploring the edges of what I used to call a normal day, and how I longed for my wife, my son.  The concept for “Home” began to take form.

The Way It Moves

Foley: Steve and I co-wrote this song.  We had been writing together each week and Steve brought this chorus and bridge idea along with some unfinished verses.  I ended up re-writing the verses and changing the melody a little bit. I had just listened to Joe Pug’s podcast “The Working Songwriter” where he interviewed JC Taylor of His Golden Messenger.  JC Taylor was talking about how a lot of his verses were vignettes that didn’t always relate to each other. I took that approach writing the verses of this song. Each verse holds a vivid memory.  The feeling of driving my old 91’ honda civic hatchback with a moonroof, a perfect moment with an old love, and the uncertainty of a new beginning that returns you back to where you started. 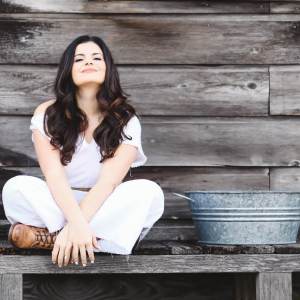 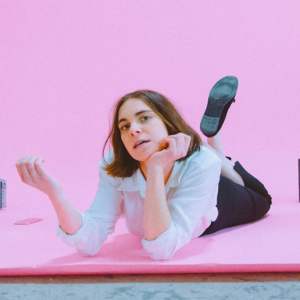