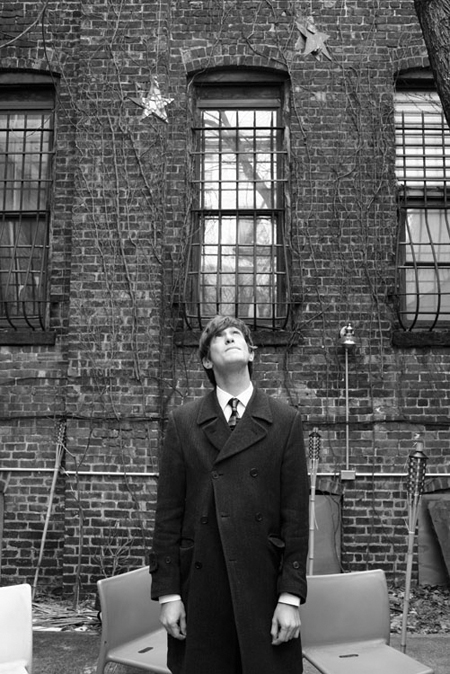 It’s not at all difficult to picture Danny Ross making his debut on Saturday Night Live circa 1978. Ross’ sophomore effort, One Way, showcases the kind of ambitious arrangements, eclectic songwriting and overall technical mastery that recalls the early work of Randy Newman and Jackson Browne. It’s as if Ross and his nine-piece band suddenly materialized like trapped vapor from the cracks in the Bleecker Street sidewalk; their particular mix of horn-driven rave-ups sprinkled with lazy, steel-driven country ballads is the kind of thing that fell out of fashion with recording budgets and cocaine. The album’s title track is a crack show-opener that would have set the Bitter End afire in the golden age of singer-songwriting, while the disc’s more contemplative moments (“Stay Here With Me” and “Forgive Me Love”) reflect a sensitivity and sentimentality originating from the heart instead of a white-noise keyboard patch. If One Way occasionally suffers from a touch of overconfidence, it is easy to forgive Ross in light of the fact that he has, most likely, already written two more albums worth of material that will easily surpass even the audacious moments here.

Sasha Dobson has finally completed her journey from jazz prodigy to pop chanteuse. Her third album, Burn, possesses all of the restraint one might expect from playing a thousand gigs in smoky basement clubs and none of the potential bravado of an artist once described as “one of the great young scat singers of her generation.” What Dobson provides in bundles are thick swells of melody that resonate lightly within deft lyrical turns such as “You were like a melody/ The twist and turn to every key” (“The Day We Met”). Dobson frequently tours and collaborates with Norah Jones; the two share a fondness for sparse arrangements of strings and percussion, as well as touches of atmosphere that fill the spaces like gypsy breeze.

Brooklyn’s Harper Blynn is a band fronted by two gifted songwriters intent on changing the scope of the modern pop act. If the offerings on their debut album are any indication, they just might have a shot at it. Loneliest Generation is chock full of eminently singable melodies couched in four-part harmonies and lyrics that set mid-twenties angst in a hopeful context. But what really separates HB from their peers is the way the band locks into the songs like… well, a band. Loneliest Generation is blissfully free of the kind of hesitant, predictable musicianship that weighs down so many groups that, in truth, are merely a collection of musicians arrayed around a singer-songwriter. The arrangements here are muscular and fully formed, the sort of thing that only a true collective could arrive at through hours spent hashing things out in a basement. Throughout, the album stays relatively close to HB’s live presentation of guitar, bass, drums and keyboard, and superstar producer David Kahne wisely allows the band’s collective brio to shine through the effort.

At the other end of the definition of what constitutes a band, we find Chicago’s own Erik Hall and his one-man project, In Tall Buildings. Hall succeeds in making his introversion feel as appealing as Harper Blynn’s gregariousness, a tricky feat achieved with a battery of vintage recording commitment and the sort of cabin fever familiar only to a man sequestered in a high-rise apartment overlooking Lake Michigan. Many of the eponymous album’s most engaging moments are a result of the collision of two sonically disparate environments layered over each other, such as the demented drums that appear, in no apparent relation to time signature or dynamic, in the middle section of the sparse acoustic ballad “Twenty One.” In Tall Buildings is the aural representation of a pleasantly scattered mind, something like what Neil Young might sound like with multiple personality disorder and a bottomless freezer of ice cream sandwiches.