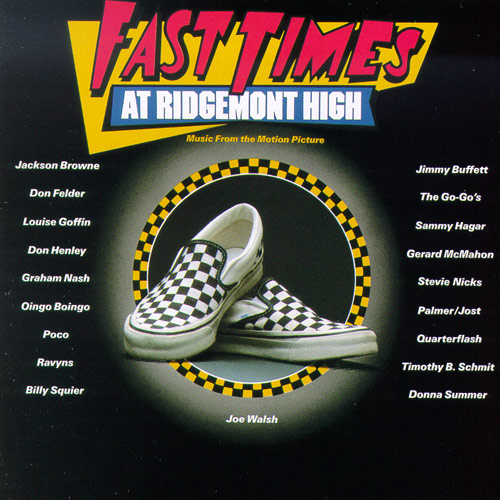 This week I am writing from the beer-soaked and vomit-stained isle of Key West, Florida. I come to Key West four or five times a year with a group called Phanni Pac, of which I am one of the founding members. Phanni Pac plays a seven-night stand at the Hog’s Breath Saloon, four hours a night of cover songs, salted with the occasional impromptu salsa or fandango to complement the inevitable collapse of yet another drunken patron.

The stage of the Hog’s Breath is an interesting vantage point from which to observe the power of song. Cover bands generally trade in the currency of nostalgia or current trends; Phanni Pac generally falls squarely in the former camp, subsisting on slightly predictable bar band fare (Tom Petty, The Beatles, The Kinks) and a fair amount of curve balls (Talking Heads, OutKast). And no, we don’t do any Buffet. Shame on you for even asking.

For most people, Jackson Browne’s “Somebody’s Baby” (heavily featured on the soundtrack of the 1981 teen epic Fast Times at Ridgemont High) evokes memories of either Phoebe Cates in a red bikini or Sean Penn in a haze of pot smoke. (Or Judge Reinhold alone in a bathroom, if that’s your kind of thing.) Initially, I had my doubts about playing it, but was shocked to find that it immediately became one of the most consistently well-received songs of Phanni Pac’s marathon sets. You may have gathered that Key West is not really a ‘thinking’ kind of place… but I thought it might be worth trying to figure out why “Somebody’s Baby” evokes the reaction it does.

She must be somebody’s baby

She’s got to be somebody’s baby

She must be somebody’s baby

OK, let’s be honest; there’s nothing particularly dazzling about the lyric. The melody and the chord progression are not overtly original, either. So why does every woman in the Hog’s Breath light up like a Christmas tree when the opening guitar riff pops out? It could be that the song’s decidedly middlish tempo is perfect for drunken Caucasian dancing, but I would like to believe that it also resonates on a slightly deeper level. My suspicion is that people, women especially, enjoy the possibility the song entertains, the glorious idea that someone is quietly admiring them from afar. We might all be secretly hoping there is someone out there right around the corner waiting for us, seeing us, understanding us with a stranger’s omniscience. Jackson Browne was smart enough to write from the perspective of that person, not only letting us in on how wonderful his object of desire is but also revealing his own insecurities at the same time:

well I’m just gonna walk up to her, I’m gonna talk to her tonight

Or maybe it’s just Phoebe’s bikini. I could be wrong, but I think that the lesson from “Somebody’s Baby” is probably pretty simple and not worth belaboring too much: As songwriters, it is important for us to never lose sight of the power of the unanswered question. Many of the most powerful moments in music are not the perfectly resolved lyrical situations or the choruses that end on a resounding I chord, but rather the hypothetical possibilities that are offered by an event that may or may not take place. “Somebody’s Baby” does a fine job of offering a listener a few options and then allowing them end the story themselves. Sure, it’s cheesy and yes, it’s definitely far from the best song Browne ever wrote, but it does one thing very well in that it invites the listener to become part of it, which is perhaps the highest accomplishment a piece of music can achieve.

As Tom Petty sang, “The waiting is the hardest part.” So, next time you sit down with pen, paper and instrument, think of us down here at the Hog’s Breath and try injecting your song with a little bit of mystery. I know about fifty middle-aged ladies in flip-flops and sun visors who just might buy you a Rum Runner for your troubles. 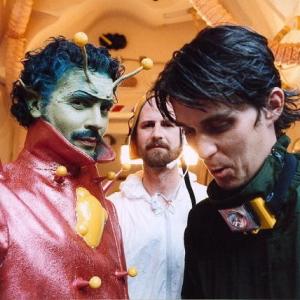