“My wife came home from work one day and I could see it in her eyes that she’d had a rough day,” recalls Country Rock singer/songwriter Adam Rutledge about the origin of new single “Unwind”. “She looked beautiful, yet exhausted and stressed. So, I went about helping her relax a little, helping her unwind.”

Decompression from the stresses of the world, especially in this socio-political climate, is very much needed. When countries are collapsing in on themselves, the pandemic is raging against the masses, and the economy is suffering from massive unemployment and recession, the prospect of unwinding is a luxury not often afforded.  And on this fateful night in Rutledge’s life, his wife needed it badly… Subconsciously, his need for musical inspiration fed off it that.

So while he tended to his wife’s demand for rest, his mind went into overdrive and began constructing the makings for his latest single, the clay that he and his guitarist and longtime writing partner Jeff Smith could mold and fashion.

“The next day Jeff and I started working on the song and the first verse came pretty quickly, but we were kinda stuck on the second verse,” he remembers. “We had a few decent lines and a general idea of what we wanted to say but nothing we were in love with. We knew we hadn’t found the magic yet.”  Instead of belaboring the creative process, they let it rest, allowing it to simmer and percolate.

Fortuitously, the additional boost that they needed to push the song pieces over the writing hurdle came from a random run-in with friend and fellow songwriter (and ex-wife of Rutledge’s mentor, country superstar Phil Vassar) Julie Wood. Her creative electricity sparked them back into business.

“Jeff ran into Julie a few days later and told her the idea behind the song, and she said she was interested in jumping in as a co-writer,” he says. “She helped us with the second verse, helped polish up a few other lines and we were finished!”

The result is a sleek and earnest jam that is equal parts blue collar rock and anthemic country.  With a chorus that soars effortlessly, fueled by Rutledge’s raw vocals, the song demands to take a step backwards, breathe deep and “spread your angel wings and fly.”  It’s a career-establishing single that cements him not only as a potent songwriter but a stirringly compelling performer as well, a result of a career that spans decades and has been bubbling since childhood.

“I wrote my first song when I was 8,” he smiles. “It was for a solo in my church choir, and I’m certain it was just some words from a bible verse to a melody that was similar to one of the hymns we sang, but according to my parents, THAT was the first song I wrote.”

The onset of puberty propelled his songwriting even futher. “I started getting serious about songwriting as soon as I picked up a guitar around the age of 13,” he recalls. “I was heavily influenced early on by Lynyrd Skynyrd and KISS, so everything I wrote back then sounded A LOT like those bands. My first band was called Southbound, and we made a record in 2000 that I found a copy of just the other day.”

Initially emulating his southern rock heroes to a T (“we basically were just trying to sound just like Lynyrd Skynyrd”), his musical palette expanded to include Elton John, Bryan Adams, Tom Petty (“Anything that was rock and roll and had a pop melody”). But it wasn’t incendiary guitar rock that launched his unique, laser-sharp trajectory upward, but, in fact, Country.  Most notably, country superstar Keith Urban who “changed the game for me,” he explains. “His Golden Road record is why I’m in country music. I just loved everything about his sound. It had great guitar work, killer melodies and GREAT lyrics. I was hooked.”

With a great new album ready for imminent release in Don’t Stop, the eminence of “Unwind” is just one of many tracks on it that Rutledge is excited about.  “It’s a pretty rockin’, upbeat album,” he says proudly. “Pretty much everything else on the album is upbeat, fun and sexy! There are songs about summertime, sunsets, cold beer, love, relationships, girls, back roads, Texas… ALL that fun stuff.”

While traces of his influences can be heard resonating in the musical passages, Don’t Stop is still very much his record. “There’s a really good blend of ME on this album,” he insists. “I think the listener will be able to hear my rock and roll influence as well as my Keith Urban influence. The last track on the album has an extended guitar solo at the end where I get to flex my rock and roll muscles a bit!”

If you dig the tune, make sure you pre-save it for yourself! 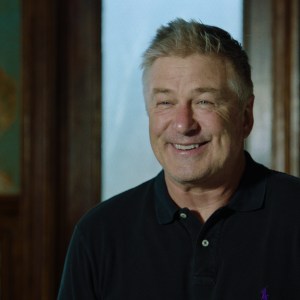 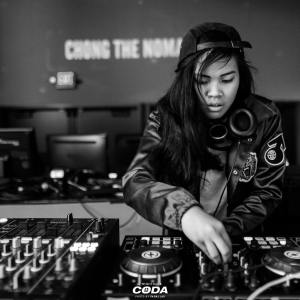