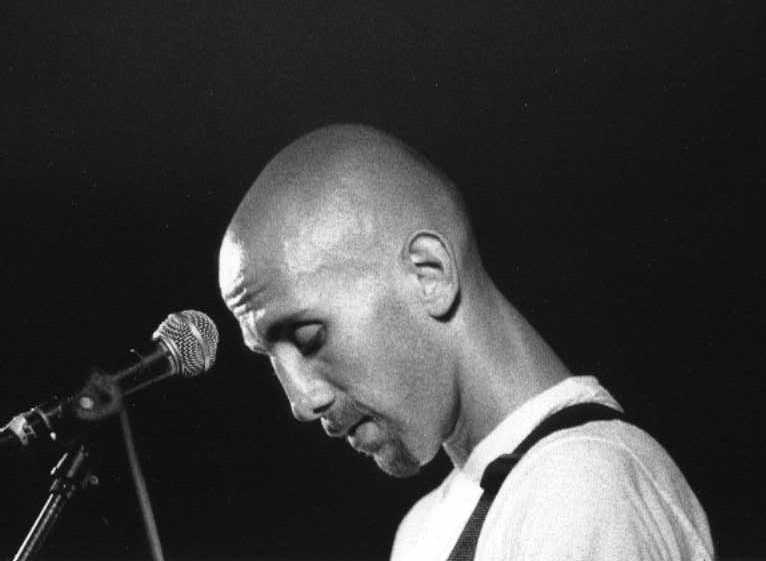 When most people hear of a Berklee-educated musician, they may conjure the legendary likes of Gary Burton, Branford Marsalis and Paula Cole-or even pop contemporaries like John Mayer, Aimee Mann and other artists who have “made it” in the traditional sense of the term. But in this age of coalescing, convalescing and even crumbling labels, fewer and fewer artists can afford to “make it” in this way. Thus, many find their own paths and seek alternative outlets for career direction.

For singer/songwriter Gonzalo Silva, that path has lead downward, but now appears to be reversing its direction. Having gotten his start as a busker in the subway tunnels of Boston, the Montreal-born Silva has since decided to eschew the trappings of the traditional performer in order to forge his own path underground. “It was basically an evolution,” Silva suggests. “I have been doing this for 10 years, nine of which were trial and error.”

Having tried to make it in the traditional sense for most of his career, Silva came to realize that his occasional venue (i.e., the subway tunnels of Boston, New York, Montreal and, most recently, Chicago) had in fact become the heart and soul not only of his career but of his music. “I realized that it was the subway that allowed me to sell records,” he explains, “and since I did not have much marketing support, I realized that I needed to go with what I knew. I realized that I could not rely on the current industry climate to do what I wanted, so I decided to dedicate myself to this approach, knowing that I could make at least as much as I could in any other job I was qualified for with my music training.”

Though Silva’s first memory of busking involved a juggler he saw performing in Boston’s famed Faneuil Hall Marketplace, his first fellow musical traveler was fellow subway star Mary Lou Lord. “She was the first original musician I saw performing on the street,” Silva recalls. “She made it look really cool. She always had a sort of mystique about her because she had decided herself to this.”

Since that time, Silva has taken inspiration from Chilean Flamenco players, Canadian chanteuses and fellow Boston buskers like Lord, Martin Sexton and Peter Mulvey-all of whom often return to the tunnels when in Boston. “The lifestyle is very open,” he says of the busker’s practices. “I am responsible for calling my own hours and going down there and I come and go as I please.”

Though Silva began his career during the evening hours, he soon came to see the morning rush as the most promising time to perform. “You tend to catch people off guard,” he surmises, “and they tend to be more supportive and open in the morning.” Having found a reason to get up in the morning (as opposed to the “typical artist-type hours” he kept in the early days), Silva came to see busking not only as a true calling but also as a real job. “The subway is my office, and I have to show up,” he says. Not that he dislikes his work environment-“I actually prefer the underground because it is acoustically and visually more captivating,” Silva suggests. “Even if my audience is there for five minutes, it’s my audience. Above ground, I feel dwarfed by the expanses and the people tend to be passing by.”

During his early days in Boston, Silva was often accompanied by fellow musical traveler Jason Gardner. “I enjoyed that arrangement because Jason’s drumming gave the people something to connect with and allowed us to work as a team, which was more comfortable,” he recalls. These days, however, Silva is most often a solo act. “I am more comfortable playing on my own now,” he says. And though he may prefer performing underground, Silva says that he has reached a point where a reemergence may be in order. “I feel that I have been doing this long enough that I am ready to reemerge to the streets as a solo artist,” he says. “I have become comfortable enough in my skin and have exposed myself enough that I am willing to suspect that there are some passersby who are familiar with my presence, and that makes the job comfortable for me.”

It may be no wonder, then, that the opening track of his latest CD, Busker, is called “Take Me to the Sun.” “It is hard to play above ground in New York,” Silva says. “In New York, there are few places where you can go and not get drowned out. That is different than, say, Harvard Square, where there are sanctioned performance spaces. Even so, I think I am ready to try it, even as a solo artist with original music.”

And from whence does his original music originate? As with any songwriter (at least any one worth listening to), Silva writes from personal experience. However, he says, he also tries to craft the songs so that people can relate to them. “It is a double-edged sword, in that I feel that my best material is also the most honest and personal, and sometimes I feel that that music is inappropriate for public performance,” he admits.

In order to balance this musical tendency, Silva has also penned a number of more uplifting and less personal tunes. Fortunately, he has found audiences for both. “Some of my listeners appreciate the more honest stuff,” he observes, “but the more Pop-oriented stuff hopefully expands my audience so that I can then bring them closer to the other stuff.” In the liner notes of Busker, Silva invites the music lover into his head and heart with a frank and honest assessment of his decision-drawing in the reader as he so often does the listener.

“I went into the subway to perform my songs with the naïve notion that I would get discovered,” he begins, echoing the equally sage introduction to Henry David Thoreau’s Walden. “Little did I know I would be doing the discovering.” As the term “busker” comes from the French word busquer (“to search”), it makes sense that Silva stay in the darker corners of the world to find his musical soul. “The subway has pressured me to be more mindful of more uplifting music, but it has also taught me the importance of being as honest as I can,” he says.

And such honesty goes further than just the music itself. “Anything I do now is intuitive,” Silva suggests. “If I want to play a ballad, I will honor that feeling, even at the risk of coming across as another bleeding heart singer/songwriter.” Ultimately, Silva says, he has come to realize that he cannot please everyone and that the true key to success is to work on improving his performances.

“Hopefully, that will allow me to continue to make it,” he says. But is that all, Gonzalo? To “make it?” Is that the end of the dream? ”

At this point, there are two dreams,” he replies. “One is my adolescent dream of sweeping commercial success. I used to have a definition of what it was, but now the market has changed so much, I have lost that definition. The other dream, which is the more practical dream, is to be truly self-sufficient-not necessarily living on the edge as I did for a long time, but to be disciplined and to keep at it.”

In addition to being able to save money for the first time, Silva has found other benefits to taking his music as seriously as he does, going back into the tunnels day after day. “By just showing up and playing,” he says, “I meet up with people who have heard me before and who recognize my work, and that is part of the dream too because it helps me realize that it can only get bigger and better. Even if success eludes me, I know that I have created my own business and am making it on my own terms. I am at peace.”