It’s easy to feel disconnected from other people, almost like you’re inhabiting two completely different worlds, but really, we’re all in the same place and those disconnects are arbitrary constructs that we use primarily to make sense of the world around us. A sea bird may fly over the ocean, but the same breeze that carries it skyward on outspread wings creates the waves that crash below. Those winds weather stone. Those winds reshape the deserts on a regular basis.

So, while the sparrow may fly above the waves, the sea and the sparrow are inextricably linked, and share a common bond. Whether that bond is apparent to either is a matter of how deeply they seek to bridge the divide of sky and forge a connection.

“The Sparrow & The Sea” is the latest single from Nashville artist Van Darien, off her upcoming LP Levee, which will release April 10. The track was produced by Steven Cooper and JD Tiner at East Nashville’s Glass Onion Studio, and features backing/duet vocals from Indianola’s Owen Beverly.

Van Darien’s vocal is beautiful and possesses a restrained power that is reminiscent of great artists like Melissa Etheridge, and it mingles very well with Beverly who comes in on the second verse to play the part of the sea in Darien’s poetic lyrical tale.

On its surface, the song is about a clash between two people who long to connect but can’t break through the natural barriers preventing them from fully understanding each other. The two players in the tragic game are portrayed as elements of nature; there’s a sparrow flying above, longing to forge a stronger connection with the sea below, “I may never see the currents/ I may never know your ways/ If I could breathe underwater/ It would be so serene/ I’d dive right into your arms/ Of aquamarine.”

It’s a melancholy tale of unrequited love that failed to weather the storm, not because the love wasn’t there, but the forces dividing the two were too strong to break through so they could make things work.

The song has the restless energy of uncalm seas, complete with a squelchy guitar solo, tremolo heavy strummed guitar chords, and a cadence that plays through the track like a storm building up until the last chorus where it breaks, lifts, and the sun returns again beaming through the clouds. Darien explained the story to American Songwriter in a fittingly poetic fashion, saying, “This is a true story of a sparrow that once fell in love with the sea. I watched her dive into his waves, being carried by his current, and struggling to breathe. It almost destroyed her.” 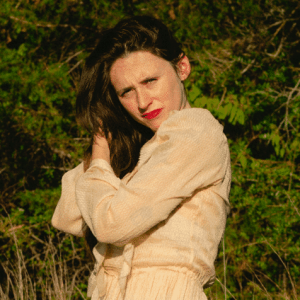 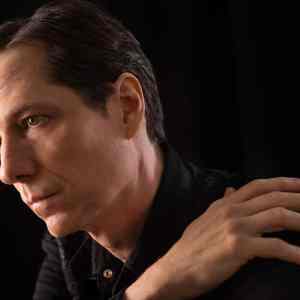