The grainy, blurry cover photo (also on the disc) for this soundtrack to a new documentary about obscure Memphis musician Van Duren serves as a perfect metaphor for his life.

“Van who?” you’re likely saying. Well, that’s the point of the film. To expose and enlighten music lovers — especially those with a Big Star album or two in their library — about the music of this talented pop-rocker who, due to the usual vagaries of the music business, has become so far off-the-radar as to be known only to a small cult of fans.

The bespectacled singer-songwriter released his terrific 1978 debut Are You Serious? on the Big Sound label to generally positive reviews but almost zero sales and promotion. It belatedly caught the ear of Australian musician Wade Jackson — a Big Star/Ardent studio super fan — in 2016. He joined with a similarly obsessed friend Greg Carey and they embarked on a joint venture to film a documentary about the elusive Van Duren. Somewhere in the process reissue specialists Omnivore Records got involved and the result is this revelatory dozen track set of highlights from Van Duren’s intermittent musical career.

At only 45 minutes, this compact compilation is a logical place to begin an appreciation of the singer-songwriter’s overlooked catalog. It covers the years from his 1978 debut through 1986 and includes work fronting various acts with rare, sometimes previously unreleased live and studio tracks.

Power pop fans alert: Van Duren combines the best aspects of Badfinger, the Raspberries, Cheap Trick, Emitt Rhodes and yeah, Big Star, for a tight, melodically rocking sound that’s instantly likeable. There are obvious comparisons to McCartney’s tougher Beatles material (Duren once recorded a taut version of “Hey Bulldog,” not included here) and early solo releases, but Duren blazes his own path even if he proudly wears his influences all over his sleeves.

The disc leans towards rockers and upbeat tunes, a smart move since ballads like “Waiting” and “Positive (Wedding Song)” are overly sugary confections. The disco drums and cheesy synth of “Make A Scene,” not surprisingly recorded in disco’s heyday of 1978-’79, date that song which is otherwise a solid crunch-rock gem with searing lead guitar. But at least ¾ of these tracks are potent, rollicking three- to four-minute slices of compressed power pop as impressive as most of Duren’s far more famous influences. Duren also contributes detailed notes about every selection, providing information only he would remember. Oddly though, there are no current pictures of him in the package.

Hopefully someone (Omnivore?) will re-issue Van Duren’s classic, long out of print ’78 debut in its entirety. But for now this collection — and its accompanying film — is a tantalizing recap of his all-but-unnoticed talents and a near perfect, long overdue revitalization of a career that once looked to be as over as they come. 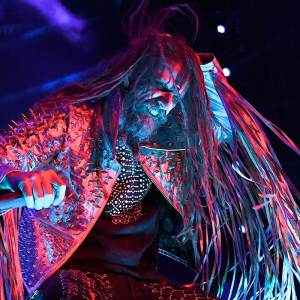 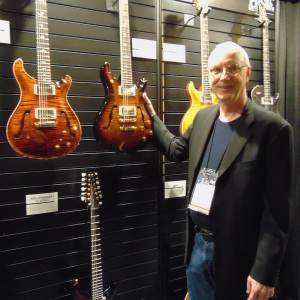