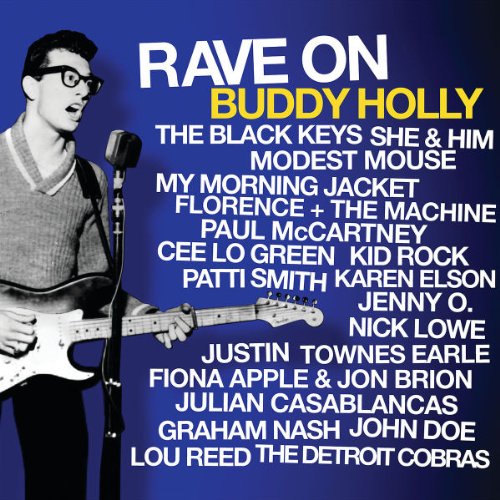 During the late ‘50s, Buddy Holly helped pioneer a new kind of music – rock and roll, a country/R&B hybrid driven by shuffling backbeats and electric guitars – that became the definitive art form of an entire century. He would’ve turned 75 this September. Unfortunately, Holly’s career ended soon after it started, coming to an abrupt halt in a plane crash that snuffed out the flames of three fast-burning newcomers. His legend lives on in the unlikeliest of places, and Holly, who’d expressed interest in learning flamenco guitar and recording an album with Ray Charles before his death, surely would’ve gotten a kick out of this tribute album, which stretches his songs far past their traditional rock and roll origins.

Despite the handful of fine straight-ahead replicas – including “Oh Boy,” performed with typical doe-eyed cutesiness by She & Him, and “Maybe Baby,” which Justin Townes Earle recreates nearly note-for-note – Rave On Buddy Holly hits its stride whenever one of its 19 tracks breaks away from the original. “Well All Right” is turned into a soulful Stax rocker by Kid Rock, who did the same essential thing with Loretta Lynn’s “I Know You” on last year’s Coal Miner’s Daughter tribute. “Peggy Sue” is slowed down and performed with glowering pretense by Lou Reed, who doesn’t seem to realize he’s supposed to be having fun. On the other side of the coin is Paul McCartney, owner of the rights to Buddy Holly’s catalog, who hams it up a little too fanatically with “It’s So Easy.” After stretching the song two minutes past its original length, McCartney keeps yapping long after the music ends, telling anyone who hasn’t skipped to the next track – Florence + the Machine’s percussive, polyphonic “Not Fade Away” – that they’ll be able to find him “down by the old juke joint, man; we’re gonna be playin’ them records, we’re gonna be dancin’, man, we’re gonna have suuuuch fun, cause it’s SO! EASY!” Well, he definitely doesn’t make it sound easy.

Other artists take chances with better results. Fiona Apple, who’s been fairly quiet since 2005’s Extraordinary Machine, turns “Everyday” into a casual duet with Jon Brion. Julian Casablancas runs “Rave On” through the same New Wave synth-pop machine that spat out Phrazes For The Young. With then-husband Jack White’s help, Karen Elson creates a call-and-response with her own double-tracked vocals on “Crying, Waiting, Hoping,” and Modest Mouse hits “That’ll Be The Day” far out into left field, turning the song’s familiar shuffle into an elastic mix of start-and-stop verses and legato choruses.

Cee Lo’s rockabilly take on “(You’re So Square) Baby, I Don’t Care” may owe more to the Elvis version than Holly’s own cover, but it’s the best vocal performance on the disc, not to mention the only reminder that Buddy Holly’s songs reached across racial divides as much as musical boundaries. One of the first Caucasian acts to ever play the Apollo Theater, Buddy Holly and the Crickets helped integrate the country’s tastes at a time when segregation was de rigeur. If there’s one consistent flaw with Rave On, it’s the sheer whiteness; Buddy Holly wasn’t meant to be heard in monochrome.

Still, assuming the point of any tribute album is to show the full breadth of the artist’s influence, Rave On is a breezy success. Its timeline spans a half-century of music, pitting legacy artists like Patti Smith, Graham Nash and John Doe against the contemporary likes of Jenny O., My Morning Jacket and the Black Keys. On any given day, most of these acts have little to do with one another. Here, they’re all bound by a shared love for lovelorn melodies, hiccupping vocals, and perhaps a pair of geeky, thick-rimmed glasses 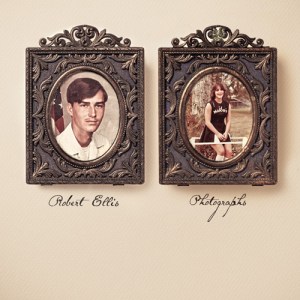