Leave it to Victoria Canal to simultaneously find her voice and self-destruct.

That’s exactly what happens in the Los Angeles-via-Madrid alt-pop artist’s new video for “Victoria,” the fearless, gritty title track off her latest EP.

“‘Victoria’ is the somewhat manic self-hype song I feel like everyone deserves,” Canal tells American Songwriter over email. “You know? It’s basically me looking at myself in the mirror and saying, ‘You’re literally better than everybody else, I don’t trust anybody but you. It’s you and me against the world, kid.’”

Canal teamed up with director Rafael Perez for the visual—premiering below—which depicts an illustrated Canal falling apart in her living room. “I knew I wanted the whole thing to be in reverse,” she explains, “and the storyline to be that my character is self-destructing after watching the world go down in flames.”

Meanwhile, Canal delivers some of her most bracing lyrics to date: “Victoria, they’re onto us / Hold tight ‘cause hiding’s not enough anymore / Like a phobia stirring in my blood / You are the only one I trust, Victoria,” she sings in the chorus.

We caught up with Canal about her new EP, her “Victoria” video, and her recent quarantine songs, which deal with “family, grief, God, loneliness, friendship, and probably not romance cuz there’s none of that happening.” Check out the full interview and watch “Victoria” below.

American Songwriter: Tell us a little bit about your Victoria EP. What did the writing and production processes look like?

Victoria Canal: I wrote the batch of songs on retreat in an apartment in the middle of Texas. I had just come off tour, my 20th year was coming to a close, and I wanted to hide away somewhere and create a sort of sonic time capsule of that era for me.

I co-wrote the songs with Martin Luke Brown and we took them to Barcelona to finish the production on the record with Matt Zara. We set up shop right on the beach to finish the project—so from beginning to end, the process was quite beautiful and therapeutic, in a very intentional way. Conceptually, the EP is [an] exploration of self-worth [and] ‘the self.’ In making the music, a newfound courage came through my artistic voice.

What’s the story or message behind the title track, “Victoria”?

“Victoria” is the somewhat manic self-hype song I feel like everyone deserves. You know? It’s basically me looking at myself in the mirror and saying, “You’re literally better than everybody else, I don’t trust anybody but you. It’s you and me against the world, kid.”

I watch all this horrible news on TV and scroll through highlight reels on Instagram and am all the while locked away, self-isolating in my room… that can make you feel like your brain is on fire, and like you’re all alone. When you’re alone for long enough, you kind of have to become your own sidekick by default.

How’d the music video come together? How does it connect to the song and the rest of the EP?

I had envisioned an animated video since I wrote the song, pre-pandemic, curiously. It depicts this whole idea of locking myself up to self-analyze, being a little obsessive with my own mind and body so much that the outside world becomes caricatured, and even I myself become caricatured (hence my somewhat disproportionate, disfigured character).

We found an amazing director, Rafael Perez, who’s worked [with] Katy Perry, Bad Bunny, Rihanna, to name a few. I loved his talent for animation and had a feeling he could make my vision come to life. I knew I wanted the whole thing to be in reverse, and the storyline to be that my character is self-destructing after watching the world go down in flames. From seeing it through the TV, it starts to bleed into her own reality, and eventually it’s what causes the house itself to be in flames and for her [head to become disconnected from her body].

It’s a fun, multi-layered video and it’s my first video where I was the creative director. It connects to the rest of the EP in that the song and video continue my exploration of ‘self-worth’ and of ‘the self.’ It functions like an ‘on-off’ switch—top of the world, bottom of a ditch kind of thing. It is interesting to observe and pick apart the total lack of reliability that is ‘my brain’ and put it into music form.

I am looking forward to putting out songs that I’ve produced and written in isolation. The Victoria EP is my golden collaboration project, and I cherish MLB (and will likely write with him for the next project), but in between, I plan on putting out some of the existential and vulnerable songs I’ve written in my bedroom the last few months, dealing with family, grief, God, loneliness, friendship, and probably not romance cuz there’s none of that happening. [I’m] so excited for everyone to see [the “Victoria” video]. Hopefully they’re not frightened by a real visual glimpse into my mind.

The Victoria EP is out now. 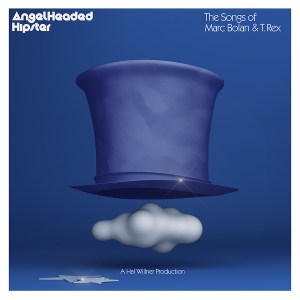 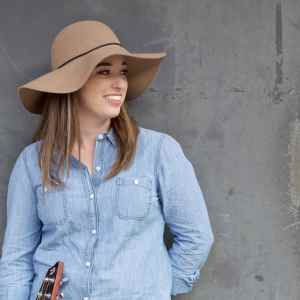