We here at Lake Fever Sessions make no attempt to hide the fact that we sometimes get a little giddy working with some of our favorite artists. So when our crew over at American Songwriter asked if we had any interest in a session with Brendan Benson, we knew we were in for something special. Ever since Brendan first moved to Nashville with The Raconteurs, Jason Bullock and I have been kinda pipe-dreaming about getting him in to record with us at Lake Fever. Finally, it was going down and we couldn’t have been more…. well, giddy.

So when he showed up to the studio that rainy afternoon–not alone as we had expected, but with a couple friends in tow, ready to sing and play–I was a little taken aback. Selfishly, I was hoping we’d capture a few bare-bones performances of some classic Brendan Benson jams both old and new… obviously, he’d do some stuff off his new record; “Lesson Learned” or “A Whole Lot Better” would be cool. Maybe he’d throw in a good cover, like that Graham Parsons b-side from a few years back and then take us back to ’96 with a big hooky “I’m Blessed” or “Crosseyed” to close us out. As they unpacked their guitars and warmed up the piano, it became apparent that this wasn’t going to be another performance for us old school fanboys.

But what did play out was even better. With his current songwriting partner Ashley Monroe by his side and piano man Andrew Higley tickling the black and whites behind him, Brendan Benson showed us a new musical face… let’s call this one “Nashville Brendan” for now. Substitute Townes Van Zandt and The Louvin Brothers for Todd Rundgren and ELO in his list of influences and you’re on the right track.

Not sure what circumstances gave rise to Nashville Brendan, but one can speculate. Maybe it’s the slower pace of living in Nashville or the financial lure of penning tunes for chart-topping country artists (which, I actually really hope plays out). Maybe it’s the fact that he’s married with his first child on the way. Regardless, it’s pretty obvious that his songwriting work with Ashley Monroe has probably had more of an impact than anything. As you watch this, note the sparks that pop as they harmonize and trade lines. When you’re done, go find the video of The Raconteurs collaborating on “Old Enough” with Miss Monroe and Ricky Skaggs and notice those same sparks when she comes in with her first harmony halfway through the first verse. It steals the thunder from any Jack White/Ricky Scaggs “moments” in the video. I believe that was the first time these two worked together (which was oddly enough recorded right next door to Lake Fever at Ocean Way… the Goliath to our King David, if you will), so you can see why that first day led to their current collaboration.

I’m sure you’ll be seeing much more from these two in the near future. Enjoy! 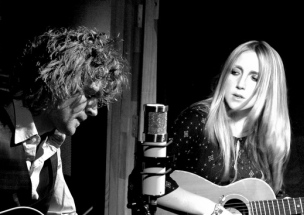 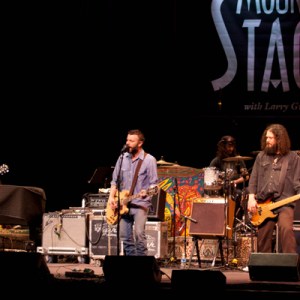 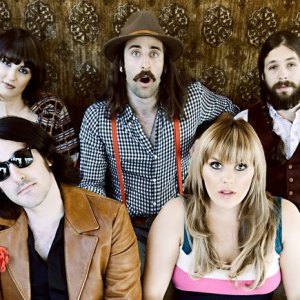