“The first thing we see in this video is alien me,” says Kacie Marie of the dystopian flick she helped craft for her latest single “Bad Luck”–a pounding alt-pop number that taps into the New York singer-songwriter and producer’s darker side.

Today Kacie and producer Joel Hamilton share an exclusive behind-the-scenes commentary on the “Bad Luck” video–filmed by Abyssu and Anthony Curry and edited by Kacie and Chris Vongsawat–via American Songwriter.

“We came prepared with gels, crystals, vases–pretty much anything that would be interesting to shoot through,” says Kacie of the video’s production. “Every video we make–especially this one–is all about experimentation and texture.”

The behind the scenes commentary shows Kacie and Joel breaking down “Bad Luck” in Mystery-Science-Theater-3000 style, with the video being projected behind them.

“It’s almost like the video became an extension of the song,” says Joel. “It was like we were writing a movie for an imaginary video that Kacie made a reality.”

Kacie’s character in the video is something of a supernatural seductress, who eventually preys on a gravely misled victim.

“The character in ‘Bad Luck’ is definitely a pulpy, sexy, lusty, dangerous, creeping creature feeding off of love and lust and really being playful about it,” she says. “The bridge [of the song] is when he understands that it’s no longer sexy, and that he’s become our prey. It’s good to see fear on his face.”

“So why were you chasing him?” Joel asks Kacie as their commentary comes to a close. “Well in the end it turned out to be a spider-like seduction into a sadistic web,” she replies. “All for my own entertainment.”

“Bad Luck” is Kacie’s first single of 2020, following 2019’s “Sleepaholic.” She and Joel bounced ideas, images, and textures off each other to produce both the track and video.

“Each time we would cast Kacie into a role–kind of like, who is singing this song?–Kacie would become that particular character before we had an idea of what the imagery would be,” says Joel of the duo’s creative process. “The images would then be in Kacie’s hands and she would experiment with different textures and that would then inform how [I would] mix the thing.”

Check out Kacie and Joel’s full commentary and watch the ‘Bad Luck” video below. 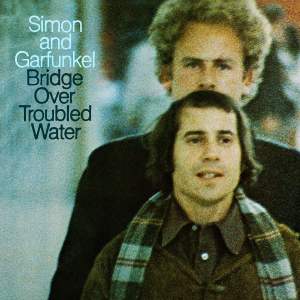 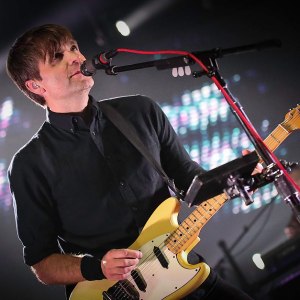