The LR Baggs Align Session pedal was released in 2018 and is still available in stores. We reviewed the unit back then, along with their Equalizer and Active DI which you can read at this link and below. What does it sound like? Well, we gave it a spin, courtesy of guitarist Matt O’Ree, who pulled out his trusted Martin and strummed and fingerpicked his way through different chords and runs to give you an idea of what you can expect from the Session pedal.

The Session pedal is a Comp EQ pedal based on the sound and tone you would get from higher end gear found in recording studios. It’s a revamped version of their Sessions DI introduced several years ago with some changes. The folks at Baggs have set up a facility in Nashville and spent time recording many artists for their video series (hence the Sessions name). While there, they spent some time in top studios analyzing and perfecting the saturation and warmth certain vintage rack units produce and incorporated into the Session. The pedal features compression and EQ and instantly brought my sound to life with some real easy settings. In fact, none of them can steer you wrong- even having them all at 12 o’clock produced a sweet sound. The output jack on the new Align Session is ¼” only, where the original unit had both ¼” and XLR balanced. 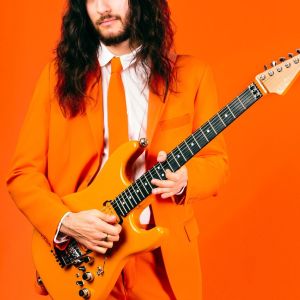