We’re excited to bring you the brand new video for “Miss You On The Farm,” from country singer-songwriter Whitney Mann. The song, from the EP The Western Sky, was inspired by a death in the family.

“My Grandfather had passed away in April, so I wrote this song as a memorial to him and as a way for me to deal with his death,” says Mann. “I wanted to add in the drum cadence throughout the song to honor his service in the Army, as well as to push the listener and take them to a time of losing someone special. I think everyone can relate to losing someone close to them; and with the military feel to this song, it also ties into the upcoming Memorial Day holiday.”

The video was shot at Blast House Studios in Madison, Wisconsin, and depicts Mann and her band mates recording the track in the gorgeous space. “Blast House has such great isolation that we were able to track acoustic guitar, upright bass, and drums all at the same time and all mic’d acoustically,” says Mann. “No instrument was ever plugged in during the making of the new EP, The Western Sky. We were also able to capture my lead vocal at the same time as these rhythm tracks.The b-roll was shot during a trip to where I grew up in southern Michigan. All the locations are accurate, from the fields to the funeral home to the cemetery and head stone.” 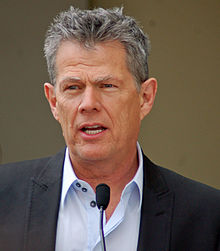