Much like the rest of the world, the aspiring singer/songwriter has spent many a day falling into the honest lyrics of manty of the superstar’s greatest hits, increasingly inspired by the collective nature of their truth and vulnerability.

Never did Rose envision a day they she would find her name next to Swift’s name on the all-genre iTunes chart. But on a December morning in the pandemic-filled year of 2020, the two artists found themselves sitting alongside one another on the coveted chart, silently battling it out for the top spot.

Guess who came out on top.

In the early morning hours of December 15, Rose debuted at number one with her downright infectious new song “Villain.”  And while many may not know the name of the 27-year old with the ever-present baseball cap, hundreds of thousands of people now do thanks to the almighty and career-altering social media platform TikTok. And, once again, yet another artist has found a way to utilize an enormous, strong and loyal social media backing to ignite a firestorm of support for their music.

“There was a time when the world didn’t know the name Justin Bieber either,” the singer/songwriter with the luscious yet gritty sound proclaims during an interview with American Songwriter. “This is not anything different.”

Indeed, in the same way that Kane Brown mesmerized millions back in the day via covers he recorded in his bathroom and in the same way artists such as Andrew Jannakos, Priscilla Block and Robyn Ottolini scored record deals this year thanks to their insane social followings, Rose has now graced the country music genre with her presence, and if it’s up to her, she’s here to stay.

“It’s been an interesting journey, so far, to say the least,” explains Rose, seemingly sounding like she is suffering from an emotional whiplash as of late. “Everything happened in the span of seven weeks.”

Sporting a name that seems custom made for a country starlet, and yes, it’s her real name, there is no doubt that Rose shines differently than perhaps any other country artist out there today. She looks different and sounds different, she has a girlfriend she loves and fans she adores, and she has an identity all her own.

And that’s what makes her and her story beautiful.

“I grew up in a household of performers,” she reflects. “I have always had this attitude of ‘this is me,’ like it or not. There was no questioning of my identity.”

A former high school basketball and soccer standout hailing from the great state of Georgia, Rose was raised by a radio executive father and a fitness buff mother. She attended college in Athens and studied communications, and in 2015, she moved to Nashville.

“I grew up in Atlanta and then I went to Athens and then I came to Nashville,” says Rose, who was raised on the music of everyone from The Beach Boys to Bruce Springsteen. “Three southern hotbeds for music, and I have spent time in all of them.”

Over the past six years, the no-nonsense artist has written over 200 songs and before the pandemic, had been booking just about 80-90 dates a year. But it wasn’t until she shared a snippet of one particular song that her star began rising at warp speed.

That song is “Villain.”

“Y’all let me know if this punches you in the gut,” she said in a message to her TikTok followers on December 1, just two short months after joining the social media platform. “It’s a good one.”

“I knew something was happening,” she remembers.

On December 3, she informed her TikTok followers that the snippet had hit 1M views and 1K shares in less than 24 hours.

“You guys blew this up the first time,” she then told her TikTok viewers on December 5. “If you get a million again, I will release it.”

The second video hit another 1M views in just 13 hours, and “Villian” was released.

“I wrote it last year with Kyle Clark and Mackenzie Carpenter, and it’s essentially about being labeled as the bad guy in a relationship,” says Rose. “I’m a concept person in the writing room. I look for the hooks, and with “Villain,” it is that hook that sold me on the song.”

You can be the hero,
I can take the fall,
If that’s how your story goes,
say it’s all my fault
I can be the villain.”

In less than 48 hours from when the full song was released on all digital platforms, it was streamed over 250K times. Now, naysayers may say it was just a viral moment. Maybe Rose is just another one hit wonder. But something tells us that the sheer vulnerability of this artist paired with the rawness of her songwriting just might make her someone everyone will know come 2021.

“It’s all about being transparent,” she says. “When you do that, you build relationships and sometimes, relationships build hits.”

Get “Villain” on Amazon
Buy from Amazon 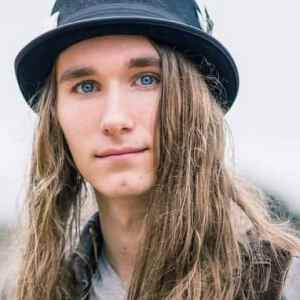 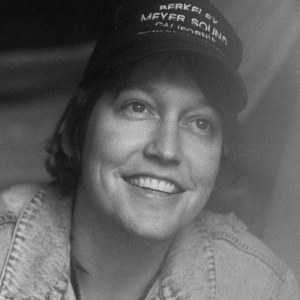