When country duo Tigirlily stepped into the writing room on that dreary fall day in 2020, they found themselves with a plight common to a bevy of songwriters during the ongoing pandemic.

Should they even entertain the idea of writing a song about life when there was so much death? Would anyone want to hear a sassy song at a time when no one was feeling anything close to sassy? What was the right song to write while everything seemingly was going so wrong?

It was these sorts of thoughts that flashed through the mind of Tigirlily, until they began listening to their heart. And from there, the empowering song “Somebody Does” came flooding out.

“For us, we have always wanted to make music that makes a difference,” explains Kendra Slaubaugh, who alongside little sister Krista Slaubaugh makes up Tigirlily. “With everything that was going on at the time and all the hate and heaviness in the world, we just wanted to make something that we thought people needed to hear.”

And as they let their very own songwriting mission statement seep a little more into their souls, the sisters couldn’t get one particular sentiment out of their mind.

“We just kept on coming up with the phrase, ‘I don’t know who needs to hear this, but somebody does,’” Krista remembers. “I don’t think people understand how much they mean in this world and how much they mean to other people. But I think now more than ever, it’s nice to have this song serve as a reminder to everyone.”

“We communicate with our fans so much,” adds Kendra of the song that came to be at the tail end of a ‘hard core, writing twice a day creative streak.’ “To be able to send this message out to everyone following us, we just believe it’s so important, especially at this time of the year.”

Written by the Belmont University alums alongside friend, confidant and fellow songwriter Zarni Devette, “Somebody Does” was created on a day when all three admit that they weren’t feeling their most creative. But they pushed through and ended up with a song that became a stirring creation of strong, yet pandemic-weary women who came together to remind others of their internal strength.

“It was just three of us girls,” remembers Kendra. “We have all written together quite a bit, so it always seems like ideas just pour out of us whenever you are in a situation where you can truly let your guard down. And when we collectively did that, we realized that we just wanted to create a song that would give some love and light.”

Now, with a specific goal in mind, the girls got going. The chorus came first, then the verses. The all-encompassing song was complete in the span of an afternoon writing session and was quickly demoed soon after.

“Everyone that we let hear the song felt like the song was really special,” remembers Kendra, who grew up on a hearty dose of uplifting music from artists such as Sugarland and Rascal Flatts. “Everyone said the same thing—‘you don’t know how many people you are going to reach with the message of this song.’ (Pauses.) It really made me think. When I’m gone from this world, what am I going to leave and is it going to make a difference in someone’s life, or no? That’s how we go about our songwriting and our music.”

It’s this underlying purpose within the professional and personal lives of Tigirlily that have driven them early in their lives. Harmonizing from an early age, the North Dakota natives have long benefitted from doing life and career together by each other’s sides.

“We are best friends, and we love sharing every high and every low with each other,” says Krista, who formed Tigirlily with her sister just over eight years ago. “And quite frankly, it’s fun and comforting to have family with you on this crazy ride. I would be scared to be a solo artist.”

Krista laughs, but the truth ultimately seeps in.

“When we are in the writing room and something is off, we can just look at each other and just know,” continues Krista, who admits to focusing on the lyrics in the writing room while Kendra puts her attention on the melodies. “I guess you could call it sister telepathy. But we have to be in the room together when we are writing in order for it to work (laughs).”

And while they love collaborating with male writers, the women of Tigirlily truly believe “Somebody Does” needed an all-female cast.

“I’m not sure if it would have been the same song if we had a male on it,” Krista says.  “This song was the creation of three friends putting their heart on their sleeves.” 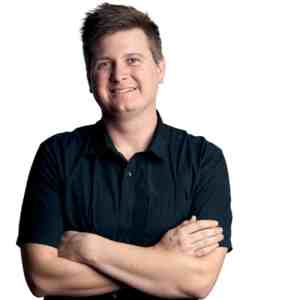 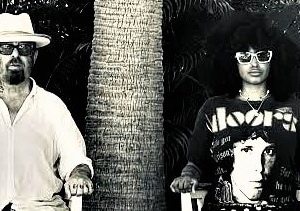