Multi-platinum selling country singer Justin Moore may have scored nine number one hits and three number one albums throughout his career, but even he admits that he’s never been one to think too hard about his music. Frankly, he doesn’t set out to release epic albums or write overly masterful lyrics, and he rarely raises his voice too loud when it comes to stating his opinion.

Instead, the guy stays in his lane. Because that lane is working.

“Some artists go out there and want to say this with this album or they want to make this known with that album, but as an artist, I’ve just never set out to do that,” Moore tells American Songwriter. “From an artist perspective, I just always record and write songs that mean a lot to me. As a songwriter, you write from your point of view on whatever day you are writing.”

And on his upcoming album Straight Outta The Country, set for release April 23, the majority of the writing actually took place before the world was shook by a pandemic and tours were cancelled and the future became a somewhat scarier place to reside within.

“This album was written and recorded at the same time as Late Nights and Longnecks,’” says Moore of his 2019 album, which spurned hits such as “Why We Drink” and “The Ones That Didn’t Make It Back Home.”  “It’s an extension of that album from a production and song and stylistic standpoint.”

One will recall that Moore was very vocal about making a concerted effort to get back to the basics with Late Nights and Longnecks, purposely taking it back to the traditional country music he cherished and the songs that have come to represent the artist Moore has always been at his core.

And it’s that Moore that one continues to hear loud and clear on Straight Outta The Country, an 8-song collection now added to his already impressive catalog that serves as yet another example of the authenticity that radiates off the Arkansas native in just about everything he does. Made up essentially of the leftovers from Late Nights and Longnecks, Straight Outta The Country is still filled to the brim with possible number ones, including the already top 30 smash “We Didn’t Have Much” and the ultra-emotional “More Than Me.”

“I had a song, probably two albums ago, called ‘That’s My Boy’ that I wrote after my son was born, so I was under some pressure to write one for the girls,” Moore laughs, referring to the song that he co-wrote alongside Paul DiGiovanni, Jamie Paulin and Jeremy Stover. “I was having a conversation with my oldest daughter and she was telling me that one of her friends from school was having trouble with her boyfriend, and I was like, ‘oh good Lord.” His daughter was nine years old at the time.

“Basically, I told her that that was a long way down the road and that we weren’t going to go there,” the father of four remembers. “But I also told her that you better find someone who loves you and when you do, they won’t love you as much as I love you. (Pauses). I tell them every day how much I love them. They probably get tired of hearing it. But long after I’m gone, this is the kind of song that will live forever. They will be able to go back and listen to it when I’m not here. Maybe it will be a cool reminder, you know?”

We know. And he knows. Because at 36 years old and having just survived a pandemic that far too many did not, Moore does find himself looking at life a little different than before.

“Yeah, I guess I’m looking at the bigger picture more now than ever before,” says Moore, who hints that he just might have another album ‘ready to go’ after this one. “I know that I listen to music differently today than a year ago today. There is no doubt, you can tell where an artist is in their life if you dive into any album deep enough. Those songs that are on there, they were all conscious decisions to be put on there.”

And just as consciously, Moore packs Straight Outta The Country with some road-worthy showstoppers, such as the nineties-tinged “She Ain’t Mine No More” (another possible Moore/Paul DiGiovanni/Jamie Paulin/Jeremy Stover penned smash) and the Sarah Buxton electrified “You Keep Getting Me Drunk.”

“I’ve been saying this since I moved to Nashville in 2002, [Sarah Buxton] is my favorite voice in Nashville that I have heard in that time frame,” he says. “She is not only a great lead singer, but an incredible harmony vocalist.”

But frankly, Buxton has never enjoyed the spotlight of a Justin Moore. And for that, Moore shakes his head.

“I have a lot of friends in Nashville that are a lot more talented than me that haven’t experienced the success that we have,” he says in a somewhat subdued manner. “I’ve been very fortunate. In my opinion, it’s about not deviating much from what you set out to do. I mean, we’ve tried different things here and there, but we’ve never gonna off the rails sort of speak. Stick to your guns, no matter what.” 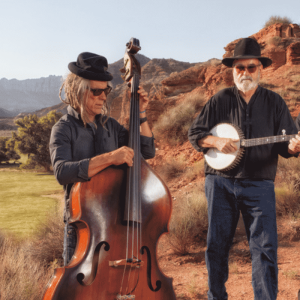 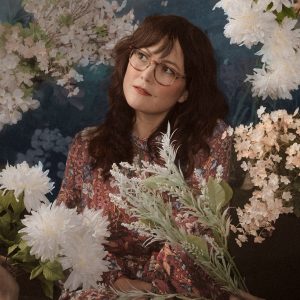