“Please keep Nashville in your heart,” wrote country star Taylor Swift on her Twitter page. “Seeing a picture of the Grande Ole Opry halfway underwater was a kind of heartbreak I can’t describe.”

After being deluged by massive flooding over the weekend, much of middle Tennessee is still struggling to recover from the damage, including many areas of Nashville. On Thursday night, Vince Gill organized a telethon, dubbed Flood Relief With Vince Gill and Friends, featuring country music stars like Swift, Keith Urban, Naomi Judd, and Kenny Chesney. The three-and-a-half hour telethon raised more than $1.7 million. Swift donated $500,000 to the relief efforts, and Gill and his wife Amy Grant pitched in $100,00. Artists such as Alison Krauss, Bo Bice, Darius Rucker and Julie Roberts took phone calls, and also performed live, with Gill accompanying them on acoustic guitar. The telethon concluded with everyone rallying to sing Gill’s “Go Rest High on That Mountain.”

“This city is really hurting now,” Chesney told CNN. “You watch on the news and you see all this stuff happen around the world, but, you know, this has really had an effect on this town and on this state and it’s a really tough thing for people to deal with, including me.”’

You can make a donation to the ﻿Nashville Red Cross here. 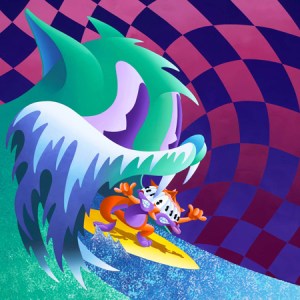