“All the things that I was too afraid to talk about─and I thought I’d let time wipe them away,” the singer-songwriter tells American Songwriter over a recent Zoom call. “But that’s just not how it works, especially for your mental health. So, I just sat everything down and decided to figure it all out.”

Months later, the index cards still cling to his walls. “I think the idea of fixing something immediately is just a delusion that most people have,” he adds. Quarantine certainly allowed for further excavation, as well. “It really throws you into confrontation with the things that you don’t want to talk about. And being alone for most human beings is not an easy feat, because people don’t know how to be alone. Even though it’s something you should be really good at doing. Humans aren’t meant to be by themselves.”

Across his 11-track debut, There Will Be Tears, out this Friday (June 11), VINCINT shimmies out onto the dance floor to cry, to exorcise his demons, and to finally fly free. “It’s an album about the last few years of my life. The last year, obviously, for everyone, was intense, and changing and altering in so many ways,” he reflects. “But for me, it was the end of a saga that I really needed to get out of. I finally found my way out.”

From the breathy intro and title track, a one-minute orchestral set-piece to prime the listener for the set’s crushing emotional journey, to the celestial closer “Take Me There,” the record notches every single hill and valley of “what I’ve personally gone through. It’s euphoric. It’s nostalgic. It’s angst─and a little bit of revenge. It’s supposed to be an awakening of your human self again. I feel like I lost that. Over the past few years, I needed to find it again. And I needed to talk about it in ways that I hadn’t spoken about before.”

With “Getaway,” a glittering collaboration with Tegan & Sara, which began with a tweet, VINCINT revisits one of those truly magical dates that you wish could drag on forever and ever. “This song is me having delusions of grandeur involving romanticism and just really stepping up the crazy factor in my head. I met a boy who was in town from Texas, and he asked me to hang out with him the day after I met him. We did,” he recalls. “A normal date is like dinner and or a walk in the park somewhere or going to the beach. I was like, ‘Let’s go to a furniture store because that seems like the right thing to do.’”

So, they galavanted off to a plush furniture store in Melrose, where “a couch is probably $6,000,” he laughs. “But it’s really pretty, and you’re allowed to walk around the whole store and you can test the furniture. They have living rooms and bedrooms and dining rooms, and they have everything set up. So it looks like you’re living in a home. There are four floors of this.

“As the date passed on, the sun was going down. It felt like I was living a life with this man. And I had not even known him for more than two days. But it was this beautiful thing of ‘I am kind of seeing I could be with you,’” he continues. “And this is what a life with you would kind of look like. In all the context of living in a home with someone, I was kind of blown away. It was also: I got to get away with you without going anywhere. It was like a perfect vacation, because then the date ended. And I was like, ‘Damn, that was really nice. I could do that every day.’”

Once the track was written and demoed, VINCINT was listening to it in the car with his best friends. “I said, ‘Tegan & Sara would sound so good on this! I’m going to tweet that.’ Whatever comes to my mind, I’m gonna tweet it and think it’s funny. I also knew them. Within minutes, Teagan is like, ‘Great, send it over.’ So, now I’m like, ‘Shit, this is just like the demo. I really talked this up, and here we are. Tegan and Sara laid down these beautiful freaking harmonies and vocals and sent it back over. I sat there flabbergasted.”

Elsewhere, VINCINT peels back the layers of the frayed edges of his heart, as he does so with raw elegance on “The Friend,” co-written with Johnny Shore and Betty Who. I still try my best to be happy for you / I know I should be  / It’s easier said than done, his tears stain the piano keys. ‘Cuz now I’m watching you across the room / You’re holding him, he’s loving you  / And he’s not the only one.

“Betty’s been one of my best friends since college. I wanted to write a song from the standpoint of someone who─if you watch My Best Friend’s Wedding or any of the ‘90s rom-coms where you’re like, ‘God dammit, the main character is still not the one that ends up happy.’ But they’re still somewhat happy because the person that they love is happy. And I was like, ‘That’s trash.’”

“But also, I’ve been there. I needed to write a song that spoke from that person’s perspective. And it wasn’t like one of those things where it’s, ‘I’m really sad, but I’ll be okay, because you’re happy.’ It’s like, ‘No, I’m really sad, because I’m fucking sad, and you don’t love me, and that sucks.’ I know so many friends, especially gay men, who go through that─who fall in love with men who love them and only see them as a friend. And they spend their entire lives waiting for that person to realize that they’re the one instead of being like, ‘Hey, I gotta get out of here, because this is a sinking ship and I’m the only one drowning.’

VINCINT unravels a very different emotional thread with “What If,” co-written with JORDY and Shore. If I had told you all the things I wanted / And you had told me all the things you need… he trails off, letting his mind run wild. The thoughts run through my mind  / Hits way too often / But it won’t ever bring you back to me.

A simple “what if” soon spirals out of control, leaving VINCINT even more exasperated than before. “I was trying to not write a song about an ex on this album, like a current ex. If I am going to write about them, let’s write about it from the context of what if we did all these things, and it ended differently, which is like what we always think after something ends or maybe if I had done this, or maybe if I had done that, that would have happened. But I wanted to touch back on things that we always say that we would do and never got the chance to.”

“Like, what if he told me everything that he wanted upfront? And what if I told him all the things I really needed out of a person and he knew, so that way, we never got into the arguments that we got into and we never fought about the things that we didn’t need to fight about. Because if we hadn’t, if at the very beginning, I told him exactly what I needed, and he told me what he wanted, I would have been able to give it to him. And it goes back to communication.”

VINCINT’s most pulverizing performance arrives with “All Over Again,” a dedication to his late father. I knew that I lost you when I hung up the phone, he sings, striking upon iron-hot grief. It’s an empty sensation when you know you’re alone.

“I never want to tell you what it’s about, because I want you to come to a conclusion, obviously. But my dad passed away three years ago, in October on the fifth. And I happened to be playing three different shows in three different cities while this was all happening. It happened very fast,” he remembers. “And I didn’t know how to get to him in time. The last time I saw my dad, he was in a coma. He could hear me, they said, but he couldn’t speak. I just remember holding his hand and being there with him─and having this sense of calm and wishing that I had been able to be there.”

When VINCINT touched down in Los Angeles, he got a call from his mom─and it wasn’t good news. “She’s like, ‘You have to come back. He’s gone.’ I remember getting on a flight, and I had a layover in Arizona for six hours. I’m sitting in this airport, and there’s just this whole world happening around me─just families and kids and their dads and couples and people arguing. And I’m just sitting there and it feels like I can’t hear anything with all these people screaming and talking and just living their lives.”

Grief, one of those tragic inevitabilities in life, can trap you, if you let it. But for VINCINT, he’s realized “that it’s not forever. It’s alright to be sad. And it’s okay to be mournful for a time in your life that you really want back. But the truth is, you’re never going to get it back. And you being sad about it for the rest of your life does you no justice and it does no justice to the people you’ve lost. I don’t think my dad would ever want me to sit and listen to ‘All Over Again’ every day, or have that moment every day. It would drive him insane. And so I think the greatest lesson I’ve learned in all this is that it’s okay at a certain point to let go of the sadness. It’s great for work, but it’s not great for life.”

There Will Be Tears is VINCINT’s reckoning with all of this sadness. Every scar is very much still a part of him, but it no longer defines his existence. It simply is. 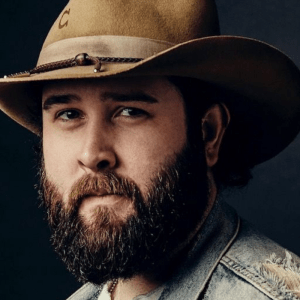 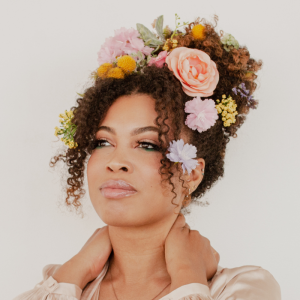