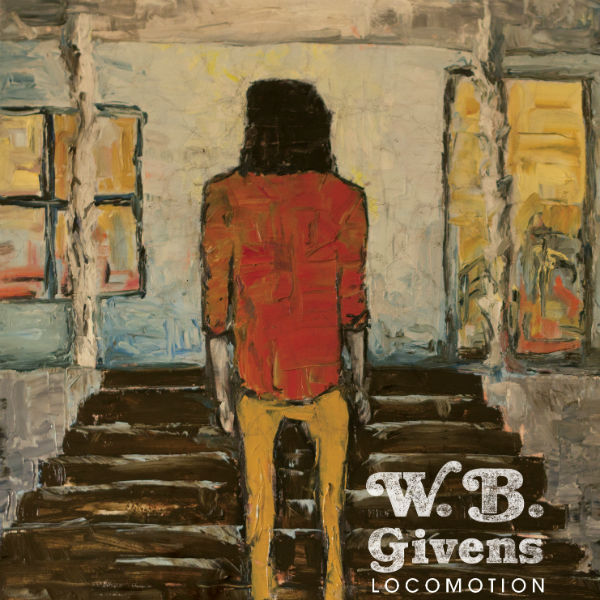 There sometimes seems scant difference between the commercial country purveyed by today’s radio-ready super stars and those upstart Americana artists who all too often linger below the radar. These days, those distinctions have become increasingly harder to distinguish, and indeed steel guitars and cowboy hats no longer define the divide, given that that there are common themes of love and yearning that resonate at every level.

Enter newcomer W.B. Givens. With his wide brimmed hat, bushy beard and a stern look that makes him look like one of Waylon Jennings’ long lost offspring, he offers the immediate impression that he could be embraced by either faction. His music bears that out, and although Locomotion is Givens’ first offering, it offers every indication it’s the product of hard time spent in a proverbial wilderness by a lost soul seeking his redemption. It’s the product of an artist that could be drawn in any direction, one who might be motivated by either faith or fortune. It also bears a rugged rough and tumble approach that could garner the adoration of enthusiastic devotees – those happy to flock to festivals and arenas, as well as those content to catch this promising wannabe exorcising his passion at a local dive or juke joint.

Like other sons of the south drawn to music strictly by circumstance, Givens was raised in rural environs. His area of origin happened to be the hill country of northern Mississippi, not far from the regions that gave birth to Delta blues and songs sung by many a sharecropper’s son. “I can’t sit still/ Maybe someday I will/ I’m out here alone/ I feel just like a rolling stone,” he sings on the prophetic “I Can’t Sit Still,” the final song of this superior debut set. It’s a statement that bodes well for his future trajectory and reflects a restless journey thus far. It began after he left home, stayed for a stint in Asheville, North Carolina, and from there went to settle in Nashville, the place where he resides today. That’s where he set about creating this series of heartland homilies, each bearing an autobiographical tale that reflects his southern sensibilities. A song like “Family Stone” creates an ideal setting, a charming little town where solace and solitude provide a kind of reassurance and a retreat.

Mostly though, Givens sings of redemption, a yearning to settle his restive spirit and find some sort of solace. “Oh My God,” “Back to Church” and “Come Sunday” may at first glance hint at fundamentalist conviction, but in fact they serve as metaphors for Givens’ dreams and desires. “Oh My God” finds him caught in the conflict that rages between reality and resolve: “In the middle of a war between you and me/ There stands the man I am and the man you want to me to be.” And yet, while songs such as “Death In Her Afternoon” may come across as moaning and mournful, others like “Low Fuel” and the aforementioned “Come Sunday” sound absolutely celebratory, suggesting optimism isn’t as elusive as he once believed.

Givens also reaffirms his rustic roots by eschewing outsized arrangements and employing the prerequisite blend of banjo, fiddle, mandolin, acoustic guitar and the obligatory steel guitar. Yet, he’s equally effective when relying simply on a strum and sway, as demonstrated in the solitary musings of “Me, Andrew Marvell,” “Gold To Dust” and “Can’t Sit Still.” Simply but assuredly, Givens offers up some purpose, purpose that can clearly be perceived.

To be sure, Givens isn’t the first tattered troubadour to bare his soul and express his troubles and travails; indeed, strains of Steve Earle, Guy Clark and Townes Van Zandt are evident throughout. Yet rather than simply mime his forebears for the sake of sentiment, Givens actually defines and describes his desires in such a way that they become clear on initial encounter, leading the listener to not only feel interested, but also to become engaged. And if that’s not a sign that Givens’ success is assured, then really, what is?

The fact that Locomotion is Givens’ initial effort also gives reason to pause and consider … if he’s this damn adept straight out of the box, what will he be capable of once he’s had some seasoning? Obviously, the answer to that question won’t be known for quite some time, giving Givens full opportunity to vet his muse. Based on the evidence presented herein, any revelation will be well worth awaiting. 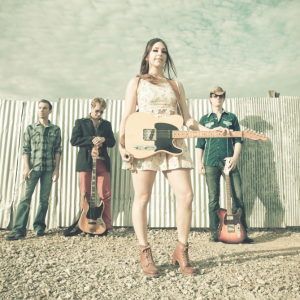 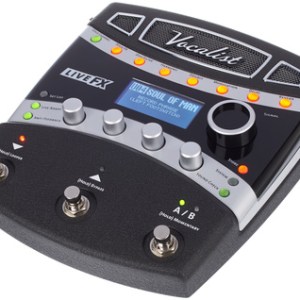