“Basically, my career as a musician has been completely idle since the beginning of last year—no gigs, no tours, no festivals, nothing like that,” Tom Purcell tells American Songwriter. “So, I’ve used that time without performing to hone in on making new music… and releasing it.”

For Purcell—who’s performed under the name Wave Racer since 2013—the extra time to focus on his craft proved to be paramount. Rising to prominence as a future bass producer akin to Cashmere Cat or Flume, the 28-year-old Australian artist is gearing up to step into the spotlight again for the first time since the pandemic. He kicked things off by unveiling his first single of the year, “Left Behind.” Now, on July 28, he’s announced that he’ll be releasing his debut LP, To Stop From Falling Off The Earth, on October 29. On July 28, he put out his fourth single of 2021: the bubbling indie-pop bop, “Look Up To Yourself.”

“I think it’s one of the brightest and catchiest pop songs I’ve ever made—it’s one of my favorites,” Purcell says of the single… which is actually a pretty significant thing. See, the entire message from this new phase of his career is centered around the idea of finding confidence in your own identity. Open about his struggles with mental health, “Look Up To Yourself” is emblematic of that search for meaning he’s undertaken in the past year.

“The pandemic gave me the opportunity to become a little more introspective, to look inside a little bit more,” Purcell explains. “It’s amazing how much you want to look inside yourself when all your external stimuli have gone… and I think introspection is actually sort of an undervalued thing. Really, the themes on this record are about finding or reconnecting with an identity that you might’ve lost as a result of life experiences. That’s all a big part of what’s happening in the lyrics.”

Yet, while “Look Up To Yourself” might’ve been molded to perfection during the pandemic, it was actually born well before it. What really sparked this new leaf for Purcell—which features, for the first time, his own singing voice—was actually a change-up in his production style back when he was working on some demos in 2019.

“It started when I really decided to dig deep into using real instruments again, just from a writing or producing standpoint,” he says. “I got myself a bass guitar—I’ve been playing guitar since I was 12 years old. I’m a guitarist by nature, it’s what I did before I produced any kind of electronic stuff. Pretty much from the moment I started playing, I was in rock bands being a ‘rock star.’ So at a certain point, I started to rekindle that musical relationship and started using those instruments in my recordings again.”

That was the setting “Look Up To Yourself” sprung out of—between the glistening layers of synths and the driving electro-beat, brilliant moments of guitar-led, raw-musicianship cut right through, creating a cool blend of sounds and colors. But even within that creative process, Purcell made a few key discoveries that resulted in some pretty significant artistic evolution.

“I think I just became a bit disenchanted with software synths and digital, synthesizer music production—I wanted to really get back to, like, playing a chord on a guitar and playing riffs,” he continues. “I bought that bass guitar and got obsessed with playing fun bass lines and stuff. That was a fun experience—I’ve never owned a bass before!”

As simple of a switch it may seem—swapping a digital keyboard for a bass guitar—the change was the beginning of a whole new approach for Purcell. “A lot of how I come up with fresh, new musical ideas is by interfacing myself with new pieces of equipment,” he explains. “If I discover a new piece of gear—like a new instrument or keyboard or plug-in or something like that—it’ll make my brain go crazy, like ‘What can I do with this new tool?’ That’s usually where my sonic ideas come from.”

So, once that bass was in his hands, the magic started happening. “I was going crazy with funk stuff,” he said. “Like, catchy, walking bass lines and syncopated rhythms and all of that. I laid something down and from there I was like, ‘Okay, let’s double down on this real instrument thing,’ so I put a real drum kit behind it. Then I tracked some real guitars and put my own vocal on it.”

The end result was “Look Up To Myself”—and with the blazing rips of its guitar riffs, the groove of its syncopated shuffle, and the unmistakably earnest expression carried by Purcell’s vocals, its mix of acoustic and electronic elements really does hit that Goldilocks “just right” zone.

“Basically, it’s the first time I’ve ever written a song without really basing any of it on electronic or synthesized elements,” he said. “I really just got back down to what it is that made me fall in love with music in the first place, which is the guitar—the real-time interface between myself and an instrument. And the natural progression of how it came about inspired me to write the lyrics too. I was like ‘Okay, sometimes you need to look deep within yourself to find out what it is that you’re really trying to do.’ Don’t lie to yourself, just say ‘Yeah, maybe I do want to, like, go back to trying to be a rock star’ or whatever it might be. That became the inspiration of the song.”

Almost two years removed from the beginning of the process (back before COVID-19 was even in the lexicon), now that “Look Up To Myself” is finally coming out, Purcell feels elated. With more singles and the record itself to come, he’s looking forward to embracing this new era with open arms.

“It feels great,” he said. “It feels honest like it’s the most genuine time that I’ve ever expressed anything. I feel uninhibited like I’m telling the truth, which I think is the most important thing for any kind of art. With that, I feel more positive and confident about what I’m doing than with anything else I’ve ever done. I think that says something about the maturity that comes with becoming a more proficient producer or songwriter. Part of that maturity is developing the ability to know what to prioritize—for example, prioritizing emotion and meaning over aesthetics of style. I think this record I’m about to put out is emblematic of that discovery. With it, I was thinking about ‘What am I saying? Why am I saying it? Am I being genuine? Am I being honest?’ Those kinds of questions, which I think are important. So yeah, this record feels like the most honest thing I’ve done, in a way. That’s exciting for me.”

Wave Racer’s new record To Stop From Falling Off The Earth is out October 29—watch the music video for the new single “Look Up To Yourself” below: 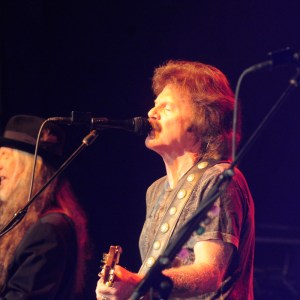 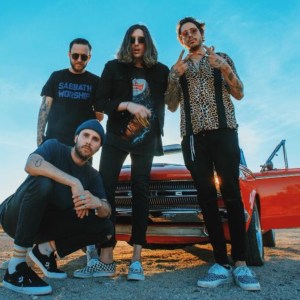