Just two days into their tour in 2020, when the pandemic shut everything down, Katastro had to move on from their 2019 release Tropical Heartbreak, and by April shifted gears, writing their sixth album Sucker (Controlled Substance Sound Labs).

Renting a house in Northern Phoenix, the band—vocalist Andy Chaves, guitarist Tanner Riccio, bassist Ryan Weddle, and drummer Andrew Stravers— started meeting out there daily to write. Still working on the album into 2021, the band returned to the studio in Arizona and recorded an additional EP Not for Sale II, released prior to Sucker.

Shifting from the darker tones of previous albums, Sucker dips into the ups and downs of real life, covering the recurring patterns of love, disgust, and breakups from the smoother flow of “Droptop,” featuring backing vocals from Micah Brown of Iration, and the breezy pop of “The Way I Feel” and “One Day,” both easing into the realities of breakups, and the straight-forward pastimes of “Way Too High” and “100 Rips.”

“In the last couple albums, we got pretty dark,” says Weddle. “There was a lot going on with drugs and relationships, and it just kind of got bad for a while, and all of our music was reflected in that.”

Once the pandemic hit, the band didn’t want to continue down the darker “woe is me route” on Sucker, says Weddle.

“We wanted to kind of bring something a little more positive and still talk about some of the darker stuff,” he says, “but make it more fun and just give people something positive to look forward to.”

He adds, “It did feel more free, because we were able to try more, and we were also able to create a ton more songs. Whereas before, every song would just make the album, so it was really nice to be able to cut out some of that fat on there.”

Recording together without deadlines or schedules around a tour and rehearsals, the band was able to get back to how they worked when they started out, hanging out, drinking, and playing music.

“It started to feel like that because there was no stress to rehearse for a new show,” says Weddle. “Our only goal was to write better music, to write music that we could all get behind.” 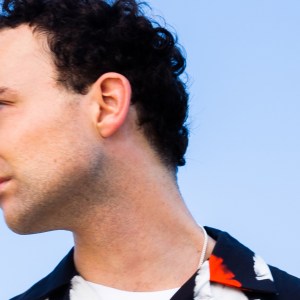