In an era when information and options seemingly bombard the world’s population at a never-ending assault, Nashville-based songwriter, Molly Parden, aims to be understated. Her work is subtle. It hovers. While so many of her contemporary peers present explosions and songwriting pyrotechnics, Parden prefers a float down the river with a few pals. The artist, who grew up in a suburb outside Atlanta before moving to the metropolis and, later, landed in the Music City, is set to release her latest solo record, Rosemary, on November 13th. For Parden, who is so experienced at working in other people’s projects (more on this later), the forthcoming EP is a rare offering of her solo work in collection. And today we are happy to premiere the video for the EP’s new single, “Who Are We Kiddin’.”

“When I write, I always try to allow for tons of sonic space,” Parden says. “A part is only cool if you hear it once or twice. We’re working with supply and demand here! The less-is-more mentality is always one I try to adhere to. I like little surprises that don’t take away from anything else.”

While each song is a way to express her creative sensibilities in a given moment, Parden also thinks of them as individual exercises. She is patient when composing her work, careful to get each piece right, and in so doing, she strengthens her writing muscles and her artful mind. At one point, she thought one of her songs was so strong that she was afraid to release it because she wasn’t sure if she could ever top it. Now, though, worries like those are further and further from her experienced, accomplished brain. She knows there is more in her spirit to draw from.

“My palate ages well,” Parden says. “I get better. I can feel my work getting better, which is so nice.”

Parden, who was introduced to music at a young age, was given an important gift early on. Her great uncle made violins as his hobby. He also played the fiddle, Parden says. On one occasion, he gave Parden and her eight other siblings two hand-made violins. Parden took one of them and it soon became hers. The instrument became a portal for and something to differentiate her from her many siblings. The instrument led to her studying violin formally, joining the orchestra in high school and, later, to linking with other bands and musicians to tour the world. Along with her solo work, Parden has performed with well-known artists like Faye Webster, Sam Outlaw and David Ramirez. The collaborations first started in Atlanta and then continued in Nashville when Parden moved there in 2013 on something of a whim.

“I enjoyed passing through Nashville the few times I did over the course of my three years living in Atlanta,” Parden says. “I honestly had no idea how rich Nashville was in music and music history.”

To no one’s surprise, the city and Parden have clicked and to such a degree that the famous place can feel too small for her. Nevertheless, music makes it work. Parden says she loves collaboration and, in particular, singing harmonies. Blending voices, perhaps above all else, inspires her. And you can hear it in her music, which, in some ways, sounds like one big multi-part siren song.

“I’m the kind of person who wants to be loved by everyone,” she says. “I can have these intermittent but really deep connections with people. I’m able to go into the ‘tall grass,’ as my friend James says. And singing harmony on other people’s projects has been such a fun way for me to network and be inspired.”

With Webster, Outlaw or Ramirez, Parden wore many hats depending on what was required, lending vocal backup, bass playing or guitar. But with her own project, she used all that she had learned along the way to bolster the new EP. Parden has released solo work in the past before, including her first full-length in 2011 and a four-song EP in 2016, but in many ways, Rosemary represents a monumental move forward for Parden. She recorded the songs at the end of 2017 and she’s been working and reworking them until very recently.

“These songs are ready now,” she says.

Parden particularly adores the video for her new single. It was shot on the water on a hot day and it was done with friends (including director, Casey Pierce). No Hollywood sound stages, no menacing, looming production manager. Like her music, the video is dreamy, hazy. It drifts as if existing halfway in one world and halfway in another. That’s just how Parden likes it, ultimately. That’s what her relationship with music offers, note after slinky note.

“I like how music is outside of time,” Parden says. “It transports you back to a moment and I think that’s amazing.” 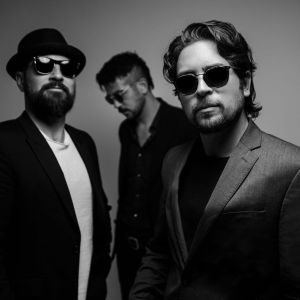 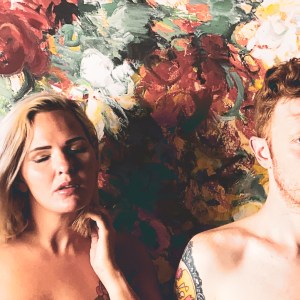