A reflection on Sinatra’s anthem, and how it became one of mine.

I love to be wrong about music. It’s been a frequent occurrence, but never more so than with Paul Anka’s “My Way”, written for and made famous by the Chairman himself, Frank Sinatra.

The first time I had any reference point for “My Way”, I was twelve years old, and it was in—of all places—a sermon illustration.

“Regrets / I’ve had a few / But then again / Too few to mention,” my then-pastor said. “We live in a world that glamorizes a life without regret. Psh!” He nearly spat in disbelief. “Are you kidding me? I regret so many things in my life! And that’s how it should be.”

I’d never heard the song, but walked out of the service understanding the usual emphasis—never get too happy from the wind of your own sails.

I asked my dad, my go-to for all musical questions.

“Oh yeah, it’s—well, kind of this big, schmaltzy, ‘all-about-me’ kind of song,” my dad said, going into a few stories passed around among musicians on how Frank Sinatra hadn’t been the gentlest soul to ever grace any recording studio, and as such maybe wasn’t the best person to be singing about how he did it his way.

This made sense to me. No one likes a blowhard singing about their honorable struggle—and I always appreciated my dad’s war stories on who was great and terrible to work with. But I also knew by this point that, though I’d grown up with jazz virtuoso Keith Jarrett piping through the house stereo, and though my father fully supported my unexpected fourth grade detour into big band swing—vocal jazz was often where our musical tastes diverged in a wood, and I took the path more…sequined? Or, in other words, I knew that I might be able to tolerate and delight in a little more schmaltz than my old man.

Still, even with this grain of salt, I never investigated this song with a thorough listen until about a decade later, when Frank’s famous version was used in a pivotal scene in “Mad Men,” in which Don and Peggy share a tender dance. I’m a sucker for falling in love with a well-placed soundtrack song, and this was no exception. How had I waited this long to hear this gorgeous orchestral arrangement? So tender and swelling with heart, and feeling. Sure, you could read it as bombastic, I suppose—but that was never my impression.

But then—this may have been because I was associating it with the character of Peggy Olson. When I think about a woman fighting her way up to the level of copywriter and beyond in the 1960s, lyrics like, “The record shows / I took the blows / and did it my way,” take on a whole new level of poignancy.

“Or even Don Draper’s character,” a friend of mine pointed out later. “He came from extreme poverty and trauma and constructed a whole new identity, at great personal risk.”

Fair enough. “Mad Men” gave me a new reframe, and I decided this song was actually quite powerful—as long as you associated it with a subject more deserving of a regret-free life in my eyes.

Then in 2017, of course, “My Way” became a national conversation piece again when the President Who Must Not Be Named decided to make the classic ballad his theme song at the 2017 inaugural ball. Again, my father’s original point rang a little truer—it didn’t take much for bullies to hear this song and appropriate it as their anthem.

But in the same year, later that summer, my sixteen-year-old cousin Jess became obsessed with Frank Sinatra’s entire catalogue and other related crooners. Recognizing a fellow old soul from a mile away, we spent a decent percentage of our family vacation in the central coast playing Johnny Mathis and Frank Sinatra records on the deck, dancing and watching the ocean.

But her favorite song that summer was far and away, you guessed it—“My Way”. If it wasn’t playing from her iPhone in the background somewhere, she was singing—or more likely, belting—the most climactic phrases of the song herself: “AND NOT THE WOOOORDS OF ONE WHO KNEEEEEELS.”

I found myself always somewhere between laughing at her unabashed hambone bravado and the stirring emotion the song always brought up in me anyway, now set against the backdrop of the beautiful pines by the sea.

After that summer, I started becoming a regular at the Dresden Lounge in Los Feliz, bumming around Marty and Elayne Roberts’ famous Tuesday night open mic and trying to work my way into a coveted Wednesday night show of my own. It’s there I began hearing “My Way” a lot more regularly—either from Marty’s signature punchy speak-singing, or from the woefully ill-advised attempts from drunk open-mikers. On one of these occasions, I mentioned to one of my new friends in singers’ row (the local name for the Dresden singing regulars) my theory about “My Way”.

“I think this song only works when it’s sung by, or associated with someone who’s faced more oppression,” I declared over an old fashioned. “Than, you know—one of the most famous recording artists of all time.”

“Well, actually—Sinatra faced kind of a lot as well,” my friend Matt Forbes countered (I didn’t know yet that being a regular at the Dresden meant you’re likely always in conversation with someone who knows more about Ol’ Blue Eyes than you do—maybe even someone who’s played with him.)

He went on to explain some of Sinatra’s upbringing as an only child of Italian immigrants in New Jersey, very much paying his dues working his ass off in the working class. Fame may have come later, and he may not always have wielded it graciously, but the song’s weight of reflecting on your own inner resilience still rang true for his life.

I started finally reading up more on the history and context of this song— how the melody was an entirely different French song called “Comme d’habitude” by Claude François and Jacques Revaux, and how Paul Anka had written the English words for Sinatra, and hoped he would sing it. Something about this elaborate process gave the song added mystery and heft. I was starting to feel like this song was just good, even if it felt melodramatic and self-important to some people. Maybe that didn’t matter.

In summer of 2019, I’d had a few featured shows of my own, and my cousin Jess finally got to come hear me sing. Though she was 18 and technically should never have been in the lounge, being under 21, I was so overjoyed that she finally got to hear me sing so many songs she loved.

Looking back now, I’m even more grateful. Just a few months later, Jess was abruptly and tragically taken from us, leaving our family reeling, never again the same.

The week after she died, I couldn’t stop hearing her belting “My Way” in my head. When the funeral arrangements were being discussed, including music, the man performing said, “Well, I’ll tell you one thing. I’m not playing ‘My Way’.”

People laughed, but inside I felt an angry twinge. But why not? I thought. Why can’t you feel how actually powerful this song can be? Just because something’s schmaltzy doesn’t mean it’s not meaningful.

I had my first-ever solo show with Marty & Elayne the Wednesday after her death. I barely knew how I was going to perform at all, but I steeled myself into it. “It’s what she would want,” I told myself. “And I’ll sing ‘My Way’ for her.”

I managed to do the show, though I was a zombie through most of it. But I couldn’t do “My Way”—every time I tried to sing through it, my throat caught, and I started to cry.

In fact, to this day, I can scarcely listen to “My Way” without welling up, let alone sing through it myself. I’ve decided to let this be the case. For a song that I first knew from scoffing at its dramatic weight, at its self importance, I like that it now carries strength for me—that it holds the weight of grief and joy and triumph at once.

Regrets? I’ve had a few. But then again, too few to mention. That’s how Jess would have wanted it. That’s the way it should be. 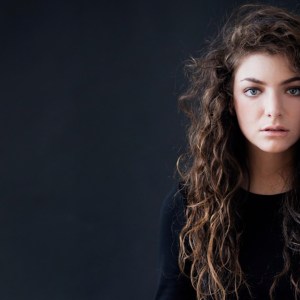 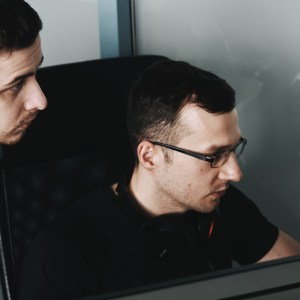