In late January, William Tyler released “Goes West,” an album loosely inspired by his move from Nashville to Los Angeles. Below, the guitarist shares what inspired him to title the album after what is certainly a loaded phrase in American history.

The origin of the words “Go West, young man” is unknown. They may belong to newspaper editor Horace Greely, but that’s only speculation. Like the burial place of Robert Johnson or the ride of Paul Revere, the saying has found a home in American mythology. Yet it represents a very specific attitude of the time when it appeared: the mid-19th century and the peak of America’s imperialist aspiration, Manifest Destiny.

I moved to California two years ago, and while I can’t say that my new album is explicitly Western in motive or theme, I wanted to honor my move somehow in the album’s title. My friend MC Taylor of Hiss Golden Messenger came up with the idea of calling the record Goes West, which is a pretty bold and direct statement. I am usually in favor of those (I mean, I am the guy who called his last record Modern Country), but it took me a while of sitting with the phrase before I became comfortable with it. I didn’t want anything coloring the sentiment of the record with the dark and weighted history of “Go West, young man.” I wanted to try to find a new purpose and a different kind of hope in such an evocative and grand saying.

The first major financial crisis in American history was the Panic of 1819. It should be a familiar pattern as of now — unregulated investment, foreclosures, bank runs, bankruptcies. At the time a lot of folks in the South and Midwest simply gave up on their debts and headed west, this time to Texas. Texas was still part of Mexico at the time, and the Mexican government had decided to open up the territory to American settlement, in part because it was having a hard time convincing its own citizens to cultivate the land. The sign “Gone to Texas” started appearing outside of houses as people just picked up and left, imagining a new beginning. As the primarily white Southern settlers began flooding Texas, they also attempted to bring with them the institution of slavery, which the Mexican government had outlawed in 1829.

Alarmed by this influx of unwanted immigration, the Mexican government attempted to close the border and shut down this wave of settlers bent on annexing Texas and making it a new slave state. So a bunch of miscreant wanderers and self-mythologizers, including one Davy Crockett from my home state of Tennessee, holed themselves up in a mission in San Antonio called the Alamo and passed into history. Another Tennessean expat, Sam Houston, would go on to defeat the Mexican army and temporarily establish an independent Texas republic. That is until about 10 years later, when yet another Tennessean in the White House, James Polk, decided to inaugurate a war of imperial conquest against Mexico based on a false-flag attack and a coordinated pro-war press campaign in order to steal much of what is now the American Southwest.

And so it goes. American history was always about the idea that no one should stand in the way of white westward expansion: not the native inhabitants of the land who fought bravely against invasion, not Mexico, not any European power. “Go West” thus represented a conquering ideal of a new and arrogant nation looking to unite the Pacific and Atlantic coasts. And a bloody trail across centuries was its legacy.

I’ve always fancied myself a type of amateur student of history but a fairly disillusioned one at that. The dark, cynical landscape of Robert Altman’s McCabe And Mrs. Miller was, to me, a truer version of the American West than the comic book creation mythology espoused by John Wayne in The Alamo. And where are we now? The land is beautiful, haunted and almost overwhelmed by its own vastness. The genocidal expansion and theft continue: just ask those at Standing Rock. And yet the migration, the hope of “going West” and what that entails perhaps becomes something new.

As a Southerner, I had to deal with my own version of reckoning, having moved away from my home after the 2016 election and chasing California pipe dreams. For a lot of us who end up here, the myth of the West is the hope of a more progressive ideal. I said to someone recently that we were just “chasing the sunset.” And once you hit the Pacific coast, you can’t get any further west, at least not without a boat or a plane. The West I choose to honor and mythologize is the one we still have in our imagination and our striving to do better as a nation. It’s in progressive politics but it’s also in the humbling and unforgiving nature of the West. It’s the national parks; it’s the people who farm and feed the country; it’s the sense out here that there is always a way to do things better. It’s hard to be optimistic as an American right now but maybe we can find hope in each other, not hope in our creation myths. 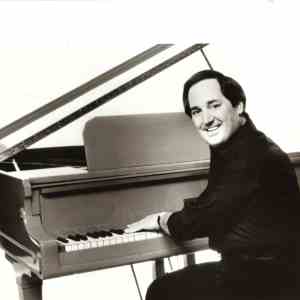 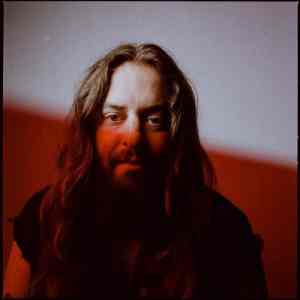