Gigi Rowe doesn’t subscribe to the limitations of convention. She determinedly flies right past the status quo while chasing her imagination. Through this journey, Gigi has built a world of glitter-infused creativity and pop as a singer/songwriter. Her story specifically gained global recognition when she landed permanent residence in the Just Dance video game with the single “Got That.”

Now, Gigi Rowe is expanding her music universe to include the literary realm. Her first children’s book, Gigi Rowe Wishes, debuts today accompanied by the single, “Wishes.” Both pieces are a culmination of what Gigi Rowe has been striving to release — create a persona that could inspire anyone and everyone.

“It feels like I’ve been working away behind the scenes for a while, and I’m getting this great opportunity to pull together all of my love and inspirations and interests,” Gigi told American Songwriter. “I’d written my children’s book [Gigi Rowe Wishes] and the song was inspired by the book. So if I’m putting out a book, but I come from music, well, there should be a song with that.”

The song “Wishes” was produced by Grammy-nominated ill Factor (who has also worked with Sia, KYGO and Gwen Stefani) who is also a trusted long-time collaborator. “He is an incredible collaborator and we had a lot of fun,” Gigi said. “I wanted to dive into making something that I was inspired by, and that I knew the fans would love. This was also an opportunity — because it’s a children’s book — to lean into that more and create something that I felt people of all ages could appreciate. Especially young people could really have a lot of fun with and relate to.”

“Wishes” embodies the book’s magnetic pull and continues to open the door to imagination. The single bounces along with Gigi’s energetic vocals and are polished by the accompanying instrumentals. In one moment she even speaks the line, Ok, I get it. All my wishes can come true! I love it!

“Wishes” is an uplifting theme song for the child and the child at heart.

“I love the line where I talk about my imagination,” Gigi said. “It’s a movie in my head that I want to play again. I love that idea of sitting in front of this giant TV, and it’s just streaming all the greatest things that you could imagine for yourself and your life. [The] song is to believe in the power of your imagination. So I think that’s why I particularly love [‘Wishes’]. To remind myself and to remind others to keep that movie streaming in your head; it’s your imagination that sparks the ideas. If you lean into those, things can come true.”

It’s this concoction of uncomplicated, yet powerful, sentiments that makes Gigi Rowe an unstoppable force. You can’t listen to her lyrics or read her verse without smiling; she’s too joyful.

“But I think that’s a hallmark of me as a writer in general, whether it’s songs or books, or whatever. There is a simplicity about it. But it’s about capturing the essence, the underlying emotion of something, and that’s where it becomes universal,” Gigi stated.

And while Gigi’s process may seem effortless, she clarified for American Songwriter that she has been working towards this for the majority of her life. “I have been in music forever. [Even when] I was in my crib I would get up in the middle of the night and sing at the top of my lungs,” Gigi stated. “I was always drawn to singing and performing. [Picked up] guitar when I was 12, and that started me on my journey as a songwriter.”

After 12 years old, Gigi Rowe (whose legal name is Laura Warshauer) was signed by LA Reid to Island Def Jam. Later Gigi would perform for legends like Jay-Z.

“I love larger-than-life entertainers and entertainers. Not only entertainers that are charismatic, but have the courage to step outside the box and not be afraid to be completely different,” she said. “And there are those iconic performers that I’ve always looked up to that do exactly that. I think that Gigi Rowe was something I had the inspiration to create this world [of art with]. Then I was like, I want a universe.”

Her universe includes children’s books, singles, and everything else you can imagine. She talked about one day opening a mermaid-themed milkshake stand outside of a Gigi Rowe theme park ride. There is quite literally no limit to what Gigi will achieve once she brings her dreams to life.

“I think it just gets back to those sparks of inspiration and following those,” Gigi said. “And being able to take the twists and turns. It feels like you’re chasing Tinker Bell or something. This like fluttering light… Just chase it down and continue to chase it down.” 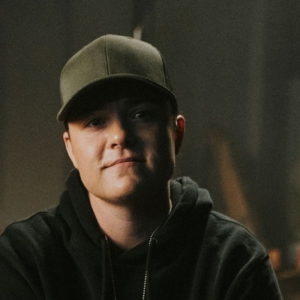 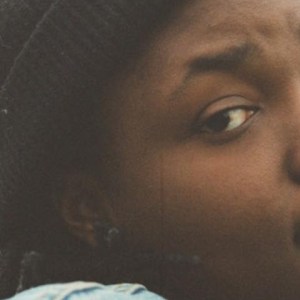