Getting back to your roots can be transformative. When bassist Dante DeCaro amicably departed Wolf Parade in early 2019, the band reversed back to its original form. Singer-keyboardist Spencer Krug, vocalist and guitarist Dan Boeckner, and drummer Arlen Thompson returned to square one like it was 2003 all over again. It took some getting used to but everything fell naturally into place as the trio figured out bass replacements, guitars, and the elements needed to pull together their fifth album Thin Mind (Sub Pop). Sonically induced in streaming synth and anthemic hooks, Thin Mind is a look at the binary state of living halfway in a social- and tech-driven world and outside of it—at one point told from the perspective of ancient vampires. Thin Mind is also a reflection of the Canadian rockers’ new state of camaraderie, “unspoken” codes, and an invisible “entity” they call Wolf Parade.

Returning to Cry Cry Cry producer John Goodmanson (Death Cab for Cutie, Sleater-Kinney, Bikini Kill), and recording at a Vancouver Island studio, Thin Mind showcases Wolf Parade as a power trio of keyboard, guitar, and drums, still retaining its fully swelled rock balladry. “When Spencer and Arlen and I first got together, the first time we were in a room together, we just had this unspoken language where everybody sort of fell into their roles,” Boeckner tells American Songwriter. “We knew how to write together without really overthinking.”

When the band initially went on hiatus following third album, 2010’s Expo 86, they didn’t know if they were taking a break or breaking up but needed to get away from the group dynamic for some time and work on separate projects. Boeckner relocated to Los Angeles, where he still resides, and continued on with Handsome Furs, then alongside Spoon frontman Britt Daniel in Divine Fits, while Krug lived in Helsinki working on his Moonface project.

“I think we instinctively knew that if we had made a fourth album, it was going to be bad, because our hearts wouldn’t really be in it,” says Krug, who eventually moved back to Vancouver Island, and reconnected with Thompson and DeCaro, who still lived there, and Boeckner, and released 2017’s Cry, their first album in seven years.

United again for Thin Mind, there was some kind of unwritten code in the process. Everyone knew their place, and the band had a tighter dynamic. “We never fight anymore,” laughs Krug. “We’re older, and we know how the band works and how to get the best sound out without really having to talk about it much. It’s more like picking up the instruments, playing, and writing.”

Dynamically, Thin Mind shifts from heavier guitar, which happened naturally with the departure of DeCaro, and more digital is at play incorporating key bass and different drum machine sounds. Krug was also tasked with relearning songs to cover Dante’s bass lines with the keyboard. “We usually try to not be too strict about representing the songs exactly as they sound on record, anyway,” says Krug. “It’s more challenging to try to fill up that much space with just three people.”

Thin Mind digitally flows out from Boeckner’s gravelly vocals setting the scene on opener “Under Glass” to the Krug-led empathetic “Julia Take Your Man Home”—a touch reminiscent of Expo’s “What Did My Lover Say”—through synth-loaded “Against the Day” which sets the electro-futuristic tone of Thin Mind. “Against” is Boeckner’s tale of 1,000-year-old vampires returning to earth in a post-apocalyptic world. Driven along by electronic drums, it’s also one of the few songs where Boeckner and Krug, who usually sing solo, duet.

Singing together is not something the duo typically do since the writer of the song will take it on because they know its meaning. “We always say we want to do more of that (sing together), because we like that variety in the song and enjoy playing it live,” says Krug. “But we always end up not doing as much of that as we think, because it’s an extra step in the writing process. It was really easy for me to write lyrics for my little parts [on “Against”], because he (Boeckner) would sing from the point of view of one vampire and I was just like, ‘okay I’ll be the other vampire.’”

Another Boeckner-led track, “The Static Age” is a rock rallying cry originally pulled from a recent recording session from his other band, Operators, and fleshed out with Krug and Thompson along chorus I don’t want to live in a static age / Staying in place where nothing changes / We can begin again.

The message throughout Thin Mind is not about deleting social media and destroying all phones and technology. Instead, it’s more of a personal service announcement, an interrogating feeling of half living in a minimal online space and returning to the real word.

“No one is saying, smash your phone, and delete all your accounts,” says Boeckner. “It’s about figuring out a way to live in this sort of binary state where you’re half in the digital world and half out. You’re half online and you’re having to meet in this space. How do you maintain happiness? How do you keep your mind strong?”

Boeckner reveals he likes Twitter, and Krug, who just started an Instagram page about a month ago, enjoys communicating with fans, yet struggles with how much time he spends on social media, because it can be anxiety-inducing and is, he believes, essentially an online popularity contest. “It’s an ironic juxtaposition,” says Krug of the Thin Mind’s more digitized sound and overall theme. “I see it from the perspective that it makes sense to have those elements in there, because our interpretation of the technical world on the record is not saying that we shouldn’t be doing these things. It’s commenting on how these things are affecting the world. The robots are slowly working their way into our daily lives whether we like it or not.”

Overall, whether the band has a large social following, posts three times a day or every other day doesn’t necessarily translate into ticket or record sales. They may not have tens of thousands of social “followers” but can still sell out venues five or six times the size of bands that have 10 times the volume. “You’re expected to maintain a certain kind of [social] presence, which takes time and mental energy,” says Boeckner. “It’s like a form of labor that you don’t necessarily get paid for—and you don’t necessarily see returns. I think everyone got served the lie that these platforms (and the metrics) translate into dollars, or people who are committed to your band.”

Social media aside, when Wolf Parade unite, something magnetic happens. Boeckner and Krug come in with a couple riffs and progressions, the drums fill in, and then vocal melodies come in some fluid symbiosis. They often joke that there’s some invisible entity hovering around. “There’s an extra member in the band that is like the band itself,” says Krug. “The band has none of the sounds of our different solo projects, but when we all get together, there’s just Wolf Parade. We can’t really put our finger on and just let it happen. It’s our secret extra member.”

As tracks piece together, everything is discussed as a band, but lyrics are sacred ground and only questioned if completely eyebrow raising.“We’re kinda like a Marxist collective,” says Boeckner. Typically, whoever wrote the lyrics has final say over what they’re singing. The band never confers with one another about what they are writing or singing. “Musically, everything is on the table and up for grabs and open to criticism and open to being chopped completely like every idea,” says Krug. “But there’s something about lyrics that are a little more personal.”

As a unit, the band is also working on creating a sustainable system where they can tour thoroughly but not exhaustingly with a schedule that allows them to work on other projects without a deep absence that upsets fans. “Wolf Parade is like a very heavy train that takes a lot of energy to start up, every time we go out on the road,” says Boeckner. “The other things we do are relatively light on their feet, so everything else kind of falls around the orbit of that.”

On the sidelines, the band has multiple projects, including Krug’s more stripped down, analog-driven solo work, Boeckner’s Operators, which just released their third full-length album, Radiant Dawn, in 2019, and Thompson’s psych-synth band Anunnaki. “We’re all pretty creative people,” says Boeckner. “So for people like us, this new economic paradigm of being a self-employed, non-commercial artist is fine, because we can.”

He adds, “We’d be doing this anyway, we’d be writing songs whether, or not out financial well-being was dependent on it or not. If we weren’t touring, and if we all lived in the same city, and Wolf Parade wasn’t well known, we’d still be writing music together.” 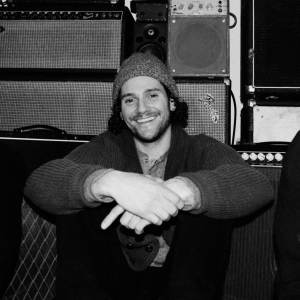 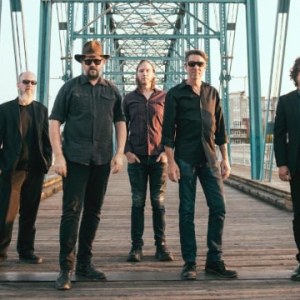