The current political climate may be dividing the country but it has focused, even galvanized, Southern rock veterans Drive-By Truckers. On both 2016’s American Band and especially this follow-up, the quintet takes pointed stabs at an administration they feel is to blame for weakening and corrupting government, society and America in general.

While the group’s previous release was recorded in the early days of the administration, The Unraveling, their 12th studio effort, reflects events of the past three years that have driven the country further apart. The Drive-By Truckers are not shying away from calling out the issues and policies, let alone who they feel is responsible. This comes as little surprise to those who have been listening to the Truckers’ music for the past quarter century. Primary songwriters/vocalists/guitarists Patterson Hood and Mike Cooley have always been adamant addressing issues they feel fervent about head on. But with song titles such as “Babies in Cages,” Armageddon’s Back in Town,” and the searing “Thoughts and Prayers,” the fury and passion about the current socio-political environment is ramped up to code red levels.

Thankfully, they don’t forsake resilient melodies and sturdy playing to get their points across. The opening ballad “Rosemary with a Bible and a Gun” eases the listener into an album that shifts moods to a tornado of two and sometimes three guitars rocking out in established DBT’s fashion. Don’t let the nonchalant mid-tempo country amble and jaunty piano of “Thoughts and Prayers” distract you from the frustration of Hood’s lyrics “There’s white noise in my head/I think I need a filter/A pressure valve to keep from blowing up.” The knotted yet restrained swamp rocking of “Heroin Again” wraps cautionary lyrics (“I thought you knew better than that” Hood repeats throughout the song) around a swirling, taut melody bolstered by thick washes of organ and Tom Petty-styled dueling guitars that explode with an electrifying closing slide solo.

Everything comes to a head on the closing, near nine minutes of “Awaiting Resurrection” that starts with a stark, heartbeat drumbeat as Hood whispers “There’s an evil in this world” as two guitars twist and entwine with each other. Gradually the musical tension builds; the guitars moan and howl with increasing intensity as Hood laments “In the end we’re just standing/watching greatness fade.”
Co-producers Matt Ross-Spang and longtime DBT’s associate David Barbe keep the sound raw, the vocals up front and the vibe consistently menacing, even in the set’s quieter moments. The Unraveling is a perfect storm of anger, resentment, frustration and even glimmers of hope, wrapped in the sharp, terse musical invention we have come to expect from these veterans. In other words, it’s another classic Drive-By Truckers release. 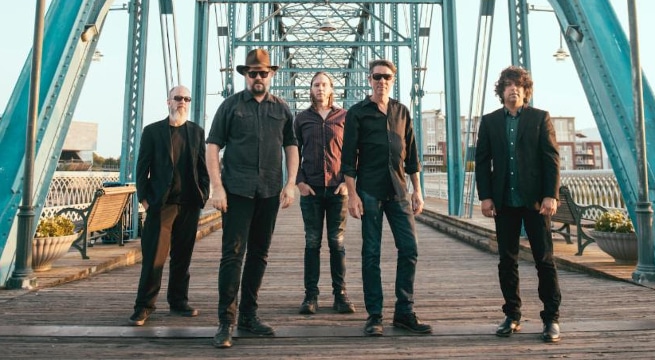 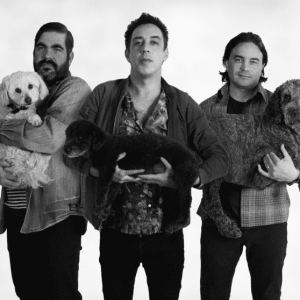 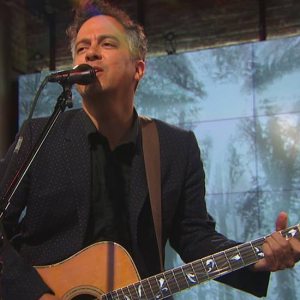