Like many pandemic-idled touring musicians, singer-songwriter Graham Wilkinson had to channel his creative energy somehow, so he turned to what he knows—putting his heart and soul into words and music.

In the years since his last album, 2016’s Because of You, the Austin-based artist had written several tunes deserving of life beyond his own hard drive. World events, including Covid, made some of them seem even more relevant now than when he’d written them. But another development gave him more subject matter—and a sense of urgency.

“My dad’s dementia diagnosis was definitely a huge part of what made me look at this catalog of work that I’d been developing over the years that … I just wanted to make sure saw the light of day,” he explains during a wide-ranging phone conversation. “I wanted to let him see this record before he gets out of here.”

The album, Cuts So Deep, is premiering at American Songwriter before its March 5 release. The title track, an incredibly catchy pop-folk song, conveys what Wilkinson says he so often could not during hurried—or missed—phone calls while on the road. The chorus is simple, but undoubtedly will resonate with anyone who spends too much time away from loved ones. In a voice that might remind listeners of Jakob Dylan, Wilkinson sings, I miss seeing your smile/Miss seeing your face. He’s finishing a video featuring family and friends repeating that line; their smiling faces include prominent Austin artists Tony Kamel of Wood & Wire, Shinyribs (Kevin Russell), Nakia, Drew Smith, Asleep at the Wheel’s Katie Shore and  Black Pumas guitarist/producer Adrian Quesada.

The album’s opening track, “How’s It Gonna End?,” was written not too far into the previous president’s term, a time Wilkinson describes as “kind of a bad dream.”

“As a folk singer, you just write about what’s going on around you wherever you are,” he explains. “I was thinking, man, with movies and preachers and the end of times and stuff, if things really did go wrong, what are the songwriters gonna say about what’s going on? And if they make it through, what are the songs that people are gonna sing? That was just an idea for a song, so I went with it.”

Though the album doesn’t have an actual theme, Wilkinson’s album-crafting method involves finding some sort of connective tissue. In this case, the bad dream segues into another day, starting with “Achin’ Head,” about waking up after staying up far too late. As his longtime friend  and producer Patrick Herzfeld thumps an easy drumbeat, Wilkinson starts to sound like a cross between fellow Texas native Kris Kristofferson and the illegitimate son of Okie JJ Cale. (It should be noted that Wilkinson’s and multi-instrumentalist Herzfeld’s hometown, Wichita Falls, is practically in Oklahoma.)

The song “Cuts So Deep” captures frustrations of the road. In the last few years, Wilkinson has spent significant time in Arkansas, Nashville, New York and Australia, where he traveled as part of a group of artists participating in a documentary about writing songs from “I’ll Fly Away” composer Albert E. Brumley’s lyrics.

“I don’t think it’s negative to acknowledge all of the rough shit in this world and all of the bad that’s out there, and the sadness,” admits Wilkinson. “But I think to acknowledge it and to look at and to want to write a song and make someone not feel so sad about it, that’s the best you can do. That’s the best I can do. That’s my job; I don’t really feel like I even have a choice in it anymore.”

Actually, the album exudes quite a bit of optimism. In the charming, soul-leaning “Funny Feeling,” his heavy heart is lifted by thoughts of goodness in the world, a loving family and close friends. A sweet reminiscence, it starts with a twang, then shifts into a New Orleans vibe (including brass and woodwinds) right about the time he slips in a “La-da-di-dah” moment that carries reminders of Joe South’s “Games People Play.” With the lyric So I sing a little tune, for all those songwriters/I am mindful of those who are gone, “Funny Feeling” reflects another theme that links these tracks: references to songs and the restless souls driven to write them.

Reggae influences permeate “Lucky” and “Rainbow”; the gentle back-porch picking of the lovely solo tune “Down By the Sea” conjures a bit of John Prine. Wilkinson says his parents imbued him with a sense of hope and optimism. “But the reason why we need the hope and optimism,” he adds, “is because things are challenging.”

And sometimes, one can have too much of a good thing. When all those nights of missing home and his loved ones suddenly turned into a family not used to spending all its time together, different challenges arose. During the February freeze, his household swelled to 10 people—including his wife, their twins, his parents, his sister and brother-in-law and their kids—and three dogs.

That experience might add even more meaning to another song, “This Town,” Wilkinson’s open-eyed “love letter to Austin,” which he describes as bursting at the seams. (For his sister’s family, which had relocated from Kentucky in May, that could be taken literally—three frozen pipes burst in their new home.)

Wilkinson also sings of dancing through storms, and doing his share of roaming; his travels also included six-month stint in Europe after quitting school for a while, and an even bigger adventure after he finally graduated: volunteering to live in the jungle and teach English in Micronesia.

That’s where he was, in 2003, when the event happened that, he says, “really solidified what I knew I needed to do—what I’ve been running from—which is writing songs and singing to people.”

The trigger was losing his brother, Aaron Robert Wilkinson, to a heroin overdose. A member of New York band the Moldy Peaches, he hung with Regina Spektor (who found him), Kimya Dawson and the Strokes, who dedicated their second album to him.

“I guess that’s the whole circle of the story right there,” the younger Wilkinson says. “I can’t sit there and run away from the fact that I’ve written all these songs and some of them, man, they came from pretty rough times, but I do hope that there is someone that hears a song that says, ‘Oh, I’ve felt like that’ or ‘that makes me feel a little better that I am not alone.’”

An earlier Graham Wilkinson song, “Let It Go,” contains another aspect of his philosophy in the lyric, Laugh until life makes sense. He and then-manager Justin Finck were on a flight to Nashville when they started riffing on the line. They found so many variations, they decided to turn them into an apparel line. Their T-shirts and caps are sold in some shops and online at untillifemakessense.com.

“Life never has and never will make sense,” Wilkinson observes. Sometimes you just gotta dance through the storm. But even that doesn’t always work. In “Don’t Leave Me Now,” Wilkinson reveals where he ultimately finds solace. He “gets to the heart of the matter” in one elegant eight-word line: All I can depend on is this song.

Wilkinson will livestream an album release show from Signal Hill Recording on March 5 at 8 pm. Central. A free livestream will be available on Purple Bee TV March 13 at 8 p.m. For more about Graham Wilkinson, visit his website.

Listen to Cuts So Deep here.

I use affiliate links 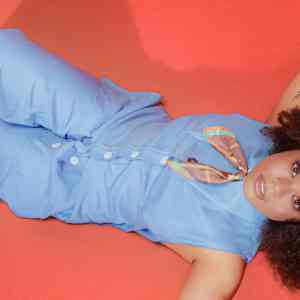